What Is Alcoholics Anonymous?

Alcoholics Anonymous (AA) is an international fellowship of individuals of all genders, races, religions, and socioeconomic statuses, who struggle with alcoholism and are trying to stop drinking. AA dates back to the 1930s and is guided by 12 steps that members work through to achieve and maintain sobriety. Members attend meetings, their identities are kept anonymous, and they pair up with sponsors who have already worked through the 12 steps. AA and other 12-step programs are helpful for individuals with any type of chemical dependency, and are often most effective when combined with evidence-based treatment.

Alcoholics Anonymous, or AA as it is more commonly known, is a group of people working together on sobriety. There is no official membership in AA; it is simply open to anyone who “has a desire to stop drinking.” AA describes itself as “nonprofessional, self-supporting, multiracial, and apolitical.” The idea is to provide an anonymous and supportive environment for people who struggle with drinking and want to make positive changes. Meetings are available in most locations in the U.S. and many throughout the world.

Using AA as a treatment for alcohol use disorder is based on following 12 steps, which include a spiritual or religious element. Other treatment programs have used the 12-steps or altered them to fit different needs. Some people use AA alone to manage addictions, while others use it in recovery after residential treatment or as an adjunct to medical care and therapy. When individuals join 12-step programs like AA, they build a social graph, or support group, of other individuals who share their goal of sobriety. Changing the group of people that you interact with —from other drinkers to non-drinkers—has been shown to significantly improve recovery outcomes. 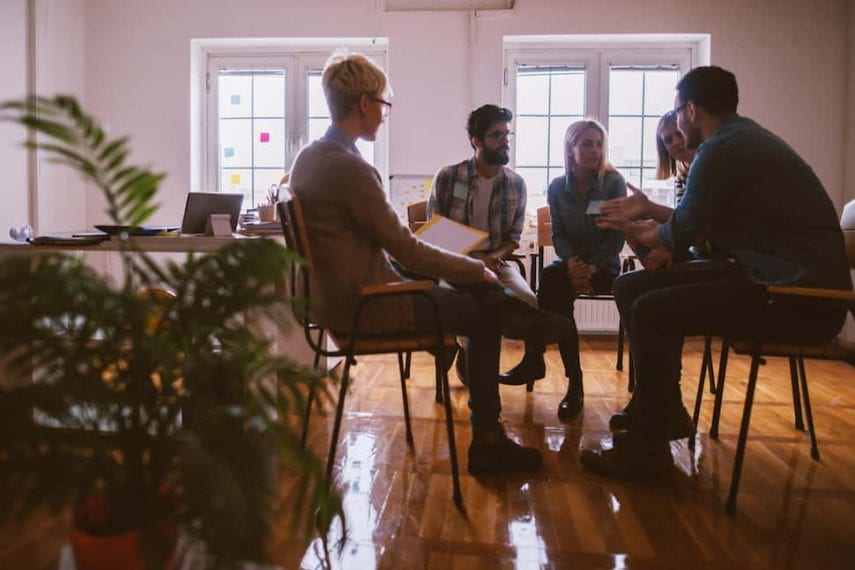 The History of AA

Alcoholics Anonymous was founded by two men who struggled with drinking in the 1930s: Bill Wilson and Robert Smith. Wilson was struggling through a third detox in 1934 and was in a financial hole. He was visited by a friend, Ebby Thacher, who had given up drinking after joining the Oxford group (a predecessor to AA), and embracing religion. His friend tried to get him to stop drinking by accepting God, but Wilson resisted. Finally, he did and also gave up drinking following the tenets of the Oxford Group, many of which were adapted for the AA program.

Wilson met Smith in 1935 and helped him stop drinking. Smith is known today to AA members as Dr. Bob and Wilson as Bill W. Together they created AA with the desire to start a larger sobriety movement. Wilson wrote the book Alcoholics Anonymous, also known as the Big Book, which includes the now-famous 12-steps. AA grew rapidly in the 1940s and beyond with support of the media and medical and religious organizations, and after high-profile people spoke out about how much it helped them get sober.

The foundation of AA is working through the 12-steps. When Bill W. and Dr. Bob founded Alcoholics Anonymous, they intentionally allowed groups to make their own rules and procedures, as long as they generally followed the steps as well as a set of 12 traditions, which include things like not discriminating, being self-supported and not relying on donations, and protecting anonymity. The 12-steps of AA, according to the Big Book are:

Because of the lack of organizational structure, there are no guidelines for how AA meetings must proceed. But, generally they are designed for people to anonymously support each other as they work through the 12-steps and become and remain sober. A big part of most meetings is members talking about how drinking impacted their lives, what they have learned in recovery, and facing life challenges using the 12-steps and the principles of recovery. There are many rituals in AA, such as reading selections from AA literature at the beginning and end of meetings. In addition, members celebrate recovery milestones at certain meetings as an additional way to support progress in recovery.

Meetings also offer the opportunity for people to choose and work with sponsors, members who typically have been sober longer and have experience working the 12-steps with a sponsor. Sponsors offer mentorship and support to newcomers to AA, introducing them to the process and helping them work through the 12-steps. A person can generally call his or her sponsor for help or support outside of meetings.

The Effectiveness of Alcoholics Anonymous

For addiction researchers, studying AA and its effectiveness can be challenging. Meetings are not standardized, so what happens in a meeting in one location may be significantly different from another. Also an issue is the fact that the organization is anonymous by nature, so tracking outcomes can be problematic. While many people do drop out of AA after a year or less, those who come back and continue to dedicate themselves to working the program are often able to achieve and maintain lasting recovery.

One of the better studies into the effectiveness of AA looked at a group of over 900 people struggling with drinking. They were divided into three groups. One received a 12-step, AA-style treatment, while the other two received other types of therapy traditionally used in addiction treatment. There was no control group, but the results showed that the AA treatment helped just as much as the other types in reducing drinking and duration of abstinence.

In another study the researchers compared AA as a treatment to a control group who received no treatment for problem drinking, as well as a group of people who sought treatment with addiction counselors. The results showed that AA attendance was at least more helpful than no treatment at all, and may be as effective as working with a counselor.

Critics of the AA program rightly state that it is not grounded in science. Unlike other types of treatment it has not been systematically studied to develop more effective strategies for managing drinking and abstinence. The studies that have been done simply follow people who choose to go to AA meetings, which are necessarily biased. And, for those for whom AA does work, it has been impossible to pinpoint what aspect of the meetings or program is responsible.

Another aspect of AA that some critics dislike is the requirement that members believe in and submit to a higher power. The original 12-steps use the word God, but it is acceptable for that to mean any higher power of a person’s choosing. In spite of taking religion out of the program, there is still a spiritual aspect that can be problematic for some people.

Integrating AA Meetings During and After Treatment

The evidence for 12-step recovery programs like AA is that it is helpful when individuals make a real commitment to the program. It has also been shown to improve recovery outcomes when combined with residential and/or outpatient treatment for alcoholism. It may never be possible to get a clear answer as to how Alcoholics Anonymous works, but what is known for certain is that it is a significant additional intervention when combined with evidence-based, professional addiction treatment.

AA is almost always a useful part of a treatment plan for alcoholism. The most effective treatment for substance use disorders is the one that is tailored to an individual’s needs. For many people that means participating in some type of support group during and after formal treatment. That group may be AA, it may be another 12-step program for chemical dependency, or it may be a variation on the 12-steps. It is important for every individual who struggles with drinking to find his or her own way of getting effective treatment, and discovering whether joining AA or another 12-step program can be helpful to them. 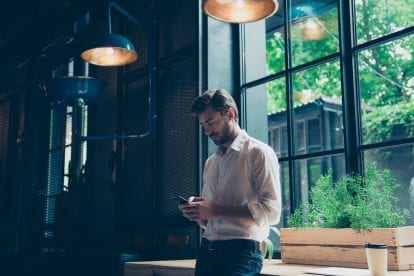