Don’t Fight This Battle Alone: Treat PTSD and Addiction Together 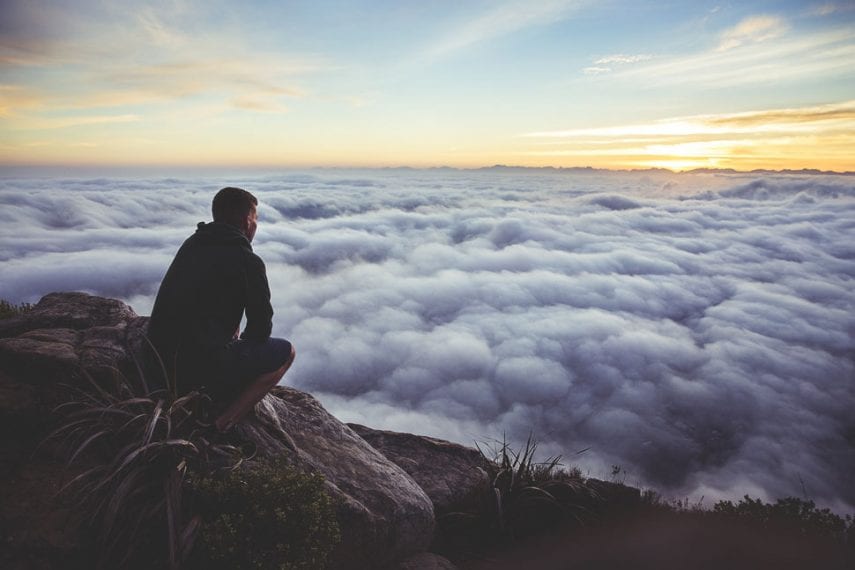 It’s not like you see in the movies, at least not for me. Maybe for some guys. But I don’t jump and take cover when a car backfires or anything like that. It’s more like, it’s more like I don’t belong. I can be walking down the street and suddenly be unsure if I’m alive or dead. I can go weeks without caring. And sometimes I see commercials of people my age dancing or whatever and not caring about anything and I just get so angry. And I don’t even think we should have gone over to fight, I wouldn’t want anyone else to. I don’t want other people to feel this. It’s just I don’t feel like anyone can understand, and that shakes me up, breaks me down. I feel alone, you know? Alone under this weird, choking weight.

I don’t know what’s worse- feeling like I can’t walk down the street alone anymore, or feeling like it was my fault for doing it in the first place. I know that’s not true, and feeling that way makes me feel even worse. I’m so angry and ashamed.”

The accident wasn’t my fault, I know. She ran into the street. But that doesn’t change anything. I saw it, I didn’t stop in time, and it’s all I can think about — so I try to make it impossible to think.”

They call it Post-Traumatic Stress Disorder, but there is nothing “post” about it. For people suffering from PTSD, whatever the initial trauma, the pain and anger, fear and shame are still a permanent part of their body. They’ve seen too much and felt too much — so they drink, or take drugs, or both, to dull the anxiety, the flashbacks, the nightmares, and the memories.

PTSD and addiction are nasty cellmates who are just looking for a fight; to fight back, you or your loved one needs to tackle both problems head-on — but first you need to identify and understand what’s wrong.

When trauma is embedded in every cell of the body

PTSD used to be known, somewhat derisively, as “shell shock,” and people cruelly thought it was a mental disorder, even a sign of weakness. We know that it isn’t. It is a physical and chemical reaction to trauma, involving the whole body. This reaction is a normal result of being traumatized, and people get it for brief times depending on the situation — but what happens when that response doesn’t go away? That “fight-or-flight” response becomes a danger to a person’s physical and mental health.

PTSD is isolating. The DSM-V states that the following criteria are present in cases of PTSD:

While PTSD is not caused by substances, the anxiety it causes can often lead to substance abuse. One scientific study on PTSD and alcoholism found that when we experience trauma, our endorphin levels are kicked up to help deal with the stressful emotions, by basically numbing them. After the trauma, when endorphin levels settle back, our bodies actually go through a kind of endorphin withdrawal. But alcohol also increases endorphins, so it’s a place many turn to when trying to get back to that state of endorphin-fueled numbness, until addiction now becomes a problem as well. Addiction, coupled with PTSD as co-occurring disorders, will weave together to create a knot of psychic and physical challenges that can only be unraveled by treating both at once.

Finding peace in a tumultuous mind

I still have memories. Things don’t just go away. But I can deal with them now. I know why things happened, and I know that, no matter what, I am still me. These memories are a part of me, but so are all the good memories I have, and more importantly, the so are the memories I am going to make. It’s pretty cool.”

Talking about PTSD can help your loved one heal, in the same way talking about their struggle with drugs or alcohol aids their recovery. Keeping in all those negative feelings gives that trauma power over them. They need to treat both of these diseases to become whole again; help them find a treatment center that specializes in co-occurring disorders. Help them take their power back. You can regain the person PTSD and addiction stole, and find a different, more enduring kind of strength during recovery.

Alta Mira offers comprehensive residential treatment for drug and alcohol addiction as well as co-occurring mental health disorders. Contact us to learn more about our renowned Bay Area programs and how we can help you or your loved one start the journey toward recovery.