When Vows Are Broken: Recognizing the Need for Sex Addiction Treatment 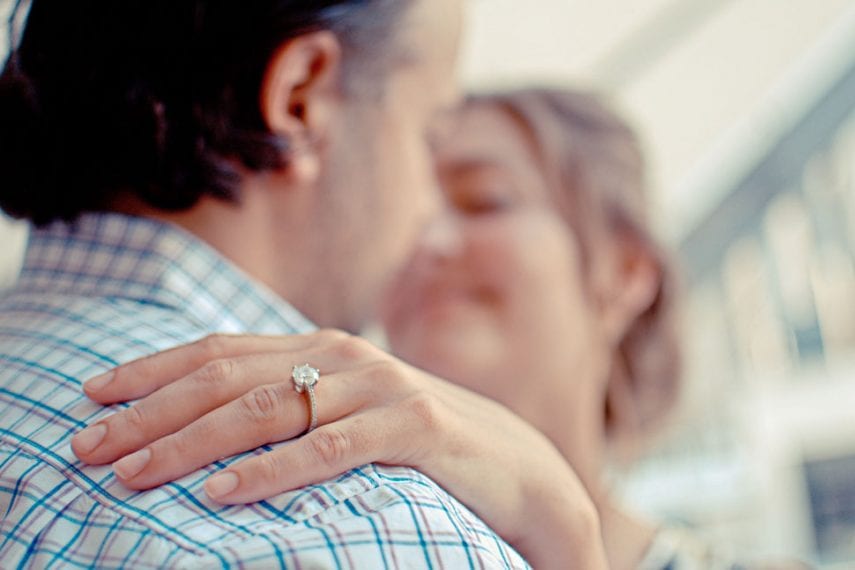 The recent hack of Ashley Madison, a website for married people looking for extramarital affairs, has thrown infidelity into the spotlight and exposed millions of people pursuing sex outside their marriages.

As the media frenzy dies down over the coming weeks, families will be left to recover from the shock of betrayal and seek answers to understand what spurred men and women around the globe to break their marital vows. For some, the answer is sex addiction.

Sex addiction is a much maligned and highly stigmatized phrase. Some doubt its validity and see it as a “get out of jail free card” for people caught in compromising situations. However, compulsive sexual behavior is a recognized process disorder that affects an estimated 3-6% of the population, and can have devastating consequences for both those who suffer from the disorder and their loved ones. While sex is an ordinary and healthy part of the human experience, when you are addicted to sex you become preoccupied with sexual behaviors to such an extent that it becomes a driving force in your life, often with devastating effects on you social and occupational functioning, physical health, and sense of self-worth. Your compulsive desire for sex may manifest in excessive masturbation, pornography use, and indiscriminate sexual encounters with others. Symptoms of sex addiction include:

The Search for Euphoria

The neurological experience of sex addiction is not unlike that of addiction to illicit substances: sexual encounters flood your brain with pleasure-inducing chemicals like serotonin, dopamine, and adrenaline, and you become addicted to the high you get from engaging in a sex act. As time goes on, you may engage in increasingly reckless behavior as you try to recreate the euphoria again and again; pornography use and online chatting may lead to seeking out sex partners in the real world–and when one partner isn’t enough, you may find 5, 10, 50 more. Writer Benoit Denizet-Lewis described the progression of his addiction in a powerful piece for The New York Times:

[T]here were never enough reviews, never enough guys, never enough validation. Within three months, I had hooked up with 20 guys from online. Within six months, I was routinely skipping out on friends so I could spend nights in chat rooms. Within a year, I had essentially lost the ability to control the time I spent on the Internet. For the life of me, I couldn’t sign off.

Often the most pleasurable aspect of acting out sexually is in the preoccupation of the act: the planning, plotting and anticipation of the behavior. [T]he individual will feel a euphoria that takes him or her out of uncomfortable or stressful feelings just thinking about the sexual act. The chemicals released in the brain act as a block to emotional discomfort. Often this coping mechanism has been a part of the individual’s life for a very long time. It has become automatic: when you feel stress or uncomfortable feelings, you recall a sexual encounter or begin planning you next sexual act. Your thoughts may become obsessive. When can I act out? How will I do it? What lies do I need to tell to cover up my behavior? Who will I meet or hook up with? What site will I go to, or how can I intensify the high with more danger, risk or intensity to get a better “hit”?

However, when the high has worn off you are often left with deep shame, sadness, and regret. In the absence of healthy alternatives, you may seek escape in sex yet again, continuing the cycle.

The Roots of Sex Addiction

While the exact cause of sex addiction is not known, experts have found a strong association between childhood experiences such as trauma or neglect and sexually compulsive behavior. As Denizet-Lewis writes, the compulsion for new sexual experiences may drive you to use sex to fulfill unresolved emotional needs:

I suspect that my addiction is a misguided attempt to find the acceptance and unconditional love I didn’t feel growing up. Clearly, not every person who has a lousy childhood becomes an addict, just as not every addict had a lousy childhood. But there is little doubt among those who treat addicts that the roots of addiction can often be found there.

Sexual abuse, in particular, may contribute to the development of sex addiction. For some, compulsive sexual behavior is an attempt to gain control over the trauma. Others have learned their sexuality is their primary worth, and engage in destructive sexual practices in an attempt to gain love, affection, and belonging. Regardless of the specific cause, compulsive sexual behavior is a maladaptive way of trying to cope with overwhelming emotions.

If you are experiencing compulsive sexual behavior, there is hope. Through compassionate, specialized sex addiction treatment, you can begin to examine the causes of your sexual compulsions and replace self-destructive patterns with positive coping mechanisms to take control of your life. If your addiction has damaged your relationship, family involvement in the therapeutic process can create a framework for understanding, and lay the foundation for a rebuilding of trust. By identifying your needs and learning to meet them in healthy ways, you can end the cycle of addictive sexual exploits and establish psychological and behavioral wellness. Sex addiction treatment allows you to create a more rich, balanced, and fruitful life, develop the ability to make meaningful, honest connections with other people, and, as Denizet-Lewis found, discover renewed purpose:

For me, recovery is about far more than not meeting strangers for sex in deserted parking lots. It’s about learning not to harm others or myself. It’s about living an authentic, unselfish life—the opposite of addiction. It isn’t easy, but it has saved my life—and, on most days, made that life worth living.

Alta Mira offers comprehensive treatment for people struggling with both substance and process addictions, including sex addiction. Contact us to learn more about how we can help you or your loved one.