Yes, Sex Addiction Is Real and It Requires Real Treatment 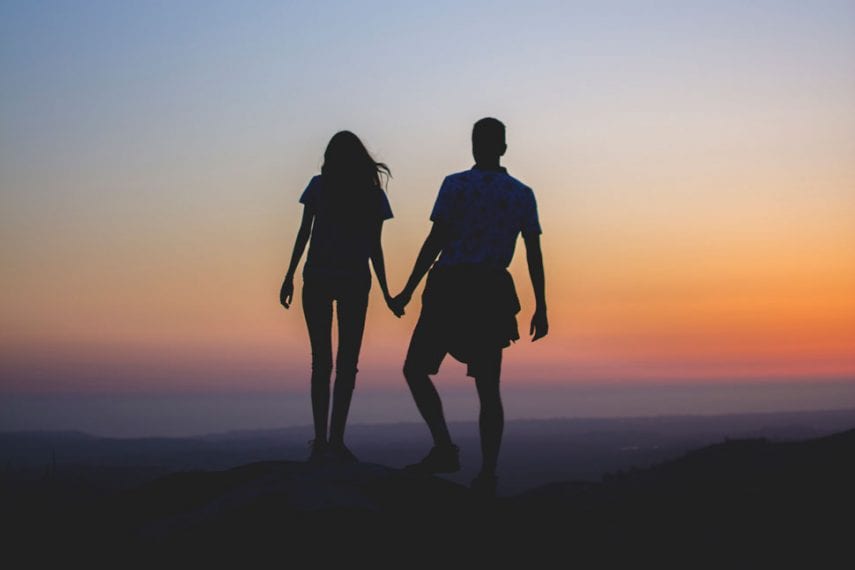 Sex addiction is often treated with suspicion or even turned into a joke, but it is a very real condition that stories show can cause immeasurable damage. New research showing the biological similarities between sex addiction and drug addiction could be a significant step towards broader acceptance of sex addiction as a discrete disorder and better treatment for those who suffer from it. If you or someone you love is struggling with sex addiction in addition to a co-occurring drug addiction, dual diagnosis treatment offers the best path towards recovery.

Few addicts have to try to convince others of their addiction. Usually it is the other way around; chances are that you were not the first to notice your unhealthy relationship with drugs or alcohol. In fact, it may feel like you were the last to know. But when a substance abuse disorder is accompanied by sex addiction, it can often feel like you are the one trying to talk others into believing in your struggle.

Sex addiction isn’t an official diagnosis in the DSM-5, the “bible” of psychiatric classification. This lack of inclusion leads many to question whether or not sex addiction is real, to or dismiss it as an excuse for bad behavior, an imaginary ailment dreamed up to explain away infidelity and promiscuity: “I always wonder how long it will take before the cheater plays the sex addiction card,” Dr. Peg O’Connor writes, demonstrating that idea. But while the lack of clear diagnostic criteria and legitimization that a DSM entry would offer may indeed open to the door for abuse of the term, those who experience sex addiction know it is all too real.

Stories From the Frontline

For Tom, a recovering addict in Australia, the reality of sex addiction meant compulsively using pornography and having sex with sex workers throughout his marriage as part of a quest for ever-more-intense sexual experiences. “Once I get into a state of anticipation around a reward, the consequential thinking part of me just switches off,” he says. “It’s exactly the same sequence of a drug addict or alcoholic who has two beers and then goes on drinking for three days. You introduce the substance or trigger for arousal, it switches off your control.” Eventually, that loss of control cost Tom his marriage, along with his self-esteem and sense of dignity.

For Zoe, the toll was perhaps even greater. Sex addiction is “different to a crush or being in love. That obsession with someone is destructive to every area of my life. It affected my friendships, health, work,” she says. Now in her early 30s, she spent years engaging in increasingly risky behaviors to fulfill her addictive drive at the expense of her physical and emotional well-being. “As a result of putting myself in progressively dangerous situations, I’ve been raped, had unprotected sex and got pregnant and had unprotected sex with people I knew had STDs.”

Sex Addiction as a Discrete Disorder

Although sex addiction is not included as a discrete form of addiction in the DSM, many within the mental health field have regarded it as a kind of impulse control disorder that is typically driven by deep psychological distress such as depression, anxiety, or trauma. “Those are some of the core issues that you start to see when you treat someone with sex addiction,” says John O’Neill, a certified addiction counselor at the Menninger Clinic. “You can’t miss those pieces.”

But now, evidence is starting to emerge that sex addiction may not simply be a symptom of other, underlying conditions, but a unique phenomenon in and of itself. Using functional magnetic resonance imaging (fMR), researchers at the University of Cambridge discovered that the brain activity of healthy people and those engaged in compulsive sexual behavior were observably different when exposed to pornographic imagery. As Dr. Tara Berman writes for ABC News:

Interestingly, the patterns of brain activation in these people mirrored those seen in the brains of drug addicts when they were exposed to drugs. Moreover, the three particular regions that lit up more in sex addicts’ brains – the ventral striatum, dorsal anterior cingulate and amygdala – are regions known to be involved in reward, motivation and craving.

The study lends strong support to the idea of sex addiction as a legitimate condition, similar to other forms of substance and process addictions. “There is no question [these people] are suffering,” says Dr. Valerie Voon, lead author on the study.

Their behavior is having a negative impact on multiple levels of function, especially social function, and […] they are unable to control their behaviors. I think [ours is] a study that can help people understand that this is a real pathology, this is a real disorder, so people will not dismiss compulsive sexual behavior as something moralistic. This is not different from how pathologic gambling and substance addiction were viewed several years ago. People are experiencing a disorder they need help for and resources should be put towards funding this and treating this.

Although the study is only one step towards increasing both understanding of how sex addiction works and acceptance of sex addiction as a diagnosis, the step is a big one. Dr. Richard Krueger, Associate Clinical Professor of Psychiatry at Columbia University, says he believes the findings could open the door toward DSM inclusion in the future. “[The study] supports the notion that this is a disease, in my view, and will influence experts and have some significant impact now through expression in the media.”

Treating sex addiction, however, does not require a DSM entry. Today, there are effective, evidence-based treatments available to help those struggling with sex addiction regain control over their lives and heal from the pain of their illness. When sex addiction and substance use disorders occur simultaneously, dual diagnosis treatment that allows you to explore both conditions and the connections between them offers the best option for recovery. Through comprehensive clinical care, programs like those offered by Alta Mira give you the support and guidance you need to make meaningful emotional and behavioral change guided by the insights gained through intensive personal exploration. In doing so, you minimize your risk of relapse from both conditions and break through the full scope of obstacles standing in the way of your healing.

“Recovery makes you look at the deeper issues, which isn’t comfortable,” says Zoe. “But the results were beyond anything I could have envisaged. It’s like calling a builder in to fix your door, but when you come home they’ve renovated the whole house beautifully. My mental health, self-esteem, career, health, family — all improved immensely.”

For Tom, treatment gave him a new understanding of his experiences and created a roadmap for him to move forward. “Any addiction hijacks life,” he says. “All my behaviours were about pushing away from intimacy. Recovery means I’ve got to be prepared to take risks; both in exposing myself and seeing someone else’s emotional vulnerability. But that’s the most healing thing: to realize that it’s OK to have those feelings and being a human being is messy.”

Alta Mira offers state-of-the-art treatment for people struggling with drug addiction as well as co-occurring mental health disorders and process addictions. Contact us to learn more about our renowned programs and how we can help you or your loved one start the journey towards lasting recovery.