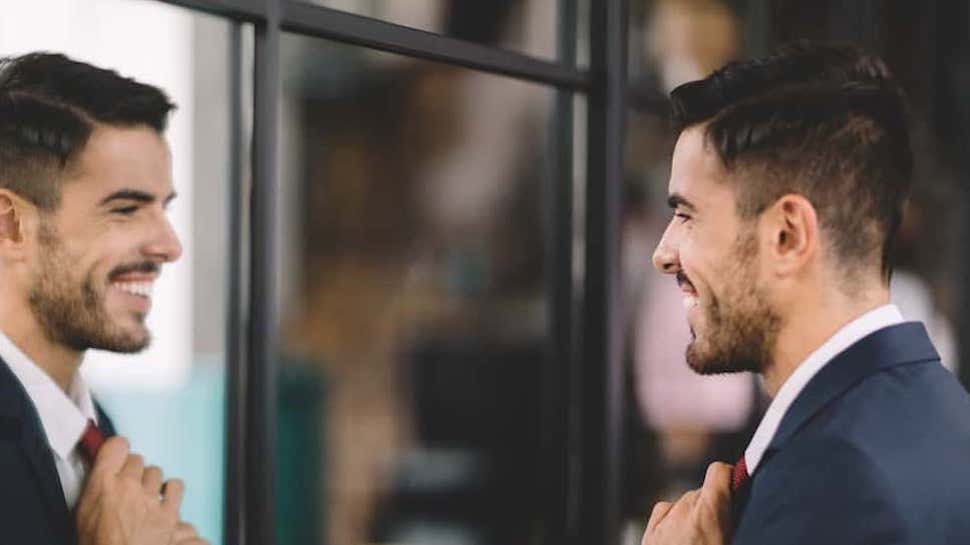 People who suffer from narcissistic personality disorder (NPD) must struggle to maintain their façade of superiority, and they often turn to drugs and alcohol to help them when stress and insecurity are at a peak. Addiction is common among NPD sufferers, and only with comprehensive dual diagnosis treatment will recovery be possible.

What Is Addiction and Narcissistic Personality Disorder?

People with narcissistic personality disorder (NPD) see themselves as naturally superior to others. They assume an attitude of extreme self-confidence, marked by boastfulness, arrogance, and a self-centered focus on themselves and their personal interests.

But at the heart of NPD lies a contradiction. While people with NPD seem to exude self-assurance, their pretentions and flights of egomania are in fact a cover for deep-seated insecurity and lack of self-esteem. Beneath it all, narcissists are the exact opposite of what they pretend to be.

More than most human beings, people with narcissistic personality disorder go through life motivated by a specific agenda. They need constant praise, attention, and recognition to verify their belief that they are special. They need that reinforcement desperately and are highly sensitive to rejection, real or imagined.

Holding their fragile egos together puts the narcissist under enormous tension. Inner conflicts must be repressed or denied even as the narcissist relentlessly hunts for praise and acknowledgment, which never seems to come despite their best efforts to encourage it. People with narcissistic personality disorder feeling misunderstood and unappreciated, yet at the same time they have a subconscious fear of being exposed as frauds.

Drug and alcohol addiction rates in the United States remain historically high, while narcissistic personality disorder is more common than most people realize.

According to recent research:

The latter statistics reveal the strength of the connection between NPD and addiction, and those who suffer from both are unlikely to attain lasting sobriety unless each condition is addressed.

Symptoms and Diagnosis of Narcissistic Personality Disorder and Addiction

The telltale signs of narcissistic personality disorder include:

Despite the arrogance, self-assurance, and intolerance for the flaws of others they exhibit in public, underneath the façade NPD sufferers are plagued by self-doubt, and they can slip into gloomy or morose moods when events bring their inner insecurities closer to the surface.

In many ways narcissism is like a wound that never heals, no matter how many pretenses of superiority the narcissist adopts. An NPD sufferer feels vulnerable to exposure, and their inability to face those fears honestly creates an enormous emotional and psychological strain. Instead, they hide the truth from themselves, and their need to live in denial makes them strongly attracted to the mind- and mood-altering effects of drugs and alcohol.

Over time, those who use drugs and alcohol to cope with mental health problems can easily slip into dependency, and in fact are likely to do so if they don’t get help. Addiction is a disease sown by seeds of deep personal dissatisfaction and disillusionment, and NPD sufferers usually experience ample quantities of such feelings.

When working with narcissistic patients, addiction specialists and others with a background in diagnosing addiction will recognize the signs of drug or alcohol use running out of control, and they are sensitive enough to the likelihood of co-occurring disorders to diagnose NPD if it is indeed present.

The Dangers of Overdose

Growing tolerance for drugs and alcohol inevitably accompanies addiction, and it is this need to consume more and more alcohol, cocaine, methamphetamine, heroin, or prescription painkillers that puts addicts at grave risk for overdose. In 2016, approximately 64,000 Americans died from a drug overdose and another 2,000 lost their lives from alcohol poisoning, which highlights how dangerous untreated overdoses can be.

People with NPD often develop drug and alcohol dependency, which increases the likelihood of overdose, and their excessive pride may prevent them from asking for assistance when they are in distress. When overdose is suspected in someone with narcissistic traits, companions should take the initiative to call 911 and ask for emergency assistance immediately, since NPD sufferers are unlikely to ask for help themselves or even admit that they need it.

Causes and Risk Factors for Addiction and Narcissistic Personality Disorder

Studies indicate that genetics account for about 25 percent of NPD risk. Environmental factors account for the rest, and most of the causal elements involved in the onset of narcissism can be traced to dysfunctional parent-child relationships.

The environmental risk factors for NPD include:

Ultimately, narcissistic delusions are a shallow coping mechanism, which can increase the lure of mind-altering intoxicants. Among those who choose this path, the likelihood of a substance use disorder developing is greater if they have a family history for this disorder, and any other type of mental or behavioral health disorder, or if they begin drinking or taking drugs during late childhood or early adolescence.

NPD sufferers with drug or alcohol problems frequently enter detox suffering from advanced drug dependency, since their fragile egos often prevent them from seeking help until their addiction is a raging volcano.

Before someone with co-occurring narcissistic personality disorder and addiction can begin formal treatment, they will usually have to undergo a period of medically-supervised detox, to make sure the withdrawal process is handled safely and without risk of unwanted complication.

Detox from alcohol or drugs can involve gradual tapering of drug dosage, the use of substitute medications that can reduce the intensity of withdrawal symptoms (mostly for alcohol or opioid dependency), early-stage psychotherapy to address mental health complications, and general medical care for any co-existing physical health conditions.

Detox will usually be completed in seven-to-10 days, in a hospital-like setting adjacent to a licensed residential addiction treatment center. After detox is completed, the patient will begin their inpatient or intensive outpatient treatment program.

Over the course of a lifetime, about 40 percent of NPD sufferers will develop symptoms consistent with a substance use disorder, and on an annual basis one-in-five will suffer from an alcohol use disorder and one-in-10 from a drug use disorder.

Complicating things further, mental and behavioral health disorders often form in clusters, and consequently people with co-occurring NPD and addiction may be at risk for other disabling mental or behavioral health conditions.

The disorders most frequently diagnosed in people with NPD include:

Alcohol and marijuana dependency are especially frequent among NPD sufferers with co-occurring anxiety disorders, while people with depression or other mood disorders may turn to stimulants like cocaine or methamphetamine in a futile attempt to boost their spirits and control their mood swings.

Prescription drug dependency is fairly common among all NPD sufferers, who tend to be hypochondriacs and often use their claims of sickness or pain to obtain prescriptions for addictive painkillers or anti-anxiety medications.

While NPD is often treated on a traditional outpatient basis, when comorbid with addiction something more comprehensive is needed.

Inpatient, intensive outpatient, or partial hospitalization treatment options offer by far the best hope of a sustainable recovery. A dual diagnosis of NPD and addiction requires a highly focused approach to wellness, and outside distractions of any type can be inimical to healing.

Psychotherapy is the primary treatment method for narcissistic personality disorder, and when addiction and NPD are treated together both conditions must be given equal priority during individual, group, and family therapy sessions.

NPD and addiction both cause significant levels of life disruption, and facing the consequences of past behavior and developing practical strategies to avoid future problems are paramount if recovery is to advance. Therapy is vital to this process, since people suffering from narcissistic personality disorder and addiction need a safe, supportive, comfortable environment that can help them break through the walls of denial they’ve spent their whole lives erecting.

Even though personality disorders are not amenable to pharmaceutical treatments, medications that counter the effects of withdrawal are often included in dual diagnosis treatment programs, to help addicts and alcoholics manage their ongoing cravings. Other possible additions to dual diagnosis treatment programs include life skills or relapse prevention classes, and instruction in holistic healing techniques that can help men and women in recovery manage their emotions and control triggers that can provoke substance use or narcissistic behavior.

As a follow-up to their inpatient programs, people with co-occurring addiction and NPD will continue their therapy in aftercare. Eventually, the lessons and strategies learned in treatment must be applied to real-life situations, and continuing care is essential to make sure the addiction and NPD sufferer can sustain their efforts to heal when the challenges are acute.

Why Choose Alta Mira Recovery for Narcissism and Addiction Treatment? 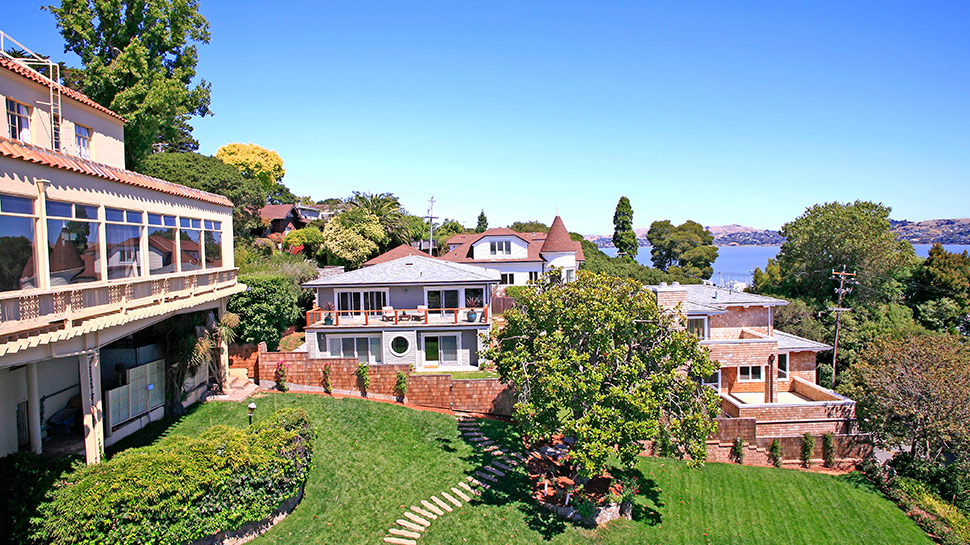 If you’re ready to learn more about our narcissistic personality disorder and addiction treatment programs, please contact us today.