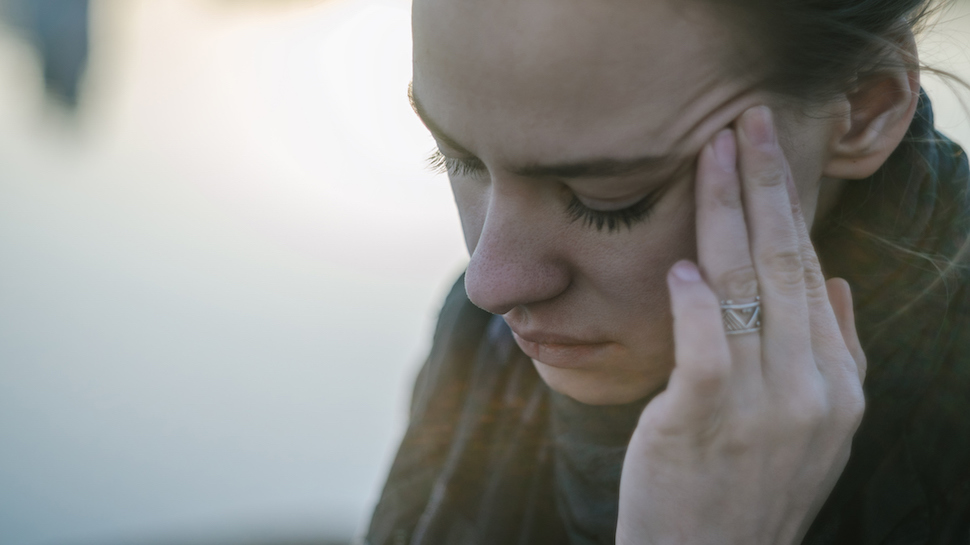 Alcohol and the medication Ativan are known for their ability to reduce the baseline rate of activity inside the body’s central nervous system (CNS). Both can impair judgment and create sedating side effects including drowsiness and dizziness. When taken in excess, each of these substances can trigger an overdose. Risks for an overdose increase substantially for anyone mixing Ativan and alcohol.

Ativan is a brand-name version of lorazepam, a medication that belongs to a class of substances called benzodiazepines. Benzodiazepines, in turn, are a group of sedative tranquilizers prescribed for the treatment of conditions that include seizures, anxiety, and insomnia. Doctors frequently prescribe Ativan as a treatment for officially defined anxiety disorders such as panic disorder and social anxiety disorder. They may also prescribe the medication as a treatment for other forms of anxiety.

Like all benzodiazepines, Ativan is a CNS depressant. Most substances in this category work by increasing the brain’s supply of a key chemical called GABA (gamma-aminobutyric acid), which slows down the rate of communication between nerve cells called neurons. When taken as prescribed, Ativan has a limited, therapeutic effect on the central nervous system. However, when taken in excessive amounts, the medication can trigger a dangerous CNS slowdown. This slowdown results in a benzodiazepine overdose.

An Ativan overdose is a potentially life-threatening situation. Signs and symptoms that indicate the onset of an overdose include:

Heavily affected individuals may lose consciousness, fall into a coma or die.

An Ativan overdose is clearly dangerous even in a person who consumes no other mind-altering drug or medication. The risks for severe health outcomes increase even more in individuals who combine the medication with other powerful substances. In fact, many people who overdose on Ativan or another benzodiazepine also have other substances in their systems.

Alcohol is also a CNS Depressant

Alcohol is one of the world’s most widely consumed mind-altering substances. Like Ativan, it is also a central nervous system depressant. People who drink in small amounts won’t necessarily notice the underlying changes produced in the central nervous system. However, these changes manifest more clearly when alcohol consumption starts to rise.

In a person with a blood alcohol level of 0.04 to 0.06 (well below the level of legal drunkenness), alteration of normal CNS function appears in the form of a reduced ability to think clearly and exercise good judgment. Central nervous system impairment grows more obvious in people with a blood alcohol level approaching the legal limit of 0.08, and includes things such as lack of muscle and body coordination, slurred speech, altered vision, and a reduced ability to react to changes in the local environment. Impaired function grows more and more apparent as an intoxicated person approaches the blood alcohol level capable of triggering an overdose.

An alcohol overdose occurs when blood alcohol levels reach a threshold of roughly 0.25 to 0.30. Doctors also refer to this state as alcohol poisoning. In a person affected by alcohol poisoning, three core functions of the central nervous system start to shut down: control over normal breathing, control over normal heart rate, and control over the body’s normal temperature level. Unless emergency assistance is quickly rendered, this loss of function can lead to severe, life-threatening side effects that include:

Other risks associated with alcohol poisoning include:

The Impact of Mixing CNS Depressants

Central nervous system depressants have an additive effect on the human body. This means that the presence of any two such substances in the bloodstream has a larger impact than a single substance would have on its own. A person who takes two CNS depressants at the same time (or within a short span of time) has increased risks for suppressing the brain’s normal function and experiencing severe, possibly fatal health repercussions. This fact is most clearly evident in people who consume substances in excessive amounts. However, combined use of CNS depressants can trigger problems even when consumption of each individual substance does not rise to a high level.

The Real-World Impact of Mixing Alcohol and Benzodiazepines

Periodically, federal health officials at the Substance Abuse and Mental Health Services Administration (SAMHSA), the Centers for Disease Control and Prevention (CDC), and other agencies examine the nationwide impact of combining alcohol with Ativan and other benzodiazepines. The latest federal figures show that thousands of Americans end up in the emergency room every year after mixing these two CNS depressants. Figures also show that, when compared to people in emergency rooms who only overdose on benzodiazepines, people who overdose on alcohol and benzodiazepines increase their chances of experiencing seriously negative health outcomes. 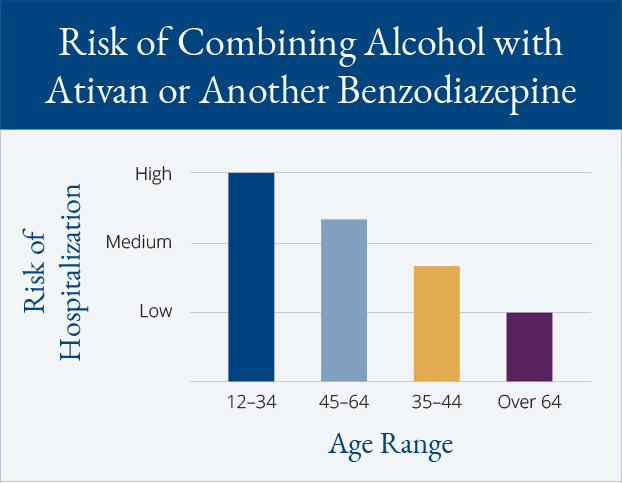 SAMHSA officials have also compared the health impact of combined alcohol/benzodiazepine overdoses to the impact of overdoses that only involve the use of benzodiazepines. In a person between the ages of 12 and 34, combined intake of alcohol and a benzodiazepine is roughly 24 percent more likely to cause serious problems than benzodiazepine intake on its own. The increase in risk is much higher in all other age groups, ranging from a low of 41 percent to a high of 43 percent.

Mixing Ativan and Alcohol with Opioids

Opioid drugs and medications are also central nervous system depressants. Every year, tens of thousands of Americans combine their intake of opioids with the intake of alcohol and a benzodiazepine like Ativan. Unfortunately, this practice results in thousands of annual trips to the nation’s emergency rooms. It also has an impact on the severity of overdose symptoms.

The combined use of benzodiazepines, alcohol and opioids increases the risks for seriously negative health outcomes in all age groups. For example:

Why Do People Mix Ativan with Alcohol?

There are several reasons why a person might take the risk of combining Ativan and alcohol. For example, some individuals may combine use of the two substances in a conscious attempt to relieve feelings of anxiety. Others may seek the same effect without fully understanding their underlying motivations. In some cases, people who begin taking Ativan may already have an established pattern of moderate or heavy drinking. In addition, some individuals may purposefully mix Ativan with alcohol in an effort to achieve an alcohol and Ativan “high” not achievable by consuming either substance on its own.

Ativan and other benzodiazepines such as Xanax (alprazolam) and Valium (diazepam) are widely prescribed medications. In fact, the number of benzodiazepine prescriptions issued by doctors has increased significantly in recent years. With the increased legitimate use of these medications comes heightened risks for misuse and abuse. Doctors try to limit the potential for problems by prescribing benzodiazepine use only for short periods of time. Unfortunately, since these medications are addictive, episodes of misuse/abuse occur with some regularity.

Drinking rates in the U.S. have declined in recent years. Despite this fact, in any given month, roughly half of all Americans over the age of 11 consume at least some alcohol. Nearly 50 percent of all drinkers go on periodic alcohol binges marked by heavy, short-term intake that leads to rapid drunkenness. In addition, millions of Americans have diagnosable cases of alcohol use disorder (alcohol abuse and/or alcoholism). Since drinking behaviors in an individual with alcohol use disorder are not always voluntary, people affected by the condition may continue to combine alcohol with other dangerous substances, even if they know the risks involved.

Residential treatment is essential for many people struggling with Ativan abuse/addiction or alcohol abuse/addiction. The first step in this process is medically assisted detox (detoxification) designed to limit the severity of withdrawal symptoms and establish initial sobriety. Upon completion of detox, program participants enter the active phase of treatment.