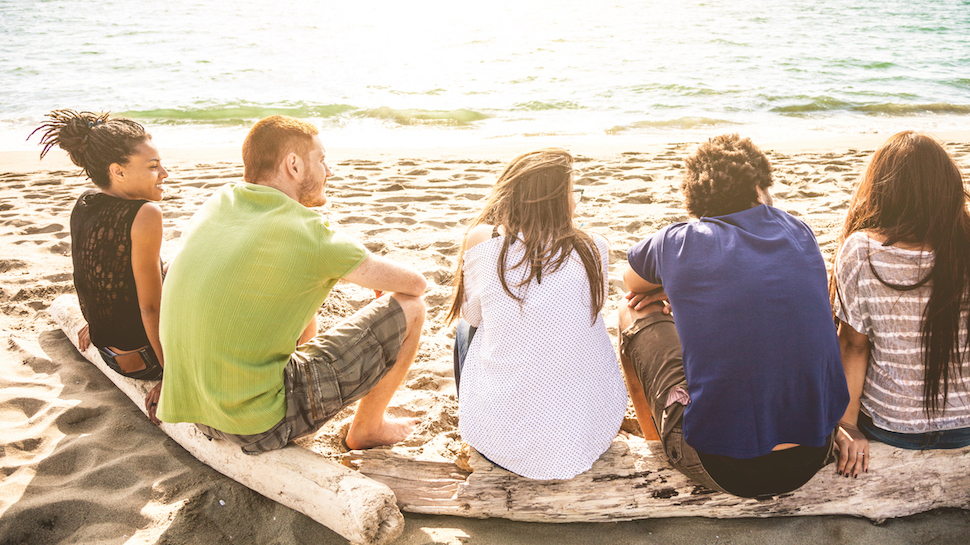 The combination of marijuana and alcohol, both depressants, can be dangerous. The ill effects produced by both substances may be increased when they are used together. These include inebriation, impairment, poor judgement, and loss of coordination. Combining marijuana and alcohol may lead to accidents, including motor vehicle accidents, and can increase the amount of THC, marijuana’s psychoactive compound, in the blood and brain. The combination may even trigger psychoactive symptoms or worsen mental illnesses.

As marijuana becomes legal for medical and recreational use in more states, its use with alcohol may become more of a common issue. Combining any two or more mind-altering substances is always risky, but there are specific reasons that using alcohol with marijuana can be dangerous.

Both have depressant effects, which can be magnified when they are combined. They both have the potential to cause psychotic symptoms or to worsen the symptoms of a mental illness. New research has also found that alcohol significantly increases the amount of THC, the primary psychoactive substance in marijuana, absorbed in the bloodstream.

Anyone who is misusing alcohol and marijuana could benefit from substance abuse treatment. Even if both substances are legal, combining them and using them irresponsibly is dangerous and may be a sign of a substance use disorder. Intensive treatment at a residential facility can help someone learn how to stop abusing drugs, alcohol, or both.

The Dangers of Combining Marijuana and Alcohol

Any combination of drugs, including alcohol, is potentially dangerous and very risky. In some cases, two different substances may have additive effects, meaning the harmful side effects they cause are similar. Using the two at once increases those effects, often to a dangerous degree. Sometimes two substances interact with each other in a negative way that can cause harm through new side effects.

With marijuana and alcohol there are many potential risks. Both have depressant effects on the body and central nervous system, so additive effects are possible. Each substance slows down breathing and heart rate and lowers blood pressure. Together, the two have the potential to slow these processes to dangerous degrees. Both substances also tend to lower inhibitions and impair judgement, meaning people using both are more likely to make risky decisions and to engage in dangerous behaviors, like driving while impaired or having unprotected sex.

Combining marijuana and alcohol can also impact the way each substance is absorbed. Marijuana decreases blood alcohol level, which in turn can lead a person to drink more, while alcohol has the opposite effect: it actually increases the concentration of THC in the blood. Both marijuana and alcohol have the potential to trigger psychotic symptoms in individuals, so the combination may increase that risk for some people.

When combining marijuana use with alcoholic drinks, the risk of drinking to excess is greater. This may be because of lowered inhibitions, but there may also be other, more complicated biological factors at work. Some studies have found that marijuana acts in the digestive tract in a way that results in a lower blood alcohol concentration than someone would have if just drinking. This may lead to a person drinking more to achieve a greater effect.

Marijuana use can also trigger alcohol poisoning or make a person more susceptible to this dangerous and potentially deadly medical crisis. Marijuana is an antiemetic, meaning it suppresses the urge to vomit. This makes it a useful medicinal substance for cancer patients undergoing chemotherapy and experiencing nausea, but with alcohol use it can be harmful. Under ordinary circumstances, as a person takes in too much alcohol the body responds by vomiting. With the antiemetic effect of marijuana, the body cannot easily expel the excess alcohol. A person may also choke on vomit because of the antiemetic effect.

Alcohol Increases the Amount of THC in the Bloodstream

Multiple studies have now found and confirmed that the combination of alcohol and marijuana significantly increases THC levels in the blood as compared to using marijuana alone. In one of these early studies, from 2001, researchers found that when people used marijuana and then had the equivalent of two shots of liquor, the levels of THC in their blood doubled. Those people in the study who consumed alcohol also reported feeling the effects of marijuana sooner, indicating that alcohol causes THC to enter the brain faster.

A more recent study found similar results. This study found that both THC and its primary metabolite, the substance it is turned into in the body, are increased when people combine alcohol with marijuana. These findings indicate that alcohol use with marijuana increases the high. This in turn may lead someone to become more inebriated than they meant to be.

The Risk of Accidents

Synthetic marijuana is a lab-made product that is supposed to mimic the effects of the natural cannabis plant. However, it is more accurately described as a group of products. Illegal laboratories make several substances that are similar to THC and spray them onto dried herbs to resemble marijuana. They then sell the products as incense, natural tobacco, or as materials to be vaporized in e-cigarettes.

There are several dangers associated with synthetic marijuana. The first is that this is not cannabis, the natural plant marijuana comes from; rather, it is a mix of changing synthetic compounds that resemble cannabinoids, the substances found naturally in marijuana, yet the product is often marketed as a safe and natural alternative to marijuana. Another danger is that the compounds are always changing, and it is impossible to know what substances are being inhaled or what their exact effects will be. The combination of these products with alcohol can be just as dangerous as with real marijuana, if not more so.

Marijuana is not only smoked—it can also be consumed to produce a high. Foods and candies that contain marijuana extract or TCH and other cannabinoids are called edibles. Eating edibles and drinking alcohol at the same time can potentially cause all the same additive effects and pose the same risks as smoking marijuana and drinking. There may also be additional risks.

One danger is that many people assume that consuming edibles is less risky than smoking marijuana. This is false and can lead to overconsumption. While edibles may eliminate the harm to the lungs caused by smoking, the impact of the marijuana on the body and brain is no different. In 2014, a man who had consumed an entire cookie containing THC later died after jumping from a balcony. The levels of THC in his blood were found to be much higher than the recommended limit for driving. He had been advised not to eat the whole cookie at once, but ignored that advice. The situation illustrates how easy it is to overdo it with edibles, and the combination with alcohol could only exacerbate the effect.

While not common, both alcohol and marijuana have the potential to trigger psychotic symptoms. Someone who is susceptible to this effect may be at an even greater risk of experiencing paranoia, hallucinations, or delusions when combining the two substances. Each substance can also trigger or worsen the symptoms of mental illnesses like depression and anxiety. The combination may exacerbate this effect with harmful consequences.

Even legal substances can be abused and cause addiction and substance use disorders. Combining marijuana and alcohol may indicate that someone is struggling and could benefit from help. Treatment that can be offered in a residential setting is ideal for helping patients learn how to make healthier choices, how to recognize triggers that lead to substance abuse, and to learn how to live life after treatment without relapsing and using again.

Combining any two mind-altering substances is always risky. What makes alcohol and marijuana so dangerous is that many people falsely assume that these substances are safer than illicit drugs like heroin or cocaine. This underestimation can lead to damaging consequences and even fatalities. Using either of the substances is never safe, and neither is combining them. Understanding the risks and consequences is important, as is knowing when to ask for help.