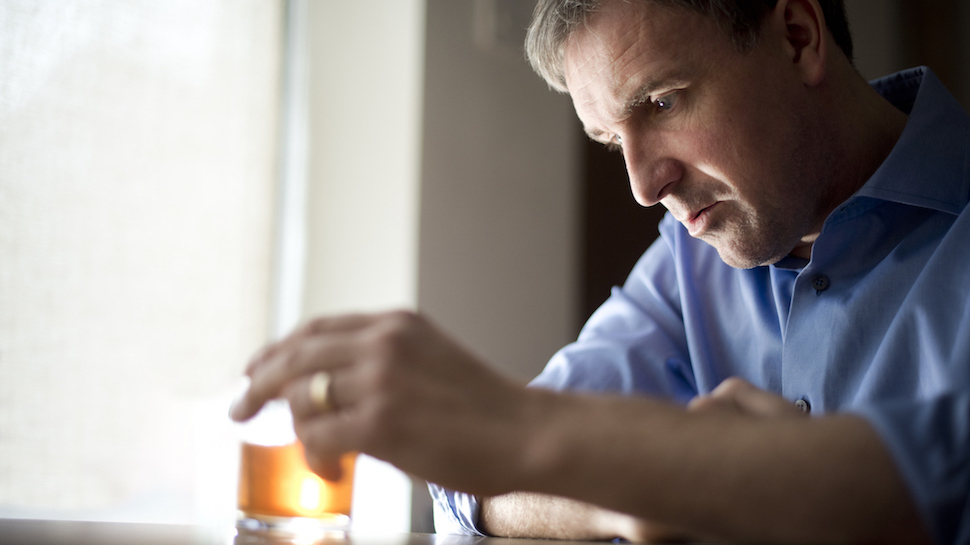 Alcoholism, also known as alcohol use disorder, is an addiction to alcohol that is characterized by an inability to control drinking, drinking in spite of problems that it causes, developing a tolerance to alcohol, and experiencing cravings and withdrawal when not drinking. Some people are more susceptible to alcoholism than others, and while there is no cure, good, consistent treatment after medically supervised detox can help manage this chronic illness.

Alcoholism is an addiction to alcohol or a pattern of misuse of alcohol that is problematic. Another term more often used by professionals today is alcohol use disorder. To be diagnosed with an alcohol use disorder, according to the 5th edition of the Diagnostic and Statistical Manual of Mental Disorders (DSM-5), a person must meet two of 11 criteria during one 12-month period.

This broad definition of alcohol use disorder includes many people with behaviors ranging from minor problem drinking patterns to full-blown addiction. However, the diagnosis is also broken down into mild, moderate, and severe categories. Someone diagnosed with a severe alcohol use disorder can be considered to be an alcoholic or to be dependent on alcohol. This means being unable to control drinking, experiencing negative consequences from drinking but continuing to do so, developing a tolerance, and experiencing withdrawal when not drinking.

Exact causes of alcoholism are difficult and sometimes maybe impossible to identify, but anyone who misuses alcohol and drinks a lot is at risk of developing a dependence. Some people are also more genetically predisposed to any type of addictive disorder, which can cause a quicker deterioration from problem drinking to alcoholism. As with other addictions, drinking alcohol regularly and in large quantities can cause changes to the brain over time that make it difficult to stop drinking. Some of the known risk factors—those things that make someone more vulnerable to developing alcoholism—include:

Symptoms and Diagnosis of Alcoholism

Signs of alcoholism are numerous and common among most people who struggle with drinking, although there may be some individual differences. Experiencing just two of these can indicate a mild alcohol use disorder. The more symptoms present and the more severe they are, the more likely someone is to have a severe disorder. The stages of alcoholism can quickly lead someone from a mild problem to a real addictive disorder. Symptoms of alcoholism include:

Alcohol poisoning is very serious and should be treated as a medical emergency. It can quickly lead to death if not treated as soon as possible. If in doubt that someone is suffering from alcohol poisoning, always call 911 or get the person to the emergency room immediately.

One of the most characteristic signs of alcoholism is withdrawal. Anyone who experiences withdrawal when not drinking and drinks to avoid those unpleasant side effects is physically dependent on alcohol. Withdrawal from alcohol can be severe and dangerous. The possible symptoms include:

A severe reaction to withdrawing from alcohol is called delirium tremens. It causes confusion, severe vomiting, agitation, hallucinations, a fever, and convulsions or seizures. It should be treated as a medical emergency, and although not common delirium tremens is possible for anyone who has a severe alcohol use disorder.

Because withdrawal from alcohol can be so uncomfortable and even dangerous, it is best to detox with medical supervision. Treatment is best done in a residential alcohol addiction center beginning with supervised, and sometimes medicated, detox.

There are also several physical health problems that can co-occur with alcoholism, mostly because of the damage alcohol abuse causes to the body over time. For example, fatty liver and alcoholic hepatitis are not uncommon in heavy drinkers because of how alcohol damages the liver. Also linked with alcoholism are chronic pancreatitis, malnutrition, cancer of the mouth, esophagus and larynx, and dental problems. Alcoholism may also co-occur with drug addictions.

Another common co-occurring issue with alcoholism is abuse of other substances. People who misuse alcohol also may misuse illicit or prescription drugs for similar reasons. This can be very dangerous, though, as certain combinations of alcohol and drugs can increase physical health problems and even increase the risk of overdose. For example, mixing alcohol with other depressants, like benzodiazepines or opioids, is dangerous because of the additive effects.

There is no cure for any addiction, but when it is viewed as a chronic illness and treated accordingly, alcoholism can be managed. The most effective alcohol addiction treatment is a combination of strategies that include long-term care at a residential alcohol treatment center, behavioral therapies, social support, and treatment of any co-occurring conditions.

Residential alcohol rehab begins with a period of detox, which should be medically supervised. This is then followed by one-on-one therapy sessions that help the patient determine what underlies his or her drinking problems and that teaches the patient how to change behaviors and make more positive choices. Residential alcohol treatment also typically includes working in groups, family therapy sessions, alternative therapies, nutrition, exercise, and planning for ongoing care after the residential stay is over.

The question, is alcoholism a disease, is commonly asked and often still debated. However, most experts now agree that it is a disease, or a chronic illness, that should be treated as such. It is not a moral weakness on the part of the alcoholic, as some people still believe. This means that anyone can be treated. A commitment to residential alcohol treatment in a facility equipped to help someone with alcohol abuse can lead to overcoming alcoholism and lifetime management of the disease.