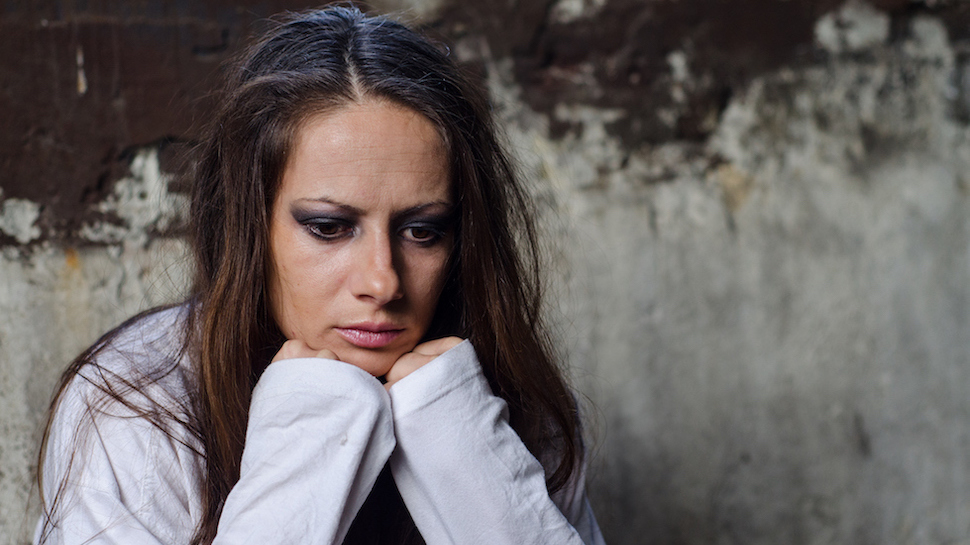 Opiate addiction is a chronic brain disease that leaves sufferers at the mercy of powerful, dangerous drugs. Opiates are legally available as prescription painkillers and also sold on the black market in the form of heroin, one of the most notorious of all illicit drugs. Opiate addiction is the second most common form of drug dependency, and without treatment the results of that addiction can be catastrophic. Fortunately, comprehensive inpatient programs for opiate addiction treatment are available and have a good track record of success.

What Is Opiate Addiction?

Opiates are chemical substances derived from the opium poppy plant. They are used to manufacture narcotic painkillers such as oxycodone, hydrocodone, fentanyl, and morphine that effectively suppress moderate-to-severe pain, but are also highly addictive if used too long or in excessive quantities. Heroin is an illicit street drug that also belongs to the opiate family, and it is just as addictive as its legal counterparts.

These drugs, which are also referred to as opioids, bind with receptors that are indigenous to the human brain, and in addition to their potent painkilling capacities they also produce feelings of euphoria, calm, and relaxation. Opiates are used to reduce pain, but they are also consumed recreationally, even when manufactured in medicinal form.

Whether they’ve been using opiate painkillers or heroin obtained on the black market, men and women who continually abuse opiates are putting their futures and their lives at risk.

Opiate addiction is a chronic brain disease that if left untreated will only get worse over time. Opiate drugs can be used interchangeably, and that is fueling the reemergence of heroin as a significant factor on the illicit drug scene.

Opiate abuse statistics reveal the extent of the misuse of these dangerous drugs, which are initiating a public health crisis:

Symptoms and Diagnosis of Opiate Addiction

Opiate addiction symptoms can vary somewhat based on the substances being used. While addiction to prescription opiates often develops gradually and may require sharp observational skills to detect in the early stages, the symptoms of heroin addiction usually manifest more rapidly, possibly in a matter of weeks. Heroin abuse also causes physical changes in the body that are impossible to miss.

The signs of prescription opiate addiction and abuse include:

People abusing heroin may exhibit any or all of these symptoms, while also showing additional physical signs of heroin addiction, including:

A developing opiate addiction can leave sufferers desperate to secure sources of the drugs they crave, and the list of opiate addiction signs also includes behaviors that reflect that desperation, such as:

To diagnose an opiate addiction, clinicians must identify the presence of distinctive symptoms that indicate opiate abuse.

One of the gravest risks for opiate addicts is overdose, which is a side effect of the tolerance for opiates that builds up over time. Long-term opiate abusers must consume more and more drugs chasing after the same effects, and beyond a certain level of consumption the chances of overdose become significant.

The current epidemic of drug overdose deaths in the United States is almost entirely related to the explosion of opiate use and abuse. Of the more than 64,000 Americans who lost their lives to drug overdose in 2016, opiates were implicated solely or in combination with other drugs (usually alcohol or benzodiazepines) in more than 53,000 of these cases.

There is a drug called naloxone (sold under the brand name Narcan) that can effectively counteract the effects of opiate overdose by blocking its capacity to bind with brain receptors. But naloxone must be administered quickly following a suspected overdose by paramedics or emergency department personnel, and if it isn’t the odds of survival will be reduced.

Since opiates are so effective against pain, at least when first used, those who are suffering from acute and chronic pain may be tempted to keep using them even after their initial prescription has expired.

Some pain sufferers may try opiates even when they don’t have a prescription, after purchasing them illegally or getting them from family and friends. Without a doctor’s guidance, it is easy for these people to consume them recklessly.

Other risk factors for opiate abuse include:

While some may be more prone to developing drug addictions than others, anyone who fails to use opiates only as prescribed could be in danger of becoming dependent.

Withdrawal from opiates can be a fierce, frightening, and overwhelming experience, and no one should stop using opiates abruptly or without medical supervision and assistance.

The symptoms of opiate withdrawal include:

Withdrawal symptoms will likely set in within a few hours of stopping the drugs, and will only become worse over time unless medical detox services are provided.

During detox, withdrawal symptoms can be safely monitored and managed in a hospital-like setting, such as an inpatient treatment facility, where comprehensive physical and psychological care is provided as needed. A therapeutic drug like buprenorphine may be administered as a replacement for the opiate(s) to which the person is addicted. These drugs bind to opiate receptors in the brain but produce neither the intense euphoria nor the powerful cravings associated with heroin or prescription painkiller abuse, making the withdrawal process much easier to tolerate.

Residential addiction treatment centers usually offer full detox services, which are often essential to recovery and must be completed before therapy and rehabilitation for addiction can begin.

People who abuse opiate painkillers recreationally often abuse other drugs as well, and heroin users usually have a history of experimentation and/or addiction to other illicit substances (and alcohol) as well. Meanwhile, those whose addictions emerge from opiate use for chronic pain frequently suffer from mental health problems related to their ongoing physical issues, such as PTSD and depression.

Substance use disorders and mental health disorders often have their roots in trauma, specifically in experiences that occurred during childhood. Exposure to abuse and neglect during the early years of life predispose people to a wide range of psychological, emotional, and behavioral health problems as adults, and drug addictions often emerge as a form of self-medication for those suffering from undiagnosed and untreated mental health conditions.

When opiate addiction and psychiatric conditions are diagnosed together, treatment programs must address all symptoms simultaneously if recovery from addiction is to be achieved.

Medical detox in a residential treatment facility is usually the first step to recovery from opiate addiction.

After detox is complete, patients will receive comprehensive inpatient treatment services, which will include regular psychotherapy in individual, group, and family formats, plus continued administration of replacement or substitute medications such as methadone, buprenorphine, and naltrexone that can help addicts control their cravings.

Other complementary therapies may be offered as a part of an organized healing regimen, including holistic mind-body treatments and various types of educational programs and life skills training.

After an initial 30-90-day rehab program is complete, recovering opiate addicts will have access to extensive aftercare, continuing care, and intensive outpatient treatment options that can reinforce healing and prevent relapse from occurring. Replacement medications may be recommended for long- or intermediate-term usage, since the vital role they can play in relapse prevention programs is well-established.

Opiate addiction is a challenging opponent. But with strict adherence to rehab and aftercare programs, recovering opiate abusers have an excellent chance of maintaining their health and sobriety long after formal inpatient treatment has finished.