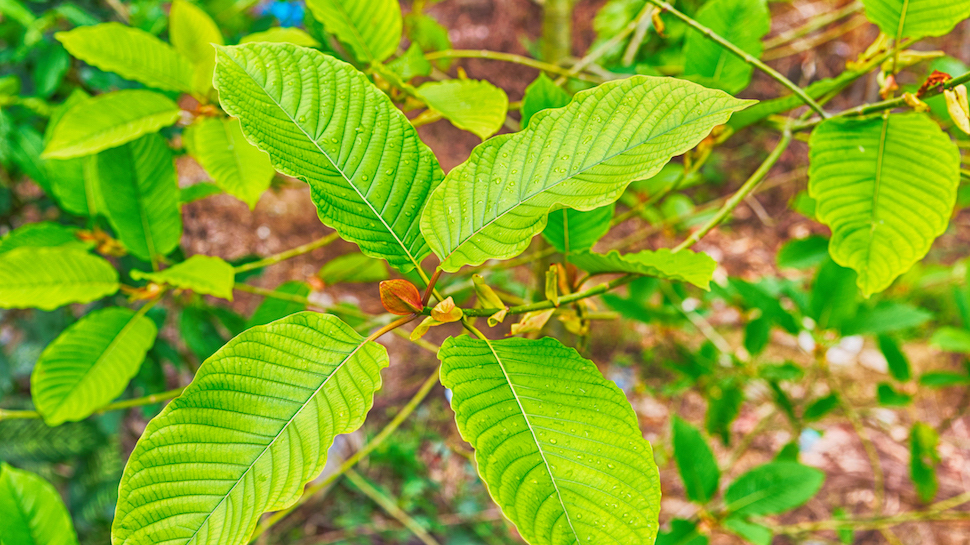 Is Kratom an Opioid?

Kratom is a natural, herbal supplement and alternative medication that some people use to manage pain and treat withdrawal from opioids. Kratom is unregulated and legal in most states, but recent research has found that there are serious risks associated with its use, including the possibility of death. The U.S. Food and Drug Administration recently released a statement that kratom has been found to contain opioid compounds, adding to the concern that this substance could cause real harm and add to the existing opioid epidemic.

The U.S. is experiencing an opioid epidemic, with more than 115 people having fatal overdoses every day related to one or more opioid drugs. Addiction and overdose rates are at all-time highs and are affecting people from all walks of life. The epidemic began with abuse of narcotic painkillers, like oxycodone, and is now continuing with a spike in use of heroin and the most potent opioid of all, fentanyl.

Now, another drug is being added to the list of harmful opioid or opioid-like substances, having a negative impact on public health. Kratom, which is used by many people as an herbal supplement or medicine, is a natural substance that may have medicinal effects but that also causes euphoria. The U.S. Food and Drug Administration (FDA) recently issued a warning that kratom is very dangerous and that new research indicates it does contain opioid substances.

Opioids are substances that are either found naturally in the opium poppy or that are synthetically derived from those substances. Morphine and codeine belong to the latter category. Synthetic or semi-synthetic opioids include heroin and prescription narcotics like oxycodone and hydrocodone. Opioids relieve pain but also produce euphoria and sedation. They may be used medicinally but are also used recreationally, and misuse can quickly lead to tolerance, withdrawal, and opioid addiction.

Opioids produce their effects in the body by acting on opioid receptors in the brain, spinal cord, and digestive tract. They act as depressants, slowing brain activity and heart rate, lowering blood pressure, and slowing respiration. Overdosing on opioids is a major risk because a large dose can slow down breathing to the point that it completely stops. If not quickly reversed, an overdose can be fatal.

Kratom (Mitragyna speciose) is a tree that is native to Southeast Asia. It belongs to the same family as the coffee tree, and the leaves have been used medicinally for hundreds of years, to relieve pain, as a stimulant—and in larger doses as a sedative—and to boost mood. In the U.S. kratom has become increasingly popular, both as an herbal supplement and as a recreational substance. It is imported from Thailand and other countries in which the tree grows, usually in the form of a green powder or a capsule of powder.

The substance is not illegal in most states the U.S., but it is often used in a similar way as illicit drugs. People may use it as a supplement and as an alternative type of medicine to manage chronic pain or even to reduce withdrawal from opioids and other drugs and to aid recovery from addiction. However, many other people use kratom recreationally, to get high. It acts like a stimulant at low doses, increasing alertness and energy, while at larger doses it acts like a depressant and produces euphoria, much like opioids.

While some people who use kratom, either for pain relief or drug withdrawal, and rely on it and swear by its effectiveness, this is a substance that has not been extensively tested for safety or side effects. There are some known side effects that may occur, but long-term risks of harm are not well understood. Potential side effects and risks of kratom include:

There is also some evidence that in rare cases kratom use may trigger psychosis. Psychotic symptoms include losing touch with reality, hallucinations, delusions, or a feeling of detachment. Another important risk of using kratom is that it may not be pure and could be laced with other substances that cause harm. There is no way for the user to be sure there is no contamination. Finally, kratom causes euphoria and is a psychoactive product with opioid-like effects, which means there is potential for abuse and addiction.

A big reason that kratom has been in the news is that there is increasing evidence accumulating that kratom can be more harmful than previously believed and that it is being used by more people than ever before. In 2016, the Centers for Disease Control and Prevention (CDC) reported results from a study of poison center calls that involved exposure to kratom. The study found that the number of calls related to kratom increased from just 26 in 2010 to 263 calls in 2015, a significant jump.

Approximately one-quarter of the people who were the subjects of the poison center calls suffered only mild medical issues. Side effects were moderate for over 40 percent of the people exposed to kratom, and for just over seven percent the side effects were serious, potentially life-threatening, and caused some degree of long-term disability. There was one death that involved kratom mixed with other substances. The most common side effects reported in the calls were rapid heart rate, drowsiness, nausea, and high blood pressure. The CDC concluded from this study that kratom is an emerging public health threat and that its use is increasing.

The U.S. Food and Drug Administration (FDA) released a statement in November of 2017 that warned the public that the evidence, such as that presented by the CDC, is increasingly pointing to the fact that kratom is dangerous. The statement warned that many of the effects of kratom are similar to those caused by opioids, like narcotic painkillers and heroin. The statement included several warnings but especially emphasized that kratom may be adding to the already existing opioid addiction and overdose crisis in the U.S.

The FDA issued an updated warning about kratom on February 6, 2018 stating that ongoing study of the substance determined that it does indeed contain opioid compounds. Researchers at the FDA used computer modeling technology to investigate the chemical structures of 25 of the major compounds found in kratom. What they discovered was that 22 of these compounds bind to opioid receptors, effectively making them opioid substances. Furthermore, the researchers found that these compounds bind strongly to the receptors, as strongly as known opioids, like heroin or morphine.

The FDA warning also stated that the agency has received reports of 44 deaths associated with kratom use. As an opioid-like substance, it is possible these deaths were similar to opioid overdoses, but more information is needed to confirm that. The agency reported that there is special concern that many of these deaths include use of kratom and other medications. It warns the public that there could be very serious risks of combining kratom with other drugs that are not yet well understood.

Using Kratom to Aid in Recovery

The FDA also included in its statement that many people who use kratom do so to aid in recovery from opioid addiction. The rates of addiction to these drugs have increased in recent years, which may contribute to the growing use of kratom. As an opioid substance, kratom may be useful in aiding recovery by reducing cravings and lessening withdrawal, much like methadone is used for heroin addiction.

The concern, according to the FDA, is that people using kratom in this way are generally doing it without medical supervision. Furthermore, they are using a substance medicinally that has not been extensively studied for this purpose and is not regulated by the FDA. This poses many risks, such as the dangers of combining kratom with other drugs, unknown side effects, and a lack of purity in the substance.

The statement from the FDA is important and should be taken seriously. While it is possible that kratom could have useful medicinal purposes, the fact remains that it is understudied and unregulated. Many people make the mistake of assuming a natural substance is safe simply because it is natural. Any medicinal substance can be risky and should be used with extreme caution. Now that the FDA has confirmed kratom contains opioid compounds, the known risks of using this drug are even greater.