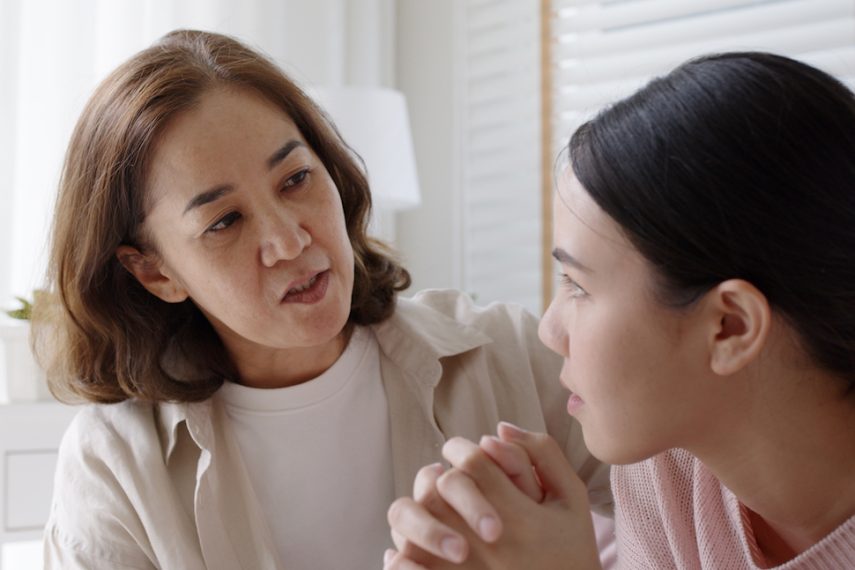 College drinking is an ongoing problem on many campuses, despite efforts to curb it. Many parents are not fully aware of the problem and the risks to their students. They must learn the facts about campus drinking and be transparent with their college-bound kids about the potential consequences of drinking to excess. Parents can and do influence their children’s choices and behaviors on campus.

College is the perfect storm of conditions for binge drinking and heavy drinking. Kids are no longer under the direct supervision of their parents. They face peer pressure and want to fit in when making new friends. And, of course, most college campuses have abundant alcohol available.

College drinking is a real problem, both for public health and for individuals. For your college-bound teen, excessive drinking could lead to academic problems, a substance use disorder, injuries and accidents, assaults, and in the worst case scenario, death.

The good news is that teens do listen to their parents. Your open expectations for your child make a difference and influence their choices. Here’s what you need to know.

1. The Consequences of Drinking Too Much Can Be Immediate and Serious.

Most people understand that there are long-term consequences of years of heavy drinking, including alcoholism, liver disease, and even death. What many don’t stop to consider are the potential short-term consequences and how serious they can be.

Share these frightening government statistics about the consequences of college drinking with your teen:

2. Binge Drinking Is Less Than Most People Realize.

Moderate drinking is not generally a problem, but heavy and binge drinking can cause these serious consequences. A major issue is that many people have no idea what constitutes a drink, too many drinks, or binge drinking.

Many people also fail to understand what constitutes a single drink and over-drink as a result:

Make sure your child bound for college understands not just the consequences of binge drinking, but also what it means.

3. It Is Possible To Overdose and Die From Drinking.

This isn’t a fact meant to scare parents unnecessarily, but it is important to be aware of the severe consequences of severe binge drinking. Fatalities from alcohol poisoning occur every year on campuses around the country.

These incidents are sometimes the result of hazing, an abusive practice some fraternities inflict on new members. In 2021, Stone Foltz, just 20, died of alcohol poisoning during hazing at Bowling Green State University. As part of the ritual, Foltz was encouraged to drink a liter of liquor in under 19 minutes. Not only did he lose his life, but several fraternity members were convicted of crimes.

Certain drugs available on campuses make drinking to excess even riskier. In 2022, Ciaya Whetstone, a University of New Orleans student, died after taking fentanyl and binge drinking. Both substances have a sedative effect, increasing the risk of accidental death.

4. There Are Risk Factors for College Binge Drinking.

Having risk factors is not a guarantee that your child will struggle with alcohol in college. On the other hand, if your child has several of these, it’s important to be aware that they are at greater risk and could benefit from more protective factors. Risk factors for college binge drinking include:

The more aware you and your child are of the risk factors and risky events, the more educated they will be to make smarter choices about drinking.

5. Parents Do Influence Their Children’s Drinking

Don’t assume your children aren’t listening or following your example. What parents say and do regarding alcohol can have a positive influence on teen and college drinking. The message you send matters.

Many parents think that allowing their children to drink in moderation as teens is a healthy way to teach responsible drinking. The idea is that when alcohol is a forbidden fruit, children will be more likely to drink excessively later.

Research finds that, in general, this isn’t true. Studies show that when parents set clear expectations about not drinking in high school, their children are less likely to drink to excess in college. In one study, college students who did not drink during high school drank less on average than those who did—1.8 drinks at a time compared to five drinks on one occasion.

How To Talk to Your Child About Drinking

Before you send your child off to campus for their freshman year, talk to them about drinking. Share these facts with them, and take encouragement from the research that shows you can influence their choices, even when you’re not there. Here are some tips:

Sending a child off to college can bring mixed emotions to parents. You have prepared them for independence, yet letting go is challenging. The temptation and pressure to drink is one of the challenges your child will have to face once at college. They should be just fine if you have gotten them ready for it.