Blame is a Burden: Release It on Your Road to Addiction Recovery 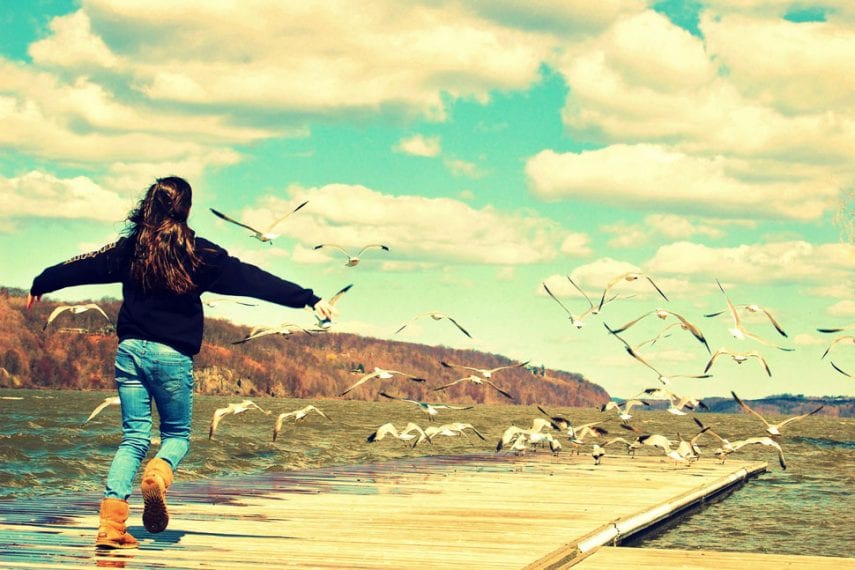 Joe has been in treatment for his drug addiction for several weeks, and has come so far–he is already beginning to feel like a different person. Pride in himself, something he hasn’t felt in a while, has begun to wash over him like a light breeze. He has done a lot of work in both individual and group therapies at Alta Mira, and has been able to recognize the unhealthy behaviors that could impede his treatment and recovery, and discovered that he still often blames others for his addiction and certain choices he has made–even if he doesn’t say so out loud. He recognizes that when he has negative or blame-filled thoughts, his mood is affected, his therapy sessions don’t feel as successful, and he feels a loss of control over his recovery.

Because Joe wants to fully commit to the recovery process, he knows that he must put a lot of effort forth in this area; he also knows that in order to really become a healthier person, he must be the one to accept full responsibility for his addiction and its effects. Joe decides right then and there that because he can’t change the past or what happened in it, he is going to eradicate the word “blame” from his vocabulary, and instead become responsible for his bright future ahead. During every therapy session at Alta Mira, he works diligently with his therapist to release blame toward others and instead focus inward.

Understanding that playing the blame game can be detrimental to your recovery is key. Although the instinct to place blame on someone else is completely human, it takes away your power in claiming responsibility for your addiction, and can make the treatment and recovery processes more difficult. You have the power to control your choices and forgive yourself–which will make releasing blame easier.

Accept yourself for all of your faults and flaws.

This might be the hardest thing you will do in recovery, but accepting yourself as you are can drastically change the way you view yourself. Often, both personal shame and guilt can prevent us from fully loving ourselves the way we should, and self-love is an integral part of this process. When you release both the shame and guilt you feel about your addiction and its effects, you will feel more comfortable accepting yourself–every single piece! Because you are human, you have faults and flaws just like anyone else, and loving yourself in spite of both is the greatest gift you can both give and receive.

Joe really struggled with this part, and decided to try something new: for one aspect of his treatment, his therapist had him look at himself in a mirror, right in the eyes, and say, “I love you.” It was strange for him at first, but he did it again before he went to sleep. The next day, he did it again. The following day, Joe did it twice. Soon, the self-love Joe had developed by doing such a simple task had given him the courage to accept himself and his past choices, allowing him to take the next important step.

Recognize your loved ones as faulted and flawed humans, too.

No matter what the people in your life have done to contribute to your addiction, you must remember that they are faulted and flawed, too–and that is because they are human. This does not necessarily mean that others have not played a role in your addiction; it means that despite whatever role they may have had, you are ultimately taking responsibility for your past, and recognize that they may have been struggling with something, too.

We call our loved ones so because, well, we love them. Understanding that they face personalstruggles and tough choices every day, but choosing to love them in spite of both will help you bring a great sense of power and control over your emotions, making it easier to recover with love and acceptance over blame.

Understand that blame is a negative emotion that prevents healing.

Because our emotions are absolutely connected to our health, you can imagine that negative emotions don’t have positive effects on our bodies. In fact, research has shown that just five minutes of a constant negative emotion can impair your immune system for up to six hours! While blame isn’t technically an “emotion,” it actually is worse–it is the result of a whole host of negative emotions: sadness, anger, guilt, shame, emptiness. Likewise, positive emotions can drastically improve the health of both our minds and our bodies, two things that are absolutely vital to recovery.

Think of Joe again: he is committed to recovering from the inside out, and is dedicated to replacing negative emotions with positive ones. At first, this was very scary for Joe–he didn’t even want to think about things from his past. He soon realized that by giving voice to his negative emotions in therapy and journaling what he was feeling, he was able to recognize and understand them better–allowing him to let go of those shreds of blame that still existed. Through hard work, love, and the support of loved ones and staff members, he no longer let blame prevent him from truly healing.

Resolve to bury the blame once and for all.

While saying goodbye to blame can be very difficult, it is also an empowering and transformative experience. Because you are making a conscious choice to let go of emotions that bring you down, you can begin to choose those that will make your recovery process much more fulfilling, and you, in turn, happier. With a combination of therapies during your stay at Alta Mira, learning how to say “no” to the blame game can become extremely easy.

While the emotional road to recovery is tough, it is one that is absolutely walkable with the right support. Don’t allow blame to take over your life; instead, stop it in its tracks with the help of superior treatment here at Alta Mira. We have a team of compassionate, reputable addiction treatment experts in various disciplines who are dedicated to helping people break free from substance abuse. Please contact us today.