Is Cannabis-Induced Psychosis Permanent? Answers for College Students and Parents 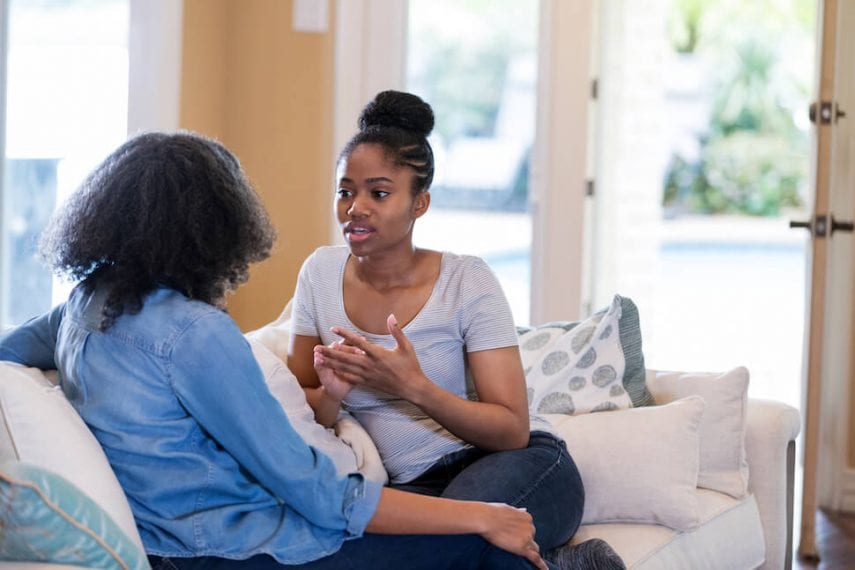 Cannabis use is on the rise among young people in America. This is concerning because, although marijuana carries fewer health risks than many other drugs, it can be harmful. Young adults and teens are especially vulnerable to the risks, including serious mental health issues. Cannabis use can actually trigger psychosis or the onset of a psychotic condition. In many cases this is temporary, but for some people it can become a lifelong condition that requires ongoing care.

With more and more states legalizing not just medical but also recreational marijuana, the risks and dangers of using this drug gain greater importance.

For parents of college students, this may be a special concern. Before your children head off to college, discuss the risks of using cannabis.

Psychosis is a real, although not common result of marijuana use, especially in young people. The consequences can be serious even when the duration is short. For some people, psychosis triggered by cannabis will never truly go away.

When my youngest daughter Kat left for college, my husband and I were relieved, sad, excited for our and our children’s futures. We had mixed emotions for sure. Our other children had been to college, graduated, and gotten jobs, established great relationships, even gave us some grandchildren. We hoped for no less for Kat.

At first everything seemed to be just fine. She enjoyed her classes, called to talk to us a few times a week, and her first set of grades were good. But by the time her next grades came out, they had dropped. We only heard from Kat once every couple of weeks.

Then, we got the call all parents dread. Kat had been hospitalized. We were so confused as to what had happened. They told us she wasn’t sick or hurt, but that she was psychotic. We didn’t even know what that meant. After rushing to the hospital we saw Kat, but she was different. She was paranoid and didn’t even recognize us at first.

We had a harrowing few days, but after she recovered we learned that Kat had been smoking pot with her new friends and that it had escalated to a daily habit. We found out from her doctors that she had gone through drug-induced psychosis. Fortunately, for now, the psychosis is over. To be safe, we took her out of college for a month-long treatment program. They addressed drug addiction and mental illness. Now she has the tools to go back to school, avoid using drugs, and monitor her mental health.

Most Cases of Cannabis-Induced Psychosis Are Short-Term….

The good news for parents worried about their college students using marijuana is that cases of this type of psychosis are generally short-lived. Studies investigating cannabis-induced psychosis have most people affected see their symptoms resolve in a matter of just a few days. The symptoms generally do not recur later and resolve once the drug is out of the body.

The Connection Between Marijuana and Psychotic Disorders

While many users who experience psychosis only suffer for a few days and have no recurrences, there is a troubling connection between marijuana use and the development of psychotic disorders. The connection is strongest in young people, teenagers, and adolescents.

The real risk of developing ongoing psychosis as a result of marijuana use is related to mental illness. If your child is predisposed to a psychotic condition or has other risk factors for schizophrenia, bipolar disorder, or psychotic episodes, cannabis may trigger them. Marijuana is another additive risk factor that increases the odds your child will have these mental health issues.

In the event that marijuana use triggers or uncovers symptoms of a psychotic condition, the effects can be long-lasting, even permanent. These mental illnesses are generally chronic. There may be periods of remission, but they require ongoing regular treatment. Relapses are always possible.

Managing and Treating Drug Use

If you believe or know that your child is using marijuana, discuss these very serious risks. It may be useful to help your child stop using by providing treatment options. Outpatient counseling can help, but consider a residential program for treatment that will provide long-term solutions.

Residential care offers expert treatment from a variety of mental health and addiction professionals. Your child will learn in a safe environment and benefit from the support of other residents. They will get and practice the tools necessary to move forward in college and in life without feeling the need to use drugs. Getting ahead of the problem now could prevent more serious consequences later and set your child up for lifelong good mental health.

If your child does develop psychosis from using cannabis, there are treatment options. For short-term cases hospitalization may be necessary, but consider adding on therapy as well. This can help your child learn to stop using drugs and manage any lingering mental health issues.

For a psychotic condition like schizophrenia, your child will need lifelong treatment. A good place to start is with a residential program. For a serious mental illness like this, residential care is the best option for comprehensive treatment, medical care, and safety.

Cannabis-induced psychosis is a serious mental health problem. Even in short-term cases the consequences can be damaging, including injuries or accidents. If your child is in college or heading there soon, have this very important talk about how dangerous this drug can be. Many young people assume marijuana is always safe, but this simply isn’t true.

Alta Mira offers comprehensive treatment for people struggling with drug and alcohol addiction as well as co-occurring mental health disorders and cannabis-induced psychosis. Contact us to learn more about how we can help you or your loved one start the journey toward lasting recovery.