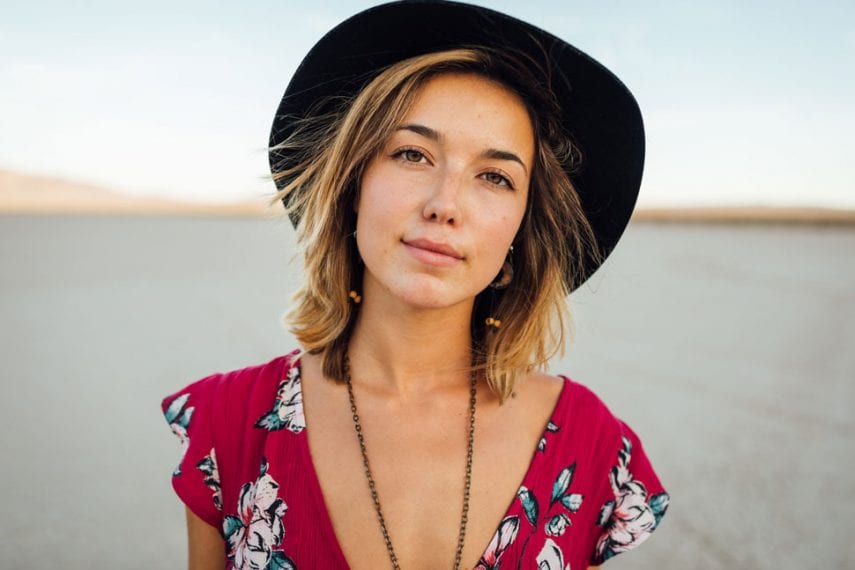 Recent media focus on the national opioid epidemic is vital to exposing the need for better prevention and treatment. However, too often media accounts paint a bleak picture with little hope for those struggling with this devastating illness. By hearing the stories of recovering opioid addicts like Cassie, Sandra, and Frank, you can begin to imagine how to overcome opioid addiction and create the life you truly want.

There was a time, quite recently, when you could go days without hearing the word “opioid” escape anyone’s lips or see it splattered across newspapers. But whether it’s record numbers of overdose deaths, the deleterious effects of healthcare proposals on addiction treatment, or new policies allowing for easier access to naloxone, we now wake up to new headlines confirming the prevalence and dangers of opioid addiction nearly every single day. The opioid crisis is impossible to ignore and the silent struggles of those touched by these addictions are now coming to light.

But while attempts to expose the reality of opioid addiction are invaluable, the media overwhelmingly paints a bleak picture that shows only a limited version of that reality, one that provides little hope for people in active states of addiction. If you are experiencing opioid addiction, you do not need to be convinced of its existence, its genesis, its appeal, or its dangers. You already know. What you do need, however, is a way out. You need to hear the stories of people who are overcoming opioid addiction and finding freedom in recovery.

Cassie: Treating Addiction as a Disease of the Brain

Cassie’s opioid use began in the most common of ways: in the form of an OxyContin prescriptionwritten by her doctor to treat a back injury. But addiction didn’t sneak up on Cassie the way it does for some; it came at her full force from the very first time she swallowed that round, white pill. “I felt like that’s how I wanted to feel for the rest of my life,” she says. “I had energy, I was happy, nothing hurt, and it also took away those feelings of feeling out of place. It just numbed me.”

Oxy revealed the world of opioids to Cassie and she soon graduated to heroin, which “made her feel the same way but more quickly and for less money.” Eventually, she entered an addiction treatment program, where she made a discovery: the pain she was trying to escape arose from the fact that she was trans. ”She decided she wasn’t addicted to drugs; she was just using those substances to numb her emotions about her gender identity.” With her self-diagnosis in hand, she left treatment and remained sober for several years. Then she got hurt.

Despite being out and at peace with her gender identity, her physical pain brought her back to opioids. This time her psychological pain was so deep that she contemplated taking her own life. She soon returned to residential treatment. There, she came to understand that while her gender identity undoubtedly created overwhelming distress that made the escape of opioids extraordinarily appealing, simply resolving that distress doesn’t make addiction go away. Rather, addiction is a chronic disease of the brain that must be continuously monitored in order to ensure lasting sobriety. As such, she not only completed the full course of treatment, but followed residential care with a stay in a sober living house, giving her the time, space, and support she needed to truly heal.

“I got back into a program of recovery and life has been pretty darn good ever since,” she says. “You’re facing a big battle ahead of you, but it’s not one you can’t win.”

“For a long time I wished I had started using opioids therapeutically,” Sandra, a 27-year-old musician, says. “I think it might have made me feel less ashamed. Like I had an excuse for my addiction.” But Sandra had no injury, no chronic pain. Instead, she came to opioids as so many do: at a party, in her early 20s, surrounded by friends. “A couple of people were doing fentanyl and I was curious about what it was like. And it was amazing.” Soon, Sandra was seeking out any opioid she could to recreate that first high. And in her circle, drugs were plentiful. “Oxy, percocet, heroin, you name it, I took it. But it was never enough. The highs never made up for the lows.”

Then Sandra made a mistake that may have saved her life. “My parents came to visit and I forgot to put away my baggies,” she says, “They had had their suspicions that something was going on, but seeing drugs in my apartment confirmed them. My first instinct was to deny everything, but part of me felt such relief at being discovered that it all came tumbling out. I didn’t have to pretend anymore. I could get help and get out of this cycle that I knew was going to destroy me.”

The next morning, Sandra’s parents brought her to a residential opiate addiction treatment center where she would spend the next 90 days getting clean and laying the foundation for ongoing sobriety. “I learned so much about myself,” she says of her time in treatment. “I came to understand what had driven my addiction and I discovered who I am capable of being without drugs.”

Although she has been out of residential care for a year, Sandra still attends weekly support groups offered by her treatment program. “I witness others recovering alongside me, people with long and deep histories of opioid addiction that far surpassed my own. We can heal and we can go on to create beautiful lives for ourselves.”

Frank: The Road to Recovery is a Lifelong Journey

Frank is a 46-year old man, a divorced father of two living in Worcester, MA. Until recently, he was also an active opioid addict consuming 90mg of Oxycodone every 4-6 hours and 120mg of methadone every day.” “Fifteen years I was taking those things,” he says. “Fifteen years.”

Frank began using opioids for chronic pain caused by an injury in the late 1990s that left him unable to work. As his doctor prescribed ever-increasing doses, his life began to crumble around him; his wife left, his business failed, and his mind and body experienced disturbing medication-induced distress. “[The medications] made me tired, made me moody, made me sick, oh my God, sick,” he explains. “They suck your brain away. They suck everything away. I had everything. My company was going big. I had everything with my ex-wife. It was amazing. And it just went away.”

While Frank knew he was addicted, he didn’t seek out treatment. Instead, he only began getting help when his old physician stopped practicing and he was unable to obtain his normal opioid doses. It was then that he went to an integrated primary health clinic with same-day access to behavioral health providers and was assigned a treatment team that formally identified and began to manage his opioid addiction. Using a combination of relapse prevention medication, behavioral interventions, holistic pain management strategies, and Narcotics Anonymous meetings, Frank is now finally sober and rebuilding his life.

The road hasn’t been easy. Managing his addiction and his pain is a daily struggle that will likely last the rest of his life. But to him, recovery is worth it. “I’ve seen people come back from amazing things. I’m going to keep fighting. This drug doesn’t discriminate. It takes every color, every race, it takes everybody it can get hold of. And if it gets hold of you and you want [recovery], you will get it. You just have to have the power within. I’m fighting every day.”

While the country struggles to cope with the national opioid crisis, messages of hope, resiliency, and recovery too often get lost as we focus on the damage of opioid abuse. So, too, can the fact that successful treatment exists and is helping people from all walks of life find freedom from drug addiction.

Comprehensive addiction treatment programs bring together the latest medical research, holistic therapies, and 12-step wisdom to create personalized treatment plans that meet the unique needs of each client. These programs allow you to detox from opioids in a safe and comfortable environment using the most effective pharmacological therapies available to alleviate acute withdrawal symptoms and reduce cravings long-term via proven relapse prevention medications. With the guidance of highly trained staff and compassionate peers, you can then participate in the work of recovery through a variety of evidence-based modalities to make the true and lasting changes you want.

Regardless of whether your opioid addiction arose out of therapeutic or recreational use, healing is possible. People like you are recovering every day and shedding the weight of addiction to create a healthier, more joyful future. By partnering with the right treatment program, you can take the first steps toward overcoming opioid addiction and living a richer, more authentic life.