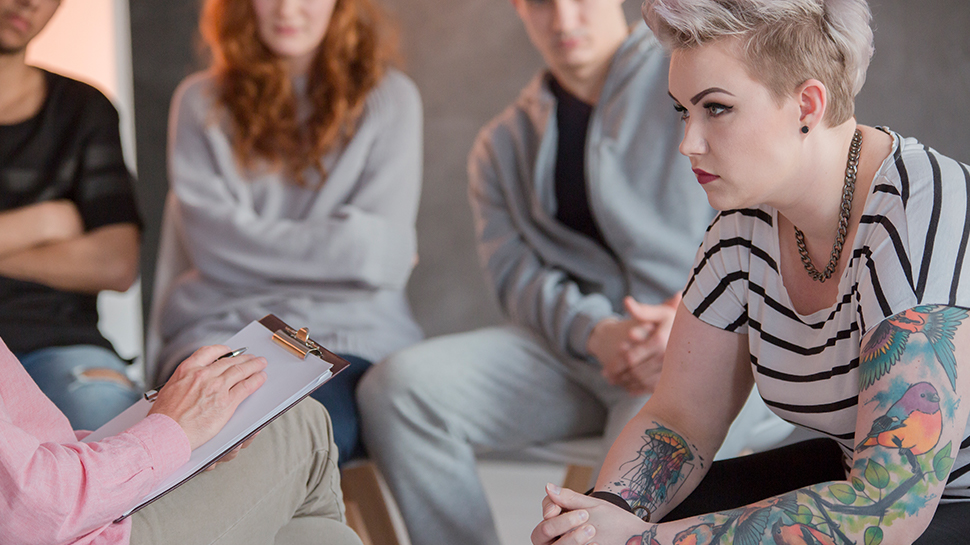 Treatment and Rehab for Salvia Addiction

Salvia is a plant that grows naturally in areas of Mexico and Central America, and that produces hallucinogenic effects. Native people in that region have used salvia for hundreds of years to treat medical conditions and as a part of religious ceremonies. Over the last decade, salvia has become popular in the U.S., especially with teens who find it easier to get than other drugs. Salvia can be risky with some harmful side effects including impairment, mood swings, and problems with thinking, and it can develop into a substance use disorder.

One of the most important goals of our salvia treatment program is to prepare clients for life after residential care. When clients leave treatment they have to face a lot of distractions, temptations, and triggers while trying to remain abstinent. At Alta Mira, clients learn many things that will help them later, such as trigger avoidance, relapse prevention, healthy coping strategies, and stress-relief techniques. Highlights of our alcoholism treatment program include:

Getting help for salvia addiction is a big decision. But it is an important and potentially life-transforming move for anyone who has tried to manage using salvia on their own and failed.

Salvia (Salvia divinorum) is a perennial herb related to mint and native to parts of Mexico. It is a large plant that was used originally by the native people in the region in which it grows, specifically the Mazatec people. It contains an active compound called salvinorin A, which is a hallucinogen and was traditionally used as both medicine and a spiritual aid for religious ceremonies. Other types of salvia are harmless herbs with no psychoactive effects and are popular in gardens and flower beds. Only S. divinorum is hallucinogenic.

Salvinorin A is a potent psychoactive compound, and using salvia can trigger visual disturbances, hallucinations, detachment, and other symptoms. Outside of the ritual and traditional uses, people use salvia recreationally to experience the psychoactive effects. Although salvia is not addictive in the same sense that many other drugs are, it is possible that it will cause dependence, and there are many other negative effects it can have on physical and mental health.

While salvia has been used by native people for hundreds of years or longer, this herb has only recently become popular among the larger population. It is especially prevalent in young people because it is easier to get than other drugs.

Symptoms and Diagnosis of Salvia Addiction

The signs that someone is abusing salvia may vary by individual, but there are some general effects this substance has on people. It causes hallucinations, visual distortions, changes in perceptions, mood swings, difficulty concentrating, a feeling of detachment from one’s body and the world around them, dizziness, poor coordination, and slurred speech. Salvia may also cause nausea and an irregular heart rate.

Salvia addiction is rare, but salvia abuse can be problematic and should be recognized and managed or treated. Signs of a substance use disorder of any type include the following:

The more of these signs that a person exhibits, the more severe the substance use disorder is. Even having just two or three, which is certainly possible with salvia use, indicates that someone has an issue and may need to cut back or even get help in stopping use of the drug. And, an addiction does not have to be a physical dependence to be a problem. A person may become psychologically dependent on salvia, feeling as if they need to use it to feel normal or well.

Causes and Risk Factors of Salvia

Whether or not someone will abuse salvia cannot be predicted. There are no causes, but there may be risk factors that are similar to other types of substance abuse. These include ease of access to the drug, having friends or peers who are using it, a family history of substance abuse, a past history of abusing other substances, being young, or having a mental illness, especially one that is untreated. Another big issue, especially with young people, is lack of awareness about the risks. Salvia is often perceived as low-risk and as a safer alternative to other drugs.

Addiction to salvia is rare, but if it occurs it may be a result of heavy use of the drug. Aside from using it heavily and frequently for a long period of time, there is no real known cause of addiction to any substance. Some people may be more susceptible, including those with a family history of addiction to substances and those who are struggling with mental health conditions. The risk of becoming addicted to salvia is much lower overall than with other drugs with a higher potential for abuse and dependence.

As a drug that has a low potential for abuse and dependence, withdrawal is not typical with salvia. Another reason it is uncommon is that most people who use salvia do so occasionally and are not heavy users. Some signs of withdrawal may include pain, nausea, cravings, irritability, difficulty sleeping, or difficulty thinking. Detoxing from salvia is much easier than with other drugs, although it should still be supervised.

Salvia use may also co-occur with mental illnesses. Substance abuse and mental illnesses have common risk factors, which is one reason they often occur together. But, it may be possible that using salvia triggers symptoms of an underlying mental illness or makes symptoms worse. It is particularly known to trigger anxiety in some users, even causing panic attacks. On the other hand, someone struggling with a mental illness, like an anxiety disorder, may turn to a substance like salvia to self-medicate and in an attempt to get some relief.

Anyone who is struggling to stop using salvia should consider getting professional assistance. While the long-term effects of using salvia have not been the subject of many studies, there is evidence from research that it can cause cognitive deficits, psychiatric symptoms, and dysphoria, a low mood and general dissatisfaction with life. Use of salvia can also be risky, even without any signs of dependence, because it changes perceptions and can lead to accidents and injuries.

Salvia use can be treated as any other substance use disorder is: with a combination of therapy, medications and medical treatment when appropriate, social support, family support, lifestyle changes, and by addressing and treating any other medical or mental health issues a patient may have. Cognitive behavioral therapy and other types of therapy can help a patient learn how to recognize triggering emotions and behaviors that lead them to use drugs, and to change them, how to adopt positive lifestyle changes, and how to change negative self-talk.

This kind of treatment can be done on an outpatient basis or in a residential setting, depending on the needs of the individual. A residential setting offers a safe environment with careful monitoring, while outpatient care allows someone to live at home with a supportive family. The important decision to make is simply to get that help. Substance abuse of any type is difficult to overcome without the support of others, but those who seek professional help, have a good support group, and are committed to making positive changes can learn to live without salvia and other substances.