Alcoholism Recovery Stories: How My Binge Drinking in College Went too Far 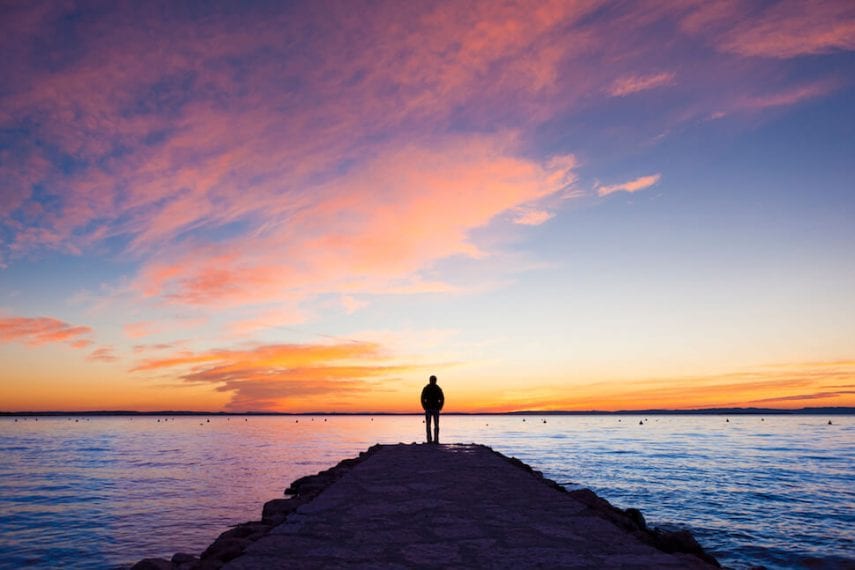 Excessive drinking in any form is dangerous and can have long-term health consequences. Binge drinking, drinking four to five drinks in just a couple hours, is the riskiest type of excessive drinking. And it’s very common on college campuses.Listen to the stories of college students who went too far and suffered some serious consequences of binge drinking. All survived to share their stories and are now healthy, in recovery, and thriving.

Binge drinking is typical in college. Some even see it as a rite of passage, something to be brushed off or not taken seriously. But the consequences of binge drinking are very serious: accidents, injuries, poor academic performance, assault, and legal problems, just to name a few.

If you or someone you know in college is struggling with drinking too much, reach out and get help. It is possible to moderate or stop drinking with professional assistance.

What Is Binge Drinking?

Binge drinking is essentially drinking too much in one sitting or over a certain period of time. The National Institute on Alcohol Abuse and Alcoholism (NIAAA) defines binge drinking as any pattern of alcohol consumption that causes blood alcohol concentration to reach 0.08 or higher. For most men this amounts to five drinks in two hours and for women, four drinks in two hours.

One in six adults in the U.S. binge drinks approximately four times per month. It is a more common drinking pattern in people between the ages of 18 and 34, in men and among people with higher incomes and education levels.

Facts and Statistics – College and Alcohol

According to the Centers for Disease Control and Prevention, binge drinking is the most common type of excessive drinking. It is also the deadliest. College campuses are hotbeds of not just drinking, but binge drinking in particular. The NIAAA reports that 60 percent of college students drink and two-thirds of those binge drink.

The Risks of Binge Drinking

This binge drinking in college is often considered to be just a part of the experience. But it is important to recognize that there are serious, often far-reaching negative consequences of drinking too much. Every year, according to the NIAAA:

Stories of Binge Drinking and Recovery

It is important for all young people headed to college to understand just how serious the risks of binge drinking are. For those who have not yet made mistakes with drinking or have been lucky enough not to have any negative experiences so far, it may help to hear some stories about what can actually happen as a result of binge drinking. These stories are also useful for those who have suffered from college drinking, because they are ultimately stories of hope and recovery.

“One of the things I enjoyed the most about college was playing on the women’s lacrosse team. I played in high school and was so excited to keep playing and competing in college. Like everyone else on the team, I went out and partied on the weekends. One weekend I got really drunk, and while we were running from one house party to another, I stepped in a hole and twisted my ankle.

“I was too drunk to recognize how serious it was, so I continued hobbling around all night. When I woke up the next day, my ankle was massively swollen and ached like crazy. I went to the clinic and found out I had actually broken a bone. I needed six months to recover, and my time on the lacrosse team was over. That experience was enough keep my drinking in check. One stupid night of partying and I had ruined my entire year. I limited my drinking and made a hard rule about never having more than two drinks in a night.”

Jake R. – I lost my scholarship because of drinking

“When I got into college, I absolutely had to get a scholarship. We couldn’t afford the tuition at the elite schools I wanted to go to, so it was either a scholarship or community college. My parents were so proud of me when I got into and got the scholarship for a great private school high on my list. At first I did really well in all my classes, and I needed to in order to keep the scholarship money.

“I joined a fraternity without realizing how much time it would take away from studying. Everything became about doing stuff with my brothers and basically drinking all the time. I missed a couple classes here and there, but it didn’t seem like a big deal. I always did well in high school without really studying, so I thought I would be fine.

“When first semester exams came around I crammed to study, but I also got drunk with my brothers the night before one of my toughest exams. I failed the exam and got a D in the class. With Cs and Bs in my other classes, my GPA was low enough to disqualify me for my scholarship. I didn’t even make it through one semester. The worst part was disappointing my parents. But they love me and got me into a rehab program. I’m now sober and doing really well at a college close to home, so I don’t have to live on campus.”

“It was my 21st birthday and my friends took me out to the bar on campus famous for cheap shots. I had no intention of getting so drunk, but everyone kept buying me shots. And then, someone thought I should do 21 shots for my 21st. If I had only had one or two at that point I would have realized it was a bad idea. But, six shots in I went for it.

“I don’t even know how many shots I made it to, because I passed out. I can’t remember what happened at all that night after a certain point. I woke up in the hospital feeling terrible. My throat and stomach were sore and aching, because they had to pump my stomach to save my life from severe alcohol poisoning.

“My parents insisted that I take a semester off after that incident. I argued at first and told them it was a one-time thing, that I really didn’t drink that much. But I was lying. I drank a lot, and that wasn’t the first time I had passed out. I almost died, so I did what my parents wanted. I went to rehab for a couple months, and I’m now in recovery. To be honest, I don’t even miss drinking. I wasted so much time but now I’m ready to go back to school.”

If you or someone you care about is binge drinking, it’s important to reach out, to talk about it. Binge drinking can seem harmless because it is so commonplace, but the consequences are real. Talking about this kind of drinking and how damaging it can be will lead to greater awareness. And if you are worried about yourself or someone else, help is available. Rehab can be effective and lead to long-term recovery and a better future.