Recovering From Drug-Induced Psychosis: 5 Important Things You Should Know 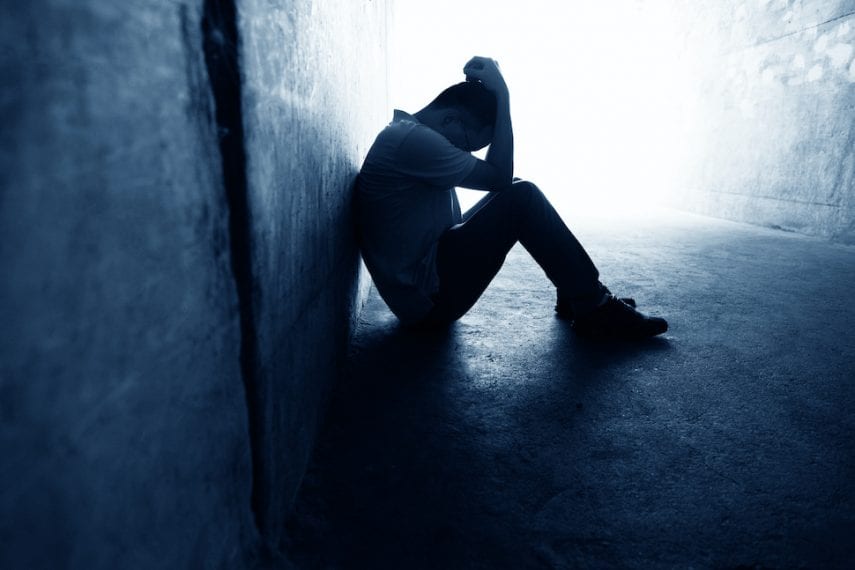 Any abuse of a substance can trigger a psychotic episode, which includes symptoms like hallucinations and delusions. These episodes are usually short but also harmful. Recovery is possible and requires taking this kind of event seriously. It must be treated, not just with short-term hospitalization or medical care but with ongoing psychological treatment. This is what will lead to lasting recovery and reduce the risk of future episodes.

Drug-induced psychosis is frightening and dangerous. It is one potential complication of any type of substance abuse. While this type of episode is alarming and distressing, it won’t last forever. To recover you may need immediate treatment. Addressing your substance abuse and any underlying mental illnesses you may have is what will truly help you recover from this condition.

Psychosis is a state of mind that can be very frightening and disturbing. It is a disruption in normal thoughts and connection to reality that triggers one or more of the following symptoms:

Causes of psychosis include certain mental illnesses, including bipolar disorder and schizophrenia, trauma and brain injuries. Substances can also trigger psychosis. One important sign the symptoms are caused by drugs or alcohol is that they occur during intoxication or while in withdrawal.

Drug-induced psychosis has been recorded with use of alcohol, cannabis, hallucinogens, inhalants, stimulants, and sedatives. Symptoms caused by substance use are usually short-term and do not last longer than a month.

Psychosis is a very serious mental health issue, even a crisis in some situations. Untreated, this kind of episode can lead to self-harm and a general inability to care for oneself. Someone who is struggling with psychotic symptoms may get into accidents, ignore other health concerns, continue substance abuse, and develop other types of health problems. It is possible, though, to treat and recover from drug-induced psychosis.

Here’s what you need to know if you are facing this problem in yourself or someone you care about.

1. Drug-Induced Psychosis May Be Short-Lived, but the Underlying Problem Must Be Treated

This kind of psychosis is defined as a short episode. Typically, once the drug is out of the body and withdrawal is complete, the symptoms of psychosis go away. In some cases they may persist but not for more than a month.

It can be tempting to ignore an episode once it resolves and to try to go back to normal with no professional support. This is a mistake, though, as there are likely underlying issues that need to be addressed. Without treatment, they will recur and could trigger more episodes of psychosis.

Treatment should focus on substance use disorders and recovery as well as treatment of any underlying mental health conditions. Substance use is strongly correlated with mental illness. Depression, anxiety disorders, personality disorders, bipolar disorder, schizophrenia, and others can be treated and managed, reducing the risk of ongoing substance abuse and resulting psychosis.

2. The Benefits of a Residential Facility Are Ideal for Lasting Recovery

Getting any kind of treatment is the first and most important step to take for recovering from drug-induced psychosis. Depending on the situation, you or a loved one may need immediate hospitalization for stabilization and medical treatment.

Getting stabilized in the hospital is only the first part of treatment, though. You need ongoing, intensive care to learn to manage substance use and mental illnesses as well as psychotic symptoms. The ideal setting for this is a residential facility.

Residential treatment provides several benefits for someone who has gone through psychosis from substance use:

3. Substance Use May Trigger the Onset of a Latent Psychotic Mental Health Condition

Because drug-induced psychosis tends to be temporary and because it usually goes away once the drug is out of your system, it is easy to take these episodes too lightly. In addition to the fact that even a short-term psychosis can cause damage and harm, there is also the risk of a recurring, chronic condition.

The reason for the increased risk is not fully understood. It may be that people who are already predisposed to a psychotic disorder are more likely to self-medicate with drugs or alcohol. There may also be some aspects of the substances that trigger psychosis in those vulnerable to it. If you or someone you care about has risk factors for schizophrenia, bipolar disorder, or other psychotic disorders, misusing substances can cause more harm than for other people.

4. Psychosis May Recur, Even Without Substance Use

Once a person has experienced an episode of psychosis, they are more likely to go through it again. This is especially true of drug-induced psychosis. An episode triggered by drugs leaves you more vulnerable to psychosis any time you use drugs or alcohol in the future.

The risk is even higher for anyone predisposed to or with a history of psychotic mental illnesses, like schizophrenia. The research that indicates substance use increases the risk of schizophrenia shows that drugs or alcohol can actually trigger chronic psychosis. If your drug use kickstarts an illness like schizophrenia, you may be facing a future of periodic psychotic episodes.

Recovery will require ongoing treatment. It is possible to recover fairly quickly from one incidence of drug-induced psychosis, but if you develop a psychotic condition you can expect to go through recurrences. You can limit those relapses by getting a solid foundation of good treatment and by supplementing it with ongoing care, such as in the form of outpatient therapy or appropriate medications.

5. There Is Hope for Recovery From Drug-Induced Psychosis

If you are willing to get treatment or help a loved one get the care they need, you can recover successfully from this condition. Treatment for substance use disorders and mental illnesses that cause psychosis can be effective.

It is important to choose a treatment program that uses evidence-based therapies and strategies and to commit to long-term care, even beyond a residential stay. Neither substance abuse nor mental illness has a quick fix. If you are willing to go through therapy to learn how to change your problematic behavior and thought patterns, to use medications if appropriate, and to rely on support from professionals and loved ones, you can recover from an episode of psychosis. You can even significantly reduce the risk that you will ever go through this again.

With the right treatment, you can learn how to make changes that lead to a better life. These are the changes that will be lasting, that help you avoid drugs and alcohol, and that gives you control over your mental health for the rest of your life.