How Internet Addiction Can Effect Your Physical Health 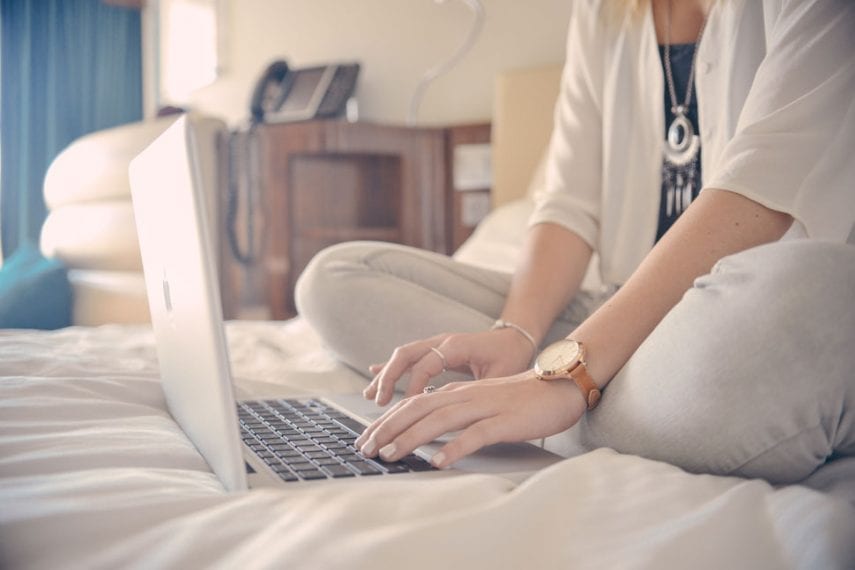 Internet addiction often goes hidden, in part because many of its consequences are easy to explain away. You’re not socially isolated, you’re an introvert. Everyone checks Facebook at work. Who doesn’t play video games? Even if you admit to yourself that you have a problem, this type of addiction can seem benign in comparison to “real” addictions; no one ever died from posting too much on Reddit, right?

While the risks of internet addiction are less acutely apparent than the possibility of a heroin overdose, they are just as real; immersion in the virtual world does not only have neurological implications, but observable and destructive physical effects of internet addiction that serve to endanger both somatic and psychological health. Over the long term, the physical impact of your compulsion can produce significant, lasting damage for your mind, body, and spirit. This was recently confirmed by a group of researchers who studied the effects of internet addiction on the lifestyle and dietary behavior of nearly 1,000 Korean adolescents, and the specific areas it affects are many.

Internet addiction can wreak havoc on your sleep as you are unable to resist turning off your computer; there’s always another page to refresh, another link to visit, another message board to post on. What was intended to be a quick email check can turn into hours of wandering around the internet. Even if you do try to sleep, exposure to the glow of a computer screen can inhibit your ability to both fall asleep and experience high-quality sleep by decreasing melatonin levels.

The experiences of Korean adolescents reflected this; subjects who had or were at high risk of developing an internet addiction were significantly more likely to always or often have an irregular bedtime than those without the addiction, and 81.1% of internet addicts suffered from sleep disturbances such as nightmares, insomnia, or sleep apnea. Poor quality sleep is well-known to contribute to emotional distress, exacerbating or triggering mental health issues, disrupting cognitive function, and decreasing psychological stability.

Confirming the findings of previous studies linking internet addiction to substance use, the Korean researchers found that respondents with internet addiction were much more likely to use alcohol and tobacco in general and at excessive levels. While only 15.6% of non-addicts used tobacco daily, 52% of those with the addiction reported daily use. This is thought to be partially due to increased tobacco and alcohol advertisement exposure during their online activities, although internet addiction, psychiatric disorders, and substance use tend to overlap in general, and it may be an effect of poor emotional health.

When internet addiction rules your life, even the most basic tasks of living can fall by the wayside, including maintaining good eating habits. Eating well usually requires taking time away from your computer to cook a meal, and who has time for that when you are immersed in a virtual world that is far more seductive than a recipe book? The sedentary lifestyle and disturbed sleep habits caused by your addiction may also disrupt normal appetite patterns which, combined with your addictive preoccupation, keep you from a healthy eating schedule.

Internet addicts taking part in the study observed that their dietary habits had changed since their internet use began, and reported that they ate smaller meals, had poor appetites, and ate at more irregular speeds than those without internet addiction. They were also much more likely to snack throughout the day and skip important meals like dinner. The specific foods they ate also differed from non-addicts and the quality of their diet was significantly lower. They were far less likely to consume adequate levels of vegetables, dairy, and meat, leaving significant gaps in their nutritional intake while they ate excessive amounts of sugar, salt, and fat. Over the long term, this can produce severe health problems that interfere with your body’s ability to function and increase your risk for a host of illnesses, from heart disease to diabetes.

Although the Korean study did not examine physical activity levels, other sources have found that people with internet addiction typically do not engage in structured exercise and have minimal levels of physical activity in general. As one clinician working with internet addicts notes, “Lack of physical endurance and any exercise capacity is universal because really everyone who comes to our program is spending at least eight hours a day in front of the computer.” The positive effects of exercise on both body and mind are well-known, and stripping yourself of these benefits makes it more difficult for you to maintain emotional stability and physical health, leaving you vulnerable to both psychological and somatic distress.

The cumulative impact of these behavioral changes inhibit your body’s ability to fight off illness, but research also indicates that there is something specific about internet addiction that creates additional damage to your immune system. A study by researchers from Milan and Swansea found that people with internet addictions were significantly more likely get sick than people not suffering from internet addiction, in part due to drastic cortisol level fluctuation, which increases your susceptibility to illness:

[T]hose who spent the most time on the internet experienced significant amounts of stress when their signals got disconnected. Like an alcoholic or gambler, people with web addiction undergo a cycle of stress and relief, and suffer similar withdrawal symptoms. The ongoing sequence of highs and lows affects the production of the hormone cortisol.

Not only does the addiction work to suppress your immunity biochemically, it also limits your behavioral accumulation of healthy immune responses. Specifically, the social isolation that is common amongst internet addicts limits your interaction with others and, in turn, your exposure to the germs that help strengthen your ability to resist infection.

The physical effects of internet addiction are real, but thanks to the resiliency of the human body, it is often reversible. If you are ready to take back control of your life and begin the process of healing from your addiction, connect with a treatment provider with the specialized therapies necessary to address both your acute emotional and behavioral symptoms and underlying psychological drive toward compulsive internet use. Effective treatment will also re-introduce you to healthy self-care practices to help you establish new behavioral patterns that work to fortify your psychological and physical health.

Your computer doesn’t have to rule your life; with the right supports, you can recover and discover the inner resources you need to create a happier, healthier, and more stable life.

Alta Mira provides comprehensive treatment for people suffering from process addictions, including internet addiction, and co-occurring mental health disorders. Contact us for more information about our program and how we can help you or your loved one on the path to recovery.
Previous Next