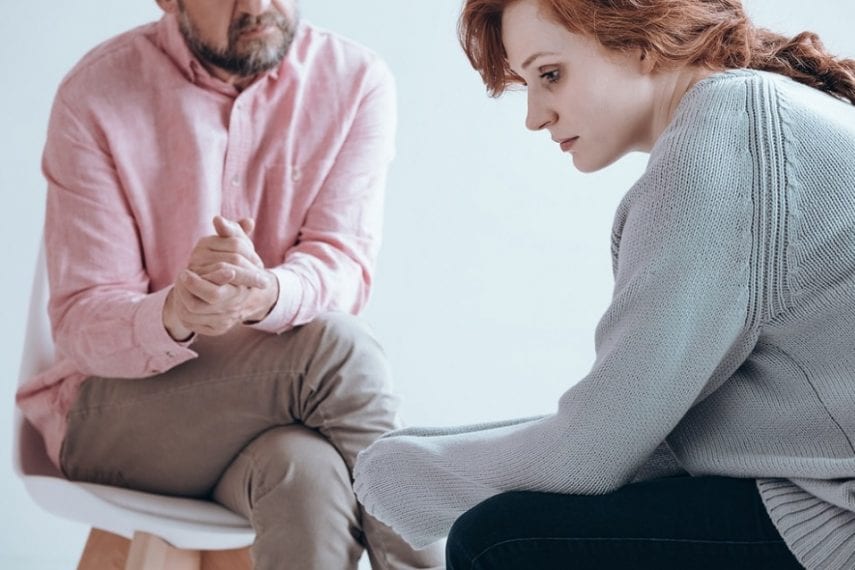 To discuss the symptoms of an alcoholic personality is less about who the person is and more about cluing into the help they may need for a serious mental health disorder. If you think someone in your family may have a problem with alcohol, there are some clear first steps you can take to get back on the road to health and harmony for the whole family.

When we talk about an alcoholic personality, we are not suggesting that people with a certain personality type are more likely to become alcoholic.

In truth, alcoholism affects very diverse people and personalities. Rather, because of the effects of alcohol abuse and dependency, certain emotional and behavioral symptoms result that could be considered personality changes.

Often, family members will be the first ones to notice these changes.

If you’re concerned that someone in your family might be exhibiting symptoms of an alcoholic personality, there are steps you can take.

You can help them to get in touch with a professional and comprehensive alcoholism treatment program. And you can also help by accessing guidance, yourself, for the transformational journey through the family disease of addiction.

What Can You Consider to Be Symptoms of an Alcoholic Personality?

When someone is abusing alcohol, their drinking has taken on a dangerous, perhaps even a destructive, pattern. They tend to drink often and/or heavily. It’s possible for someone to be abusing alcohol without being addicted. But when dependence does kick in, their body and psychology have adapted to these large, regular quantities of alcohol and forget how to maintain homeostasis. Their body and their mind come to understand being under the influence as the new normal. They will crave a fairly consistent flow of alcohol to maintain this vulnerable balance and to avoid threatening symptoms of withdrawal.

Someone who is an alcoholic probably spends a lot of time in between sober and intoxicated. Their body has developed a higher tolerance, needs more in order to feel the effects of the substance, and usually requires some to feel normal—as normal as normal gets nowadays.

If we are to make a generalization, it is often true that alcoholics are prone to behaviors that are sneaky, deceptive, insensitive, and sometimes aggressive. But when we speak broadly like this, the behaviors very often relate directly to the fulfillment of their dependence on alcohol. Since withdrawal symptoms can be highly uncomfortable and even incredibly dangerous, someone with alcohol use disorder will be bound by the need to keep satisfying their dependency. Here are some of the behavioral traits that are common among alcoholics:

The drive to fulfill what is now a basic necessity will often come before other needs and responsibilities. It will often weigh on relationships, even with close family and friends. These compulsive behaviors can seem to edge out the personality you used to recognize and appreciate in the person.

So, what does it all mean?

What Should You Do If You Think Someone in Your Family Has a Drinking Problem?

Remember, if someone exhibits one or more of these traits in connection with drinking, it does not necessarily represent who they are. It is a sign that they may have a real substance use disorder, which needs professional attention. Rest assured that you are not alone in this complicated and uncertain time. Here are some solid steps to get you started:

This last step is just as important as the rest. As you hope and expect that your loved one with alcohol use disorder will take responsibility and begin to step in the right direction of recovery, you will be setting a compassionate and responsible example by taking good care of your physical, emotional, mental, and spiritual health.

How Does Alcoholism Affect the Whole Family Now and in Recovery?

It’s also important to understand how alcoholism affects the family in bigger and more systemic ways—and how the family dynamics affect the alcoholic. It isn’t the addict alone who experiences changes to their personality and lifestyle. People close to that individual tend to adapt around the fear and turbulence too. Family members may experience shame, resentment, passive aggression, overaccommodation, caretaking, and hopelessness, among other limiting feelings and behaviors.

It’s about time the whole family is set on track to rebalance healthy selves and healthy dynamics. However, when addiction is present in the family, it often shrouds other personal and interpersonal issues and conflicts that are lying on or under the surface. The holistic recovery process will begin to life layers of shadows, and the uncomfortable issues will be revealed again: relationship conflicts, financial concerns, other mental health or substance abuse issues, for example. It may not just be the one with addiction who has been keen to keep these challenges hidden and ignored.

A treatment center is a place for the honest acknowledgment and expression of feelings in appropriate ways and settings. The addict’s long-term recovery depends on an increasingly healthy environment. Treatment is also a time for some much-needed space. The addicted family member can benefit from a fresh view of things from within the treatment environment and a break from some of the common triggers and perhaps shame, guilt, and other pressures of the family dynamics. But, meanwhile, comprehensive treatment involves structured family programming to begin to heal family dynamics and to build an enduring support system for the addict in recovery and everyone else too. The light along this path shines on mutual support as everyone gains clarity and hope in harmony.