Tramadol Addiction Risks and the Promise of Treatment 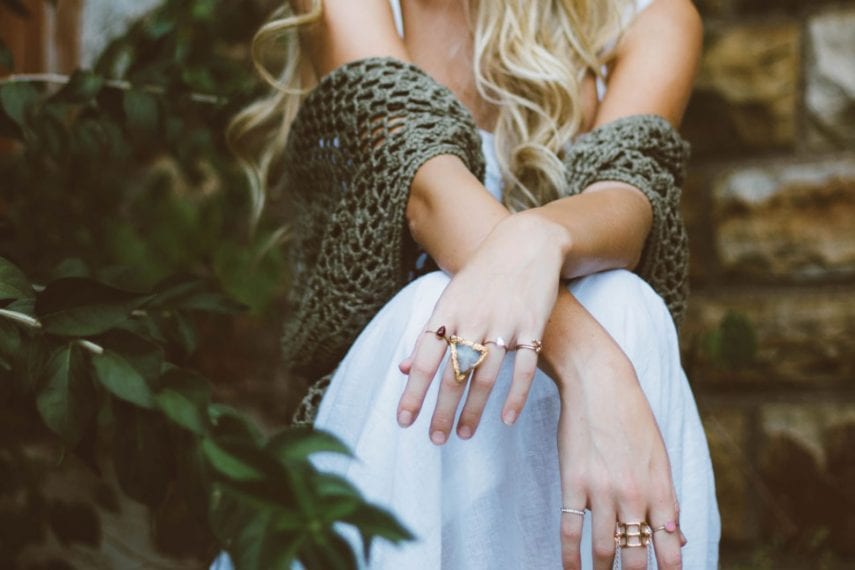 Tramadol has historically been considered a safe alternative to opioid pain killers, but the medical community is now increasingly recognizing tramadol addiction risks to break through the illusion of safety surrounding the “the loop hole drug.” If you are already struggling with tramadol addiction, it is vital to seek addiction treatment as soon as possible so you can get the care you need for true healing.

My mom was offered drugs for the first time a few months ago. She is 62 and she wasn’t at a party; she was at work, and happened to mention her arthritis to a patient. “Do you need anything?” her patient, a man in his 50s, asked. “I have so much tramadol, I could give you some.” His offer came from kindness and it came from concern—he wanted to help my mom, whom he has known for over a decade. It didn’t even occur to him that what he was doing was a crime, nor that this scenario is the genesis story of so many addictions. Would his actions have been the same had his prescription been for Oxy? Morphine? Fentanyl? I will never know for sure—but I suspect not.

Tramadol doesn’t receive the attention so many other painkillers get in this time of opioid crisis. It has managed to largely float below the radar as headlines warn of more high-profile drugs taking the US by storm. But tramadol addiction risk is very real. Since its initial release, the image of tramadol as a benign cousin to more dangerous opioid painkillers has proven to be dangerously inaccurate, and tramadol addiction is now a painful reality for millions of people around the world.

It took only a few weeks for Damian Thompson to recognize tramadol’s addiction risks. After hurting his back fixing a leaky pipe, he accepted a handful of tramadol pills from his housekeeper. “Here, try these,” she said. And so, after checking a Wikipedia entry touting the “low abuse and low dependence potential” of the drug, he did.

Tramadol worked for his pain, no question. But it also gave him a high, one that snuck up on him. “In my case, the tramadol high didn’t materialize until at least an hour after I’d taken the medication, [and] it was a couple of days before I noticed just how damn good I was feeling, post-tramadol.” He felt soft, happy, warm, the way tramadol does. But the high didn’t last.

Nasty things started happening. I can’t pinpoint a moment: withdrawal symptoms are often as elusive than the original high. There was the night I was seized with exactly the same urge to vomit that I used to get when I was brutally hungover. Between doses I lost the will to live.

Finally, he called a physician friend specializing in addiction medicine. “He groaned at the word ‘tramadol’,” Thompson writes. “It’s an opiate in all but name, he explained. And it also has antidepressant qualities, so the withdrawal can be psychological as well as physical. So you’re kicked from two directions.” Thompson was lucky; too often, doctors fail to recognize the danger tramadol presents, giving even legitimate therapeutic users a false sense of security, blissfully unaware of the risks the drug presents.

The Illusion of Safety

When tramadol, an atypical opioid, was first introduced to the American marketplace in 1995, it was touted as being a safer alternative to older opioid painkillers, which had already proven to carry a high addiction risk. In contrast to drugs like morphine, tramadol is significantly less potent, and researchers have historically claimed that addiction risk is extraordinarily low. In fact, the FDA initially did not require tramadol to be classified as a controlled substance.

But what limited research tells us and what real people experience with drugs once in circulation can be drastically different things. As Dr. Nadia Awad explains, an independent steering committee formed to monitor abuse potential after FDA approval “quickly began to realize that patients on tramadol indeed abused the drug.” What’s more, “complications of abuse was also recognized, including both opioid-like and atypical withdrawal following downward titration of the dose as well as abrupt discontinuations of the medication, which accounted for 40% of adverse effects associated with tramadol.” Despite these findings, therapeutic tramadol use continued to increase, outpacing the growth of opioids like hydrocodone and oxycodone. In 2012, close to 40 million tramadol prescriptions were issued to patients in the United States. Meanwhile, tramadol also began entering the recreational drug market and, according to the World Health Organization, has since become quite easy to obtain over the internet, even without a proper prescription. In the United States, this recreational use resulted in over 16,000 emergency room visits in 2010 alone.

Unable to deny the drug’s addictive potential any longer, the FDA finally re-classified tramadol federally as a schedule IV controlled substance in 2014. As one prescription drug task force commented in their support of re-classification, tramadol is a “loophole drug”—that is, while it was proven to be addictive and commonly abused, it was not yet recognized as such by patients or their prescribers thanks to its status (at the time) as a non-controlled substance. Another proponent of re-classificiation, who witnessed tramadol abuse daily in her role as a certified pharmacy technician, believes that stricter legislation regarding controlled substances will decrease instances of abuse and ultimately save lives.

It has been three years since the re-classification of tramadol and the exact impact of the move is not yet known. What is known, however, is that painkillers are being prescribed and abused at higher rates than ever before and people around the world are still suffering from tramadol addiction spurred by both therapeutic and recreational use. Nancy Lu writes in the Yale Global Health Review, “As an inducer of hallucinations and delusions, the drug is extremely damaging to users’ nervous systems. Tramadol is the developing world’s counterpart to heroin.” Meanwhile, Health Canada’s refusal to register tramadol under the Controlled Drugs and Substances Act has been described as “indefensible” and is believed by many to lull both physicians and patients into a false sense of safety. “The classification, as it currently exists, misleads doctors and other health professionals and possibly even patients as to the drug’s safety and abuse liability,” says Dr. David Juurlink of the University of Toronto.

The Promise of Tramadol Addiction Treatment

Just as the addiction risk of tramadol must be recognized, so too does the need for comprehensive treatment if addiction develops. As with typical opioid painkillers, tramadol discontinuation presents very real physical and psychological dangers, including seizures, nausea, depression, and anxiety. As such, medically supervised detox may be necessary to ensure that you remain safe and comfortable during the withdrawal process. In a supervised detox setting, you can receive the pharmacological treatment you need using medications such as benzodiazepines, clonidine, NSAIDs, and antidepressants while also having the emotional and practical support of detox experts who understand what you are going through.

But getting off tramadol is only the first step toward recovery; you must also heal from the effects addiction has had on your life, your relationships, and your sense of self. Even if you began using tramadol therapeutically and have no history of drug abuse prior to your current condition, addiction changes you. It is imperative to understand those changes to truly break free from the hold drugs have on you and resolve the pain inherent to the state of active addiction. Through a broad-spectrum curriculum of therapies and 12-step wisdom, you can gain the insight and learn the skills necessary to understand your drug abuse, identify and cope with triggers, and rebuild the relationships so often damaged by addiction.

If you turned to tramadol to treat chronic pain, it is also essential that you seek care at a treatment center that will work with your outpatient physicians to find safe, effective alternatives for pain relief. This may include exploring non-opioid pain relievers, less addictive pain relievers, physical and holistic therapies, talk-based therapies, or some combination of the interventions. This is necessary not only to enhance your quality of life, but also to minimize the risk of relapse.

Getting the Help You Need

Reclassification of tramadol may indeed lead to more conservative and responsible prescription and monitoring practices and warn patients about its addictive potential. But ultimately, anyone who takes tramadol, whether therapeutic or recreationally, runs the risk of developing an unhealthy relationship with the drug. If you are struggling with tramadol addiction, the time to seek help is now. By connecting with a high-quality addiction treatment program, you can begin the journey toward lasting recovery and uncover the infinite potential you have when you are free from addiction.

Alta Mira offers a comprehensive suite of treatment programs for people struggling with drug and alcohol addiction as well as co-occurring mental health disorders and process addictions. Contact us to learn more about our renowned programs and how we can help you or your loved one start on the path to healing.