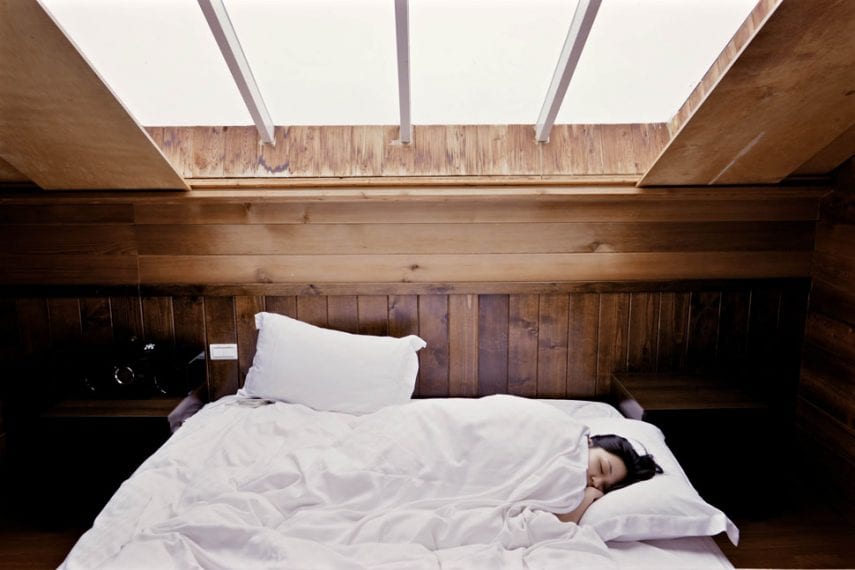 If you are struggling with sleeping pill addiction, comprehensive treatment is essential to restoring tranquility and protecting your health. By exploring the prevalence and dangers of sleep aids and understanding the addictive potential of these medications, you can better understand the need to find effective treatment and start on the path to recovery.

Laurie’s sleep problems began when she was 28 years old. Between her grueling work schedule and her social life, she found herself crawling into bed late while panicking about getting up early. Her anxiety about not being able to sleep became a self-fulfilling prophecy; eventually, she found herself staying awake for days at a time. “During those endless stretches of time, I watched TV, called friends in California, whimpered, wept, beat my pillow, flipped through tabloids, and surfed the Internet,” she says. “I didn’t write though I am a writer—I wasn’t capable of forming thoughts, much less sentences.”

Ambien changed that. “[F]or the first time in years, I fell asleep instantly, wash in the kind of deep, dreamy slumber I hadn’t experienced since childhood,” she remembers. The feeling was so intoxicating that she soon began taking higher doses, running out of pills early, and doctor shopping. But even as she found herself slumped over on airplanes while flight attendants checked her breathing, even as she had sex she couldn’t remember the next day, even as she fell asleep in bathtubs and began having panic attacks at work events, she told no one about her sleeping pill addiction. Not even her therapist. Her fear of returning to a life of insomnia was greater than her fear of public humiliation, being left by her boyfriend, or even drowning. She told herself the stories all addicts tell themselves; it’s not so bad, it’s better than the alternative, I need it.

Sleeping pill addiction often doesn’t get the recognition so many other forms of substance abuse do, but it can be a powerful and heartbreaking condition. By understanding the dangers of sleeping pill addiction and honestly examining your own sleeping pill use, you can gain deeper insight into why choosing the right facility to begin your recovery journey at is critical to protecting your emotional and physical health.

The Prevalence and Dangers of Sleep Medications

Sleeping pills are some of the most commonly used medications in the United States. According to the CDC:

Sleeping pills are not inherently harmful when used occasionally and as prescribed. Indeed, they help millions of people obtain the rest they need to function and treat very real sleep disorders. However, they are also not without their dangers. The Substance Abuse and Mental Health Services Administration found that sleeping pill-related ER visits rose from 22,000 in 2005-2006 to 42,000 in 2009-2010. Furthermore, prescription sleeping pills have been associated with 320,000 to 507,000 deaths each year and overall fourfold risk of death. The isk of death increased with frequency of use. While this association is not necessarily causative for all affected, Sarah Boseley of The Guardian points out that prescription sleeping pills can “increase depression, which can trigger suicide … [as well as] interfere with motor and cognitive skills, which makes driving dangerous, and can cause sleep apnea, which results in disturbed sleep and can lead to heart problems,” potentially accounting for a significant proportion of deaths.

Over-the-counter sleep aids have also been associated with a number of health risks, including increased risk of stroke and cardiac events as well as respiratory depression. Researchers have also found that long-term use of diphenhydramine, in particular, has been linked to cognitive impairment and dementia.

Z-drugs are a group of sedative-hypnotic drugs used to treat insomnia. They include:

These are the most popular prescription sleep aids in the United States and work by binding to the GABA receptors in the brain. As Drs. Michael Thorpy and Shelby Freedman Harris explain, “Their main effect is to dampen arousal, thereby allowing sleep to occur.” While not physically addictive, they can be psychologically addictive, sometimes severely so, and can be used to create a high.

Benzodiazepines are not distinctly sleep aids, but are typically used as anti-anxiety medications. However, some physicians do prescribe them for sleep, and some people take them for sleep even if they were originally prescribed for another condition. They include:

Like Z-drugs, benzodiazepines bind to GABA receptors in order to promote relaxation and sleep. However, these drugs carry a higher risk of abuse and addiction than Z-drugs and are both physically and psychologically addictive. As such, discontinuation, particularly after heavy, long-term use, must be carefully monitored to prevent adverse and potentially life-threatening withdrawal symptoms.

There are numerous over-the-counter sleep aids readily available at drug stores and supermarkets. These include:

Many people also take OTC medications not originally intended for sleep but that contain ingredients that cause drowsiness, such as nighttime versions of cold medications and pain relievers as well as allergy medications. While these medications may seem innocuous, they can be addictive, both when taken therapeutically as well as when abused to produce a high. Studies on the active ingredient in many of these medications—diphenhydramine hydrochloride—have found that it increases dopamine release in the brain, explaining at least a part of its addictive potential.

If you are struggling with sleeping pill addiction, it is imperative to seek professional help to break the cycle of substance abuse, restore tranquility, and prevent further psychological, cognitive, and physical damage. For many, residential programs offer the best environment to begin the recovery process. These programs provide you with the support and guidance you need to deeply examine your substance abuse and develop concrete strategies to replace destructive patterns with healthy alternatives. The continuous oversight afforded by these immersive environments means that your symptoms can be closely monitored and your treatment team can immediately respond to changes in your condition. For people struggling with benzodiazepine addiction, medically supervised detox gives you a safe environment in which to go through the withdrawal process and minimize the risk of trauma.

One of the most important components of residential treatment programs is the opportunity to participate in an in-depth psychological assessment process. This includes not only formal testing and clinical interviews, but ongoing clinical observation that helps elucidate your psychological state. This is essential to recovery due to the fact that, as with other substance use disorders, both sleep disturbances and sleeping pill addiction often originate in emotional distress, including co-occurring mental health disorders. These include mood disorders such as major depression and bipolar disorder as well as anxiety disorders, not to mention a range of other psychological conditions. You must treat the underlying cause of insomnia and/or addiction to restore emotional and behavioral harmony and prevent relapse.

For Laurie, her road to recovery gave her back not only her natural sleep patterns, but her life:

A week into my stay in rehab, I had my first great night’s sleep without drugs. Two months later when I emerged, I put all I’d learned there to the test in my daily life: I went to bed at the same time every night. I did yoga five times a week. I attended 12-step meetings. It’s been more than a year now since I’ve put a pill into my body. The depression and anxiety I used to suffer from are gone. Life is […] good. I’m excited about the future. And I can dream again.