Why Quitting Alcohol Cold Turkey Can Be Dangerous 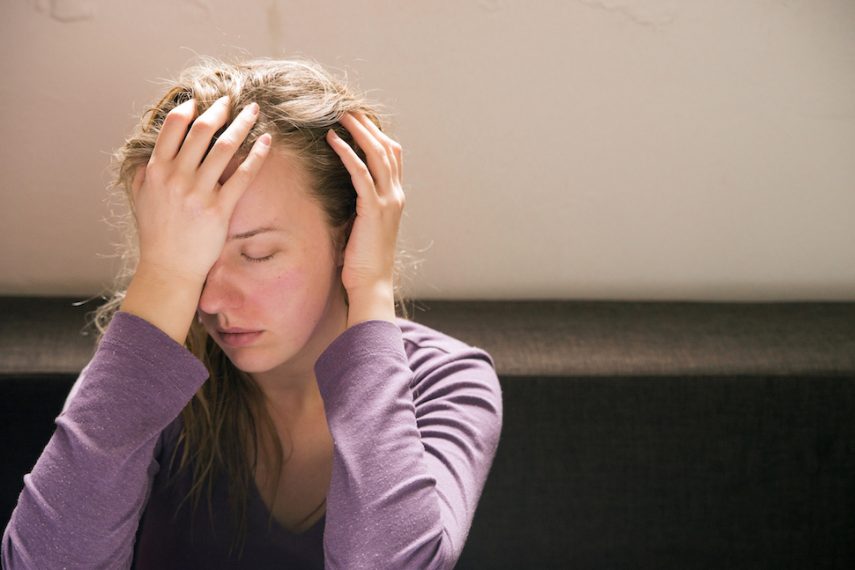 Unlike many other substances, the sudden cessation of alcohol in heavy users can be harmful and even fatal. Alcohol withdrawal causes several uncomfortable symptoms. It can also cause serious conditions like delirium tremens and seizures. Sudden stoppage of drinking is harmful to mental health and can make patients vulnerable to worsening mental illness or suicide. It is essential for anyone with alcohol use disorder who wants to stop to do so with medical support. The right care makes detox safe.

Withdrawal from many types of substances is uncomfortable and painful, but not dangerous. Alcohol is an exception. Quitting drinking cold turkey can have serious health consequences, and in some cases even be fatal.

If you or a loved one is struggling with drinking and are considering stopping, reach out for professional support. There is a safe way to detox.

Stopping use of any substance after you’ve developed a dependence can lead to what experts call withdrawal syndrome. Withdrawal is one of the characteristic signs of substance use disorder. According to official criteria, withdrawal is either:

Withdrawal occurs when you become physiologically dependent on a substance. If you drink heavily and frequently, your body and brain begin to adapt to it. You’ll find you need more and more alcohol to get the same effect. You can become dependent, leading to withdrawal if you try to stop.

What Is Alcohol Withdrawal Syndrome?

There are many similarities in what withdrawal feels like from one substance to another, but there are differences too. Alcohol is unique enough that there is a distinct condition experts recognize called alcohol withdrawal syndrome.

There is no definitive amount or duration of drinking that leads to withdrawal syndrome when you try to stop. Everyone is different, but the more heavily you drink and the more frequently, the likelier it is that you will go through withdrawal when stopping.

Symptoms of alcohol withdrawal may begin six to eight hours after you stop drinking. Common symptoms include:

Not everyone experiences severe withdrawal, but the risk is there. About half of people with alcohol use disorder experience withdrawal syndrome when stopping. Approximately 10% of people have more serious consequences from quitting drinking.

The Dangers of Alcohol Withdrawal Syndrome

When a heavy, long-term drinker stops consuming alcohol, the central nervous system responds to adjust to the change. These adjustments can lead to severe, life-threatening symptoms and complications:

A risk of untreated alcohol withdrawal is the onset of seizures. They typically begin within the first 48 hours after stopping drinking. Seizures can even occur much later, up to 20 days later.

Researchers have found that the chances of having seizures in withdrawal increases with the number of times someone has been through the process already. The accumulated changes to the brain from drinking heavily and stopping repeatedly seem to contribute to seizures.

Delirium tremens is a serious and dangerous condition that some people develop within a few days of quitting alcohol. It is most likely to occur in someone who has been drinking heavily for many years. Symptoms of delirium tremens include:

Delirium tremens can be fatal. The risk of dying from it is significantly reduced with proper medical support. This includes supportive therapy, such as fluids, supplements, and benzodiazepines.

This is a related complication rather than a direct result of alcohol withdrawal. It often co-occurs and can intensify withdrawal symptoms. Wernicke-Korsakoff is a thiamine (vitamin B1) deficiency that causes nervous system symptoms.

Heavy alcohol use damages the lining of the intestines, which limits the amount of thiamine absorbed into the bloodstream. The deficiency can cause cognitive impairment, an abnormal gait, delirium and disorientation, and eye muscle paralysis.

Some of the symptoms clear up with treatment for withdrawal and deficiency. Many people end up with some permanent issues, such as memory problems. Patients with Wernicke-Korsakoff syndrome who do not receive treatment can die.

Alcohol withdrawal may trigger mental health symptoms or worsen existing conditions. Most common are depression, anxiety, and insomnia. Anxiety is not unusual in people who misuse alcohol because many use it to self-medicate this feeling. Withdrawal can cause acute anxiety within a couple days of stopping.

Depression is also fairly common, and it can be fatal. Some studies estimate that 15% of people in alcohol withdrawal are at high risk for suicide. Withdrawal may worsen existing depression or trigger new symptoms.

Protracted withdrawal syndrome, or PWS, affects some people going through alcohol withdrawal. It is a long-term condition that may persist for up to a year. PWS causes symptoms similar to acute withdrawal: anxiety, depression, insomnia, tremors, high blood pressure, and high heart rate.

In some people, PWS causes opposite types of symptoms. Instead of elevated heart rate and blood pressure, it slows down the nervous system. These patients experience a lower metabolic rate and low energy.

Another risk of quitting cold turkey is the possibility of a relapse to heavy, dangerous drinking. Alcohol withdrawal syndrome can last for several days, causing so much discomfort that you turn to drinking again. The risk here is that you will binge dangerously, which could cause alcohol poisoning or an accident.

PWS is a special concern for people in recovery from alcohol use disorder. When the symptoms persist for so long, it can become very difficult to abstain.

How to Quit Drinking Alcohol Safely

The risks of detoxing from alcohol should not deter you from doing it. Detox can be safe with proper medical care, and it’s a lot safer than continuing to drink heavily. Long-term alcohol abuse can lead to liver disease, digestive problems, heart disease, increased cancer risk, and more, even death.

The safest way to detox and stop drinking is to do so under the care of experienced medical professionals. Luxury rehab for alcohol addiction includes two main strategies:

The Importance of Ongoing Treatment

It is essential to recognize that your road to recovery doesn’t end with a safe detox. You run the risk of relapsing if you don’t continue with long-term treatment for alcohol use disorder. This includes therapy, medications, social support, and ongoing care.

Alcoholism can be very difficult to overcome. Consider spending time in a residential facility where you can truly focus on long-term recovery and learn how to avoid relapse.

Alcohol withdrawal is a serious, dangerous, and even life-threatening condition. Take it seriously. If you have been drinking heavily for a while, don’t try to go it alone. Talk to your doctor or therapist to find out what you need to do next to detox safely.