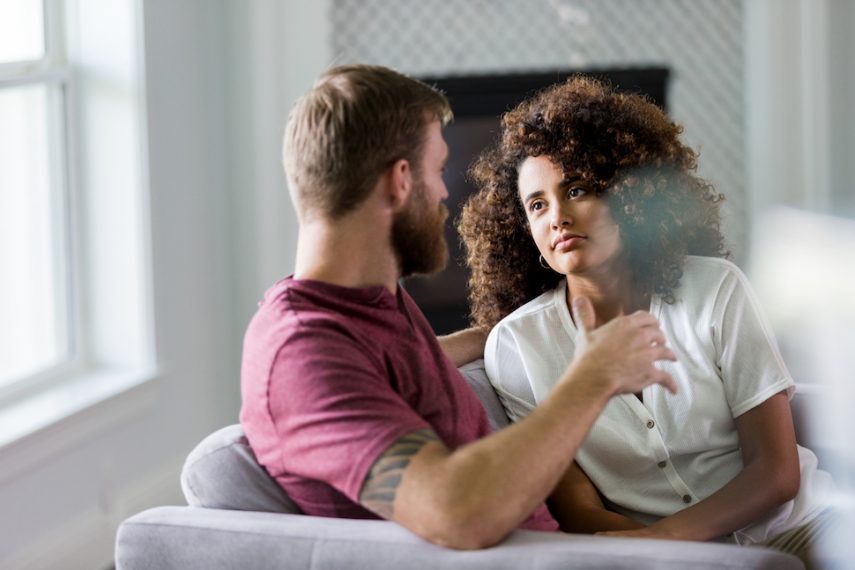 Cocaine addiction is a stealth condition. Few who use cocaine recreationally or socially expect to become dependent, but the drug tends to promote reckless drug-using habits that can quickly morph into chronic cocaine abuse. Family members and friends may be able to detect the telltale signs of cocaine abuse long before the abuser can, and their intervention could be the decisive factor that convinces their loved one to finally admit the truth and seek help for their dangerous cocaine dependency.

Even though cocaine use peaked in the 1970s and 1980s, the drug is still around and used and abused by several million Americans each year. While most who experiment with cocaine will stop using it without complication, others won’t be so lucky. Their use of this powerful stimulant will eventually spiral out of control, putting them at high risk for physical and psychological dependency.

You may have a loved one who you’re certain has used cocaine at one time or another. Perhaps this cocaine use is happening right now, either secretly or out in the open. This is definitely a reason for concern. It should put you on high alert and leave you ready to intervene if necessary.

If you know or suspect your partner, child, parent, friend, sibling, or an extended family member has been using and abusing cocaine, your awareness of the hazards of this sneakily addictive drug could make all the difference. Once you recognize the signs of cocaine abuse and addiction for what they are, you’ll understand that a crisis is imminent and that the time to act is right now.

Is Cocaine the Problem? Here’s How to Know

There are many clues that can reveal cocaine abuse and a developing addiction. Some of these indicators are subtle and some more blatant, but you’ll be sure to spot at least a few of them if your loved one has been abusing cocaine for any length of time.

Here are five of the clearest signs of cocaine abuse and a burgeoning addiction:

#1 Financial Problems That Have No Clear Source or Cause

Cocaine is not a cheap drug. Consequently, cocaine abuse can start to have a negative impact on a person’s financial status in a relatively short period of time. Someone who uses it regularly could end up spending thousands of dollars a month to support their habit, and even people with good jobs and successful careers will struggle to maintain that level of investment.

If your loved one has a job and was able to pay their bills in the past but is falling behind now, it’s a sure bet that a new factor has entered the picture. If you ask your loved one about this and they give evasive answers, it suggests they’re ashamed to admit the truth about what has actually been happening. Escalating cocaine abuse will inevitably have a massive impact on the abuser’s wallet and bank account, and that is something they won’t be able to hide for long.

Individuals who abuse powdered cocaine may repurpose seemingly insignificant personal or household items as drug paraphernalia. That’s why you should be suspicious if you find hand or pocket mirrors, straws, rolled-up pieces of paper (including paper money), baggies, or small metal tubes either lying around or hidden in unusual places. The more often this happens, the more likely it is that they are being used by someone who is inhaling (snorting) cocaine.

Needless to say, if you find traces of anomalous white powder on such objects or on trays, countertops, tabletops, magazines, or anywhere else, that would represent conclusive evidence of hidden cocaine consumption. Equally obvious would be such items as burned spoons, rubber tubing, glass pipes, lighters, and needles or syringes. This type of paraphernalia would be used to smoke or inject cocaine, which are the methodologies preferred by some hard-core abusers.

When someone becomes addicted to cocaine, they will likely descend deeply into the denial stage before they’re finally ready to face reality. Instinctively they will attempt to hide the truth about their cocaine abuse and its dire consequences from themselves and from everyone else.

A person dependent on cocaine will frequently lie about where they’ve been and what they’ve been doing. They will have all sorts of excuses to explain why they showed up late to work, to an appointment, or to a family event, if they managed to show up at all. They will concoct complicated tales to explain their money shortages, sudden health issues, or breakups with friends or romantic partners. They will become more and more reclusive and isolated from loved ones and detached from hobbies they used to enjoy. Even when they’re caught red-handed in a lie or actually using cocaine, they will still make excuses for their behavior or apologize and promise with great sincerity to never do it again (a pledge that may not last for more than a day or two).

People who’ve been abusing cocaine may experience either gradual or rapid weight loss. This will happen even though they’ve given no indication that they’ve been trying to lose weight, either by eating less or exercising more. Men and women who lose weight due to cocaine abuse will not appear healthy, but will instead look pale and tired and demonstrate a noticeable lack of energy.

There are other outward manifestations of cocaine abuse that are likely to appear if the abuse has been going on for a while. For example, individuals sliding into cocaine addiction may develop odd twitches or ticks, or they may seem nervous and have a hard time sitting still. Their pupils may appear unnaturally dilated, and they may constantly be blowing or wiping their noses as if they have a cold. Nosebleeds may eventually develop as a consequence of the last symptom, indicating that the person abusing cocaine has done real damage to their nasal passages.

One step beyond the physical changes just referenced are serious health maladies directly related to prolonged or heavy cocaine abuse. A person who uses cocaine for months or years without restraint can develop frightening long-term physical and mental health problems, which are clear signs of drug abuse that their loved ones should never ignore.

Some of the severe and potentially life-threatening conditions commonly associated with cocaine addiction and abuse include:

If left unchecked, cocaine abuse can lead to a potentially fatal drug overdose. These events directly result from escalating drug use, either of cocaine exclusively or of cocaine mixed with other substances. A person who develops any of the above problems may be abusing cocaine, but someone who experiences an overdose is definitely abusing it and is in desperate need of intervention.

Coming All the Way Back From Cocaine Dependency

Individuals who’ve been abusing cocaine are playing with fire—and you’ll be doing the same if you ignore their behavior.

Once you realize cocaine may be taking control of your loved one’s life, the best gift you could ever give them would be to convince them to seek a professional evaluation from a licensed and experienced addiction counselor or rehab specialist. If that evaluation validates the presence of cocaine dependency, you should get your loved one into a recovery facility as quickly as possible before this hazardous drug can cause any more damage.

No matter how long your beloved friend or a cherished family member has been abusing cocaine, it is never too late to get help. Residential treatment programs for cocaine addiction can produce impressive and sustainable results, regardless of the severity of the dependency. As long as they have you standing by their side, ready to offer your unconditional love and support, their sincere commitment to professional rehab and recovery can produce remarkable and inspiring results.