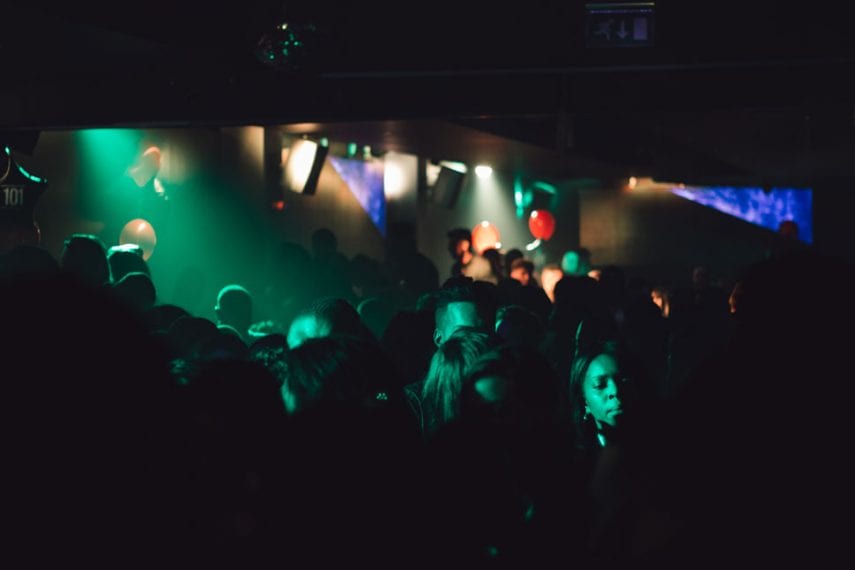 Lacing and substitution of club drugs, including stimulants, entactogens, and psychedelics, is rapidly making their use more dangerous than ever before. Understanding the role of drug culture in the EDM scene and the origins of lacing and substitution is vital to making sense of the rising prevalence of counterfeiting and its deadly consequences. If you are abusing club drugs, it is imperative to seek treatment as early as possible to protect yourself and find freedom from harmful substances.

On February 11, 2017, Oghenovo Avwunufe was alive with possibility. He had just married his love, Jody McLennan, the previous autumn and was still deep in the honeymoon phase. He liked dancing, he had a job he was passionate about, and those who knew him would recognize his laugh anywhere. Occasionally, he also liked cocaine. On the night of the 11th, he and his friends snorted a few lines, enough to have fun but not enough for Jody to notice he was high.

On February 12, 2017, Oghenovo Avwunufe had passed away. “I went to wake him and he wasn’t alive anymore,” Jody, a widow at only 39, says. Despite her efforts to revive him, it was too late. He died at 25 years old, due to the fentanyl that laced his cocaine, unbeknownst to him. In the wake of his death, Jody is speaking out about the dangers of tainted drugs in the hope of preventing others from suffering the same fate.

Tainted drugs are nothing new; unless you have manufactured the drug yourself, you never know exactly what you are getting. What is new, however, is the prevalence of drug substitution and contamination, particularly in the world of club drugs. Whereas “traditional” club drugs like MDMA and cocaine have always presented their own risks, today we are seeing rapidly rising substitution of traditional drugs with more dangerous substances, presenting new and often unknown hazards. These conditions are sparking both overdoses and inadvertent dependencies, making drug use more dangerous than ever before.

The electronic music scene has exploded exponentially over the past 30 decades, from the rise of raves and underground dance parties to the emergence of massive EDM festivals drawing tens of thousands of participants. Drugs have long been part and parcel of this subculture, allowing revelers to augment their responses to lights and music, experience the rush of euphoria, and dance until the sun comes up. In fact, drugs themselves, particularly stimulants, entactogens, and psychedelics, are often a major component of the scene’s appeal.

And so it was no surprise when journalist Lauren McKeon found herself surrounded by drug use at Sensation, an electronic music festival attended by over 30,000 people in November of 2014. Despite the festival’s zero-tolerance policy, she saw people “conspicuously snorting white powder and downing pills” wherever she looked. “I saw them doing lines in the bathroom but also off the backs of their hands in the middle of the crowd,” she writes. Even when medics arrived to tend to a slumped-over partygoer who could no longer lift his head, people kept dancing, kept putting pills and powders into their bodies, never knowing what they were going to get. “All of the people I spoke to seemed to think they were invincible, obstinately assuring me that while everyone around them might pop sketchy pills, they never would,” McKeon says.

The Origins of Lacing and Substitution

It is precisely the high and growing demand for club drugs, along with users’ willingness to take drastic risks, that drives lacing and substitution. Pure drugs can be expensive and difficult to make, particularly as government regulations make it more difficult to acquire ingredients, effectively spurring the proliferation of counterfeiting. As McKeon explains:

Drug makers continue to find cheaper synthetics to stretch their supply, effective transforming [these drugs] into the chemical equivalent of a Louis Vitton purse. As it gets increasingly popular, everyone wants it and everyone wants to sell it, which creates a whole side industry of shoddy knock-offs.

As a result, more expensive and difficult to produce drugs, like MDMA, may be laced or substituted with cheaper and more plentiful “known” street drugs such as methamphetamine. In other cases, synthetics designed to resemble the real thing are substituted wholesale. “Kids are being used as guinea pigs,” says Joseph Moses, spokesman for the Drug Enforcement Agency (DEA). “The manufacturer didn’t go through clinical trials, the person who orders and repackages it doesn’t know what it’s gonna do to somebody, and the user didn’t know what it was going to do to them.” These substances are particularly nefarious since personal testing kits cannot keep up with the avalanche of new synthetics hitting the market, allowing them to go undetected.

Fentanyl, however, occupies a special place in the world of lacing and substitution; not only is it cheap, prevalent, and easy to make, it is also so potent that you only need a very small amount to get high, making its use highly profitable for manufacturers and dealers. Unlike many synthetics, it produces immensely pleasurable effects for many users, even if those effects are drastically different from those you were originally seeking. As Dr. Samuel Gutman, a physician involved in harm reduction efforts at EDM festivals, puts it, “If you’re getting high, you’re getting high.” As such, it encourages repeat use, augmenting the danger of overdose and addiction.

The Prevalence of Counterfeiting

So just how common is lacing and substitution in the world of club drugs? Very. Data from virtually every available source reveal that you are now many times more likely to buy a counterfeit drug than actual MDMA. The DEA says that only 13% of seized MDMA is pure while the Toronto police estimate that number at that less than 10%. In British Columbia, the STS Pain Pharmacy, which specializes in addiction care and offers contaminant testing of recreational drugs, over 90% of tested drug samples contain fentanyl, including cocaine, methamphetamine, and MDMA samples. Meanwhile, a 2015 investigation by Vice Magazine found that cocaine samples tested at Bestival were at best 40% pure and laced with lidocaine, benzocaine, and even Levasimole, a veterinary medicine used to de-worm livestock. Of the MDMA samples tested, exceedingly few showed high MDMA content—some contained no MDMA at all—while more dangerous drugs like dextromethorphan (DXM), PMA, and amphetamines were readily identified. This testing, of course, was limited to known substances; the presence of emerging synthetics was impossible to identify.

The widespread practices of lacing and substitution, particularly using fentanyl, are now seen as more dangerous than traditional club drugs themselves and have been identified as the primary cause of a growing number of overdoses and deaths. In Cuyahoga County, Ohio, 19 people died in January aloneas the result of cocaine mixed with heroin or fentanyl, most of whom are unlikely to have known their cocaine contained opioids at all. But fentanyl is far from the only cause of death. Between July 2011 and April 2012, 20 people in Alberta and seven in British Columbia died after taking what they believed to be MDMA or cocaine, but was in fact PMMA, a stimulant that can cause organ failure due to overheating. The prevalence of lacing and substitution means that now virtually every community has stories like these and families that must cope with the loss of their loved ones.

The Need for Treatment

Drug counterfeiting and lack of reliable testing mean that it is impossible to modulate use for predictable results; every time you use you are putting yourself at unknown risk of overdose. If you are abusing club drugs or have become dependent on an unknown substance through club drug use, seeking treatment as early as possible is essential to protecting your health. By connecting with a high quality addiction treatment program, you can gain the insight and skills you need to take control of your life. Through a comprehensive curriculum of therapies, you will be able to better understand what drives your drug use and learn how to experience joy, self-esteem, and social connection without relying on harmful chemicals. In recovery, you can experience the freedom of sobriety, expand your ability to truly love and be loved, and nourish your authentic self.

Alta Mira offers a comprehensive suite of treatment programs for people struggling with drug addiction as well as co-occurring mental health disorders and process addictions. Contact us to learn more about our renowned programs and how we can help you or your loved one start the journey toward recovery.