The Increasing Prevalence and Dangers of Counterfeit Drugs 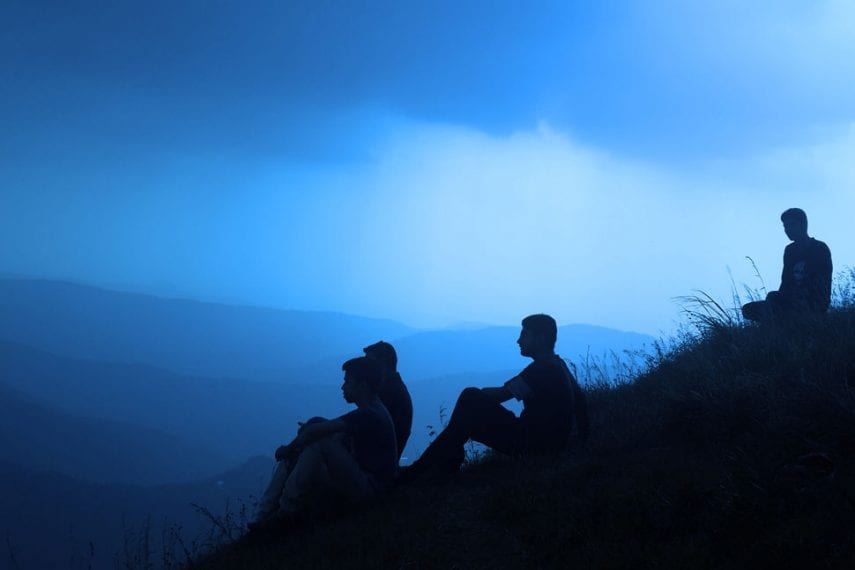 It was summer and we were on a farm. The sun was sinking below the horizon and we could see nothing but rolling hills and trees for miles, lit by the last embers of sunset. People were dancing and music was playing and my friend held four little capsules in his hand, one for each of us. We swallowed them down and we went for a walk through the woods as we waited for the familiar weight of the MDMA to come. The conversation quickly becoming a chorus of, “Are you feeling anything yet?” and, “Are you high?” 20 minutes passed, then 40, and nothing happened. Well, not nothing. Our hearts were racing and we all felt a little sick. After an hour it became obvious that whatever powder was stuffed into those capsules was not MDMA, nor was it any other drug we could identify; we were walking through the dark fields on a completely unknown substance. And we weren’t the only ones; most people at the festival had bought their drugs from the same dealer and everyone had the same experience; there were dozens of us who had no idea what we had put in our bodies or what was going to happen.

We got lucky. Aside from a general feeling of unease and unhappiness that passed by the time we woke up the next day, we experienced no adverse effects. But as the illicit drug markets floods with counterfeit drugs, things can go very wrong.

The International Scope of Counterfeit Drugs

Counterfeit drugs are increasingly becoming a problem around the world, affecting virtually every type of drug. According to the Drug Enforcement Administration, from 2009-2013 ,only 13% of seized substances purported to be MDMA actually contained any MDMA. In a study published last month, researchers discovered that 40% of people who reported taking MDMA had in fact unknowingly taken bath salts, an ever-expanding category of designer drugs with a wide range of side effects. One research subject even tested positive for flakka, one of the most dangerous and potentially deadly bath salts currently in production. In London, at least six people experienced severe reactions after injecting Epsom salts sold as crystal meth. Meanwhile, a drug dealer in Amsterdam is facing murder and attempted murder charges after selling white heroin to tourists, telling them that it was cocaine. Three of his customers died and 12 more were hospitalized. And explicitly recreational drugs aren’t the only substances vulnerable to counterfeiting; last summer in San Francisco, several people overdosed on fentanyl sold as Xanax. In Canada, health authorities issued warnings about fentanyl-containing prescription opiate pills following an alarming number of overdoses, including that which lead to the death of 17-year-old Jack Bodie, who collapsed in a park after taking fake OxyContin. “This is really a disaster that’s happening,” says Philip Emberley, the Canadian Pharmacists Association’s Director of Pharmacy Innovation. “I don’t think any community is immune to this at all.”

Drug counterfeiting is nothing new; we have all heard stories about inexperienced cocaine users ending up with a bag of flour or pot smokers buying dried oregano. Recently, two drug dealers were arrested in Brooklyn for selling $16,000 worth of cocaine that was in fact crushed sheetrock. What isnew is both the prevalence of counterfeiting and the drugs used in substitutions; users are at much greater risk for receiving a counterfeited product, and that product is much more likely to contain powerful psychoactive substances. Without knowing exactly what is in a particular drug, even experienced users are unable to ensure proper dosage, predict effects, or use common risk-reduction methods.

There are several driving forces behind this extraordinary rise in fake drugs:

Counterfeiting via bath salts, however, has a special motivation that explains its prevalence: self-preservation by drug manufacturers and dealers. The criminalization of manufacturing, dealing, and possession, after all, depends on legislating specific ingredients and compounds; by using legal substances to continuously create new designer drugs, the illicit drug industry is able to stay ahead of criminalization by putting legislators in a reactive rather than proactive position. As the Associated Press points out, “People are inventing so many new, legal ways to get high that law makers can’t keep up.” Despite newly introduced legislation banning a number of bath salt drugs, experts do not see an end to the proliferation of these new designer products. “The moment you start to regulate one of them, they’ll come out with a variant that sometimes is even more potent,” says Nora Volkow, director of the National Institute on Drug Abuse. Worse still, the home testing kits some employ as part of their risk reduction strategies also can’t keep up with the rapidly growing number of new designer drugs, leaving users vulnerable to taking unknown and damaging substances.

When people who aren’t addicted to drugs learn about the dangers of counterfeit drugs, they can choose to simply stop taking drugs. But people who are addicted keep using despite potential and material consequences; that is, after all, the hallmark of addiction. Addicts are therefore at heightened risk for damage from exposure to counterfeit substances and are far less likely to stop using even after experiencing adverse effects. If you are struggling with drug addiction, seeking comprehensive addiction treatment can help you regain control of your life and develop the skills you need to break free from the compulsion to use. By establishing a strong foundation for sobriety with the support of compassionate addiction experts, you can end the suffering of addiction and stop putting yourself at risk from substance use, regardless of whether the drugs you are using are what they purport to be or not.

But addiction treatment isn’t just about achieving sobriety; at Alta Mira, we believe that true healing must address the full scope of your emotional, physical, and spiritual needs. As such, we create holistic, individualized treatment plans to support you on a journey of profound self-discovery and personal growth. By uncovering your authentic self, free from drugs and alcohol, you can move forward with renewed confidence, joy, and purpose.

Alta Mira offers a comprehensive suite of addiction treatment services that include residential, intensive outpatient, and continuing care options. Contact us to learn more about our innovative approach to treatment and how we can help you or your loved one start the recovery journey.