Managing Addiction as a Chronic Condition: The Ongoing Journey of Recovery 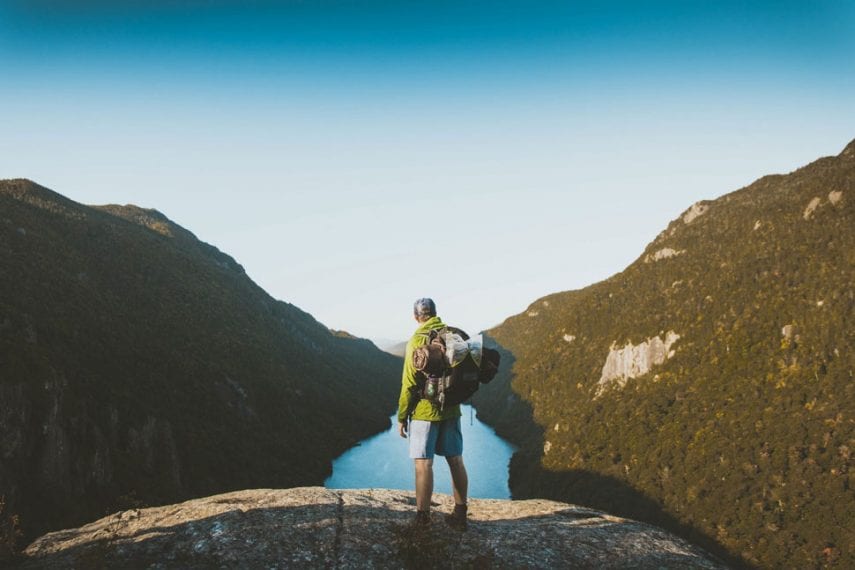 The widespread recognition of addiction as a chronic brain disease marks an extraordinary departure from outdated and damaging ways of thinking about the illness, redefining the possibilities of recovery. However, the medicalization of addiction also brings with it challenges, as the mainstream medical establishment remains unequipped to offer effective treatment. Finding the right short- and medium-term treatment in a specialized addiction treatment environment is the best way to begin managing addiction as a chronic condition long-term.

Last November, something remarkable happened. For the first time in history, the U.S. surgeon general released a report on addiction. Spurred by the emergence of the opioid epidemic, addiction was formally recognized as a public health crisis in need of national leadership and policy change. However, while the release of the report itself was a historic occasion, Surgeon General Vivek Murthy’s statements on the nature of addiction are just as remarkable. “What science tells us very clearly is that addiction is in fact a chronic disease of the brain and we have to treat it with the same urgency, compassion, and skill as we would any other chronic illness,” he said. “I am calling for a cultural change in how we think about addiction. For far too long people have thought about addiction as a character flaw or a moral failing.”

Of course, Murthy is not the first to recognize addiction as a chronic disease. Indeed, in recent years undeniable and mounting evidence of the neurological effects of addiction that has emerged thanks to advances in brain imaging technologies. These advances are what drove the American Association of Addiction Medicine to formally classify addiction as a “primary, chronic disease of brain reward, motivation, memory, and related circuitry” in 2011, a definition that has since changed the way addition is understood and treated by individuals and organizations around the world. But Murthy’s public acknowledgment and call to arms is perhaps the most powerful indication yet that the paradigm has truly shifted on a mass scale.

In many ways, recognizing addiction as a chronic disease of the brain is liberating. By moving away from moralistic and judgmental framings, shame and self-blame can dissipate and allow for a more clear-eyed, compassionate view of this painful affliction. It gives addicts and those who love them a new language for understanding themselves and opens up new paths toward healing that are at once more humane and more effective. It restores hope and dignity and can begin to illuminate why treatment has failed in the past and what good addiction treatment looks like.

The Challenges of Medicalization

But managing addiction as a chronic condition isn’t a simple prospect, practically or emotionally. “It’s a tough sell,” says A. Thomas McLellan, a researcher specializing in substance abuse.

It’s tough to hear, “I’m sorry, we don’t have a cure. You can’t get detoxed, go away for 30 days, get your head straight and not be affected.” Same is true for diabetes. There is no place that I know of that gives you 30 days of insulin treatment and a hearty handshake and sends you off to a church basement. It just won’t work, so that’s tough.

And while addiction is now increasingly being compared to other chronic illnesses like diabetes or asthma, the general medical establishment itself is woefully underequipped for dealing with it. As McLennan points out:

[Addiction treatment has been] purposely set up to be separate form all of health care and that’s the way it’s been for four decades. They’ve been doing heroic things, but they’ve been underfunded, undertrained, and they have been unable to provide the most contemporary kinds of treatment and monitoring. So then you turn to […] mainstream health care. What we found is that less than 10 percent of American medical schools have a course in addiction. Ditto nursing, ditto pharmacy schools. So, contemporary physicians are not equipped to deal with it.

Thus, the medicalization of addiction does not currently open many doors to treatment and monitoring within the mainstream medical environments. As such, managing addiction as a chronic condition is best done within specialized treatment environments. Finding a treatment program that does not suffer from the underfunding and lack of resources so common within the addiction treatment community, however, can be a challenge and it is imperative to know what to look for to ensure that you receive the best care.

The first step toward recovery from any type of addiction is acute treatment, typically in the form of a residential treatment program. While there are myriad residential programs out there, it is vital to connect with one that works from the philosophy of addiction as a chronic medical condition and has the resources to offer effective, cutting-edge treatments. These programs are staffed by clinicians with specialized training in addiction medicine and combine the latest research with time-honored interventions to provide personalized treatment plans that speak to each person’s unique situation.

Following medically supervised detox, a high-quality residential treatment program will engage you in a comprehensive array of psychological assessments and individual and group-based therapies to investigate the roots of your addictive drive and develop the coping strategies you need to disrupt destructive patterns of thought, emotion, and behaviors. You will be offered relapse prevention medications as applicable and participate in interventions that seek to restore neurological harmony. The duration of this treatment must be dictated by your individual circumstances rather than an arbitrary timeline, allowing you to optimize healing and minimize the risk of relapse.

However, residential treatment is only the first step on your ongoing recovery journey. For some, residential care should be followed by a stay in a sober living environment or an Intensive Outpatient Program (IOP) that will provide you with the structure, monitoring, and care you need to gain control of your addiction outside of the residential environment. For others, stepping down into a less intensive continuing care program comprised of peer support and process groups is the best option. Your residential treatment program should ideally offer a comprehensive suite of programming to allow you to move through the phases of recovery seamlessly.

Intensive treatment short and medium-term treatment environments can provide a strong foundation for recovery and allow you to find freedom from active addiction. However, the chronic nature of addiction means that the recovery process is never truly over; you must continuously work to maintain and build on your recovery. In many ways, recovery must be a lifestyle, woven into the fabric of your life in an intrinsic way that allows you to resist cravings and dysfunctional impulses of your brain. Your residential treatment team should facilitate this by developing a detailed roadmap of what your time after residential care looks like and put immediate resources in place to ensure that you have the support you need during immediately following treatment and in the future. Using the coping techniques you have learned in residential care along with external resources like 12-step meetings and individual outpatient therapy, you can recommit yourself to recovery on an ongoing basis.

Your treatment team will also work with you to gain the insight and self-awareness necessary to identify situations and emotions that put you at risk of relapse. This self-understanding will empower you to recognize when your addiction threatens to come to the surface and give you the opportunity to find the support you need to stay sober throughout your life, whether that means turning to meditation, upping your meeting attendance, or returning to an IOP. The residential treatment program you choose should always be available to offer you ongoing resources as you move through the stages of recovery and provide both practical and emotional guidance as you learn to manage your addiction long-term.

There is no cure for addiction and recognizing that can be a difficult thing. But ultimately, recognizing addiction as a chronic condition empowers you to find a path toward sustainable healing and connect with the kind of treatment you need to find true and lasting freedom from addiction.

Alta Mira offers a comprehensive suite of treatment programs for people struggling with drug and alcohol addiction as well as co-occurring mental health disorders and process addictions. Contact us to learn more about our innovative, medically-based curriculums and how we can help you or your loved one start the journey toward recovery.