Not Running Away: Exercise Addiction Treatment Can Help You Regain Control of Your Well-Being 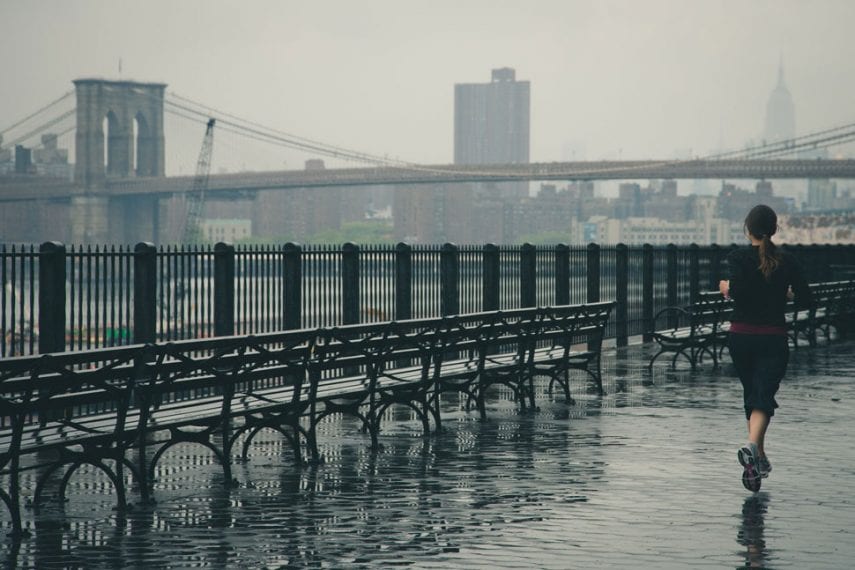 In an age where headlines are full of cautionary tales regarding obesity, fatty foods, and the negative effects of a sedentary lifestyle, too much exercising may seem like the least of your worries. After all, physical fitness is encouraged by doctors and known to produce an array of benefits for both body and mind. Not only does exercise strengthen your cardiovascular and immune systems, but the release of “endorphins and enkephalins (the brain’s version of opium) and endocannabinoids (the brain’s version of marijuana)” can elevate mood and help you optimize mental well-being. However, for some people, this neurochemical pleasure becomes addictive, driving you to engage in ever-increasing exercise, in much the same way a drug addict seeks out higher doses of illicit substances. For others, exercise addiction develops as symptom of or maladaptive coping mechanism in response to a pre-existing mental health disorder. Although commonly associated with eating disorders, the compulsive drive to exercise can be triggered by a range of psychological illnesses, including depression, anxiety, and Obsessive-Compulsive Disorder. Whatever the cause, this painful condition can have serious physical and emotional consequences and requires specialized exercise addiction treatment to restore psychological health and regain control of your life.

When I Was Running, Everything Was Okay

When Charlotte was 27, she began running to help her deal with the dissolution of a 5-year relationship. “I was feeling so low and needed a distraction,” she says, “Running seemed like the perfect thing.” She downloaded a Couch to 5K program to ease her into it, and although she suffered a few shin splints and stitches while she developed her technique, the elation she found while running was unlike anything she had ever experienced. When she was running, she was free; the painful reminders of her lost love disappeared and her world became tightly focused on her rhythmic breaths, the sting of wind on her cheeks, and the pleasant burning in her calves. After graduating from Couch to 5K, she quickly set her sights on marathon training, amping up her running schedule to 7 days a week and skipping over short runs in favor of extending her distance each time she stepped out the door. Soon, her entire life became structured around her running; when she wasn’t doing it, she was thinking about it, planning routes, keeping track of her split times, and counting the hours until she could lace up and head out again. “It was like I was in an altered state,” she says, “When I was running, everything was okay, and when I wasn’t running, all I wanted was to feel that sense of control and stability again. Other things just stopped mattering – running was the only thing that made me feel any sense of satisfaction or accomplishment.”

I Was Blinded By My Addiction

At first, her friends were impressed by her commitment and marveled at Charlotte’s physical transformation. But over time, they grew concerned. They watched as she ran through injuries and worried for her well-being as she ran in heat waves that kept most people indoors, unable to resist the urge to exercise even in dangerous conditions. They also noticed that if they caught her soon after a run she was pleasant, upbeat, even euphoric. However, if it had been a while since she last exercised, her mood turned sour and irritable and they could tell she was itching for her next run. “When my friends began suggesting that I slow down, all I could feel was panic. Without running, what was I going to do with myself? I rationalized it by telling myself they just didn’t understand what it’s like to be committed to something, but in reality, they could see that I was hurting while I was blinded by my addiction.” It wasn’t until Charlotte broke a bone in her foot that she was forced to confront the full scope of her addiction. “They put me in a cast; if it hadn’t been physically impossible to run, I’m sure I still would have tried.” Without the possibility of running, she was suddenly hit by severe withdrawal. “It was hitting rock bottom. All the emotions that I had been suppressing came flooding out and I didn’t know who I was anymore. I was angry, lost, and felt a terrible emptiness. That’s when I realized I needed help.”

I’m Not Running From Anything Anymore

Charlotte entered a residential treatment facility that offered dedicated exercise addiction treatment while still in her cast, and with the support of compassionate clinicians and peers who understood her struggle, she was able to begin her healing process. “What I discovered through treatment was that I had depression and exercising was my way of self-medicating. The break-up had acted as a trigger, and instead of processing my emotions in a healthy way, I literally ran away from my problems, only to get caught up in a cycle of addiction.” Like many people who develop exercise addiction, Charlotte was suffering from a co-occurring mental health disorder that drove her to develop a damaging relationship with a typically health activity and treating the underlying cause of her compulsive exercising was critical to her recovery. Through individual, group, and holistic therapies, Charlotte was able to re-establish a healthy relationship with her physical self, regain a sense of identity outside of running, and receive the treatment she needed to recover from her depression in a meaningful and authentic way. “Exercise is still a part of my life. Only now, it’s not the only thing. I’m not running from anything anymore.”

Alta Mira provides comprehensive treatment for people suffering from addiction as well as co-occurring mental health disorders. Contact us to learn more about how we can help you or your loved one start your journey towards recovery today.