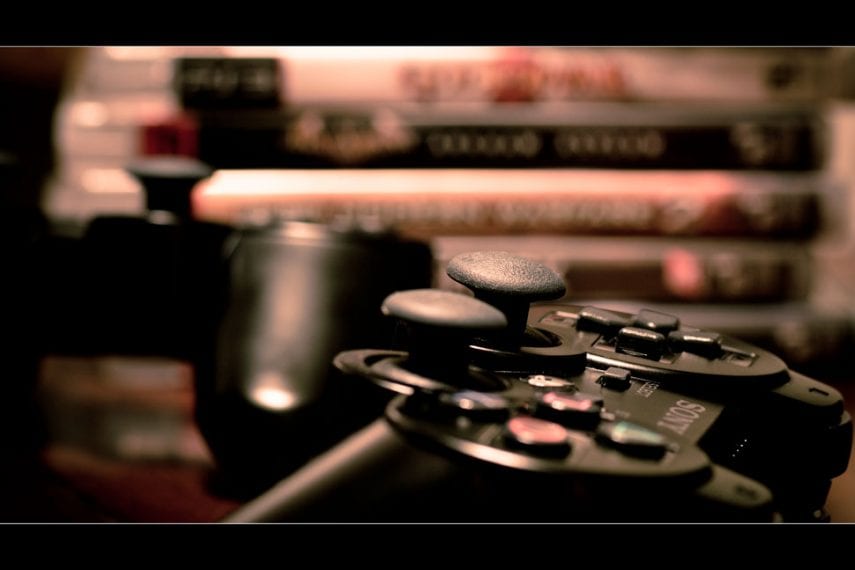 Video gaming is a such a common and cultural form of entertainment, it seems you can’t look anywhere without seeing an advertisement for the newest online multi-player game, an aisle full of the rectangular cases, or a home with at least one gaming console. With rapidly evolving technological advances and concepts becoming a large part of our country’s current makeup, even toddlers and young children have access to video games in some form or another.

When used for learning, periodic entertainment with friends, or social connections in moderation, video games can be an incredible addition to one’s world—but moderation may not be possible for everyone. Video games, whether console, pc, internet-based, or mobile, can allow the player to enter a fantasy world that they become reluctant to leave. It can mask itself as a form of escapism from stress, anxiety, and even deeper and more complex emotional issues, including unresolved trauma and unresolved distress. If left untreated or unnoticed, gaming as a way of escape can lead to other addictive behaviors, including substance abuse.

Traumatic experiences and the loss of control

Any time we experience trauma, it takes a toll on our emotional, mental, and even physical well-being. When these things occur in childhood, they can appear in a variety of ways later on in life, and evolve in severity and shape. In 2010, the National Survey of Adolescents found that over 70% of young people in treatment for substance abuse also reported at least two instances of trauma in childhood—ranging from sexual and physical abuse to neglect and abandonment.

The ways that people deal with traumatic experiences is wide-ranging, but an underlying factor in any reaction is the perceived loss of control. When people, especially in their developmental stages, have been hurt, abused, or mistreated, the perception that all negative circumstances are beyond their control is almost a certainty. Because PTSD can show itself in silent and seemingly harmless ways, it can be even harder to detect whether or not a person feels a loss of control, is experiencing deep internal pain, or has any adverse emotional residue from their experiences to begin with.

Not only does this perceived loss of control affect the way the sufferer views and interacts with the world, it can alter the choices they make when it’s ignored. Imagine being told to drive to the grocery store without your hands—you’d try any other method you could to gain control so as not to crash. Often, people who sense that their lives are not their own choose other, potentially harmful ways to obtain that feeling of control, but that inner sense of loss remains.

Gaming and the creation of a safe world

Many people play and enjoy video games with no negative effects, and some can make healthy careers out of their love of gaming. Unfortunately, video gaming can be used to mask the symptoms of trauma by allowing the player to create a world to get lost in that seems better than his or her own—one that the player has control of by way of buttons on a remote.

Those who suffer from anxiety, depression, PTSD, or any other residual condition resulting from trauma may find that video games allow them to forget their distress and maintain a feeling of “normalcy” while they are playing. In addition, most of these games are a way of socializing in a safe manner, simultaneously allowing the player to feel connected to others while maintaining distance and safety from real interaction. This coping mechanism masks the underlying issues of trauma and keeps the player feeling safe, artificially happy, and in control—of something.

Though all who get lost in a video game do not necessarily develop issues with substance abuse, the thread between trauma, excessive gaming, and alcohol or drug use is undeniable—in large part due to the chemistry of our brains.

Severe trauma can create a warped sense of what feels good based on the individual’s personal experiences, and trauma can also result in deficiencies in important mood-lifting chemicals such as serotonin and dopamine. Video games, nine times out of ten, revolve around a reward system; if you do something well or correctly, you will receive something in return for being “good.” This provides a burst of these hormones, and can make the gamer literally feel better while playing.

The problem with this is that video gaming is not enough for some. For those with prolonged symptoms of trauma or those who have experienced abnormally adverse situations, they may find that this reward system isn’t doing the job anymore—especially because it is not possible to play video games 24 hours a day. Substance abuse, then, might be a step up when gaming fails to deliver rewards and raise these hormone levels in the same way. And, many people find that using or drinking while playing video games is the ultimate way to escape—they are making choices to feel good, making them feel as though they are in control, when the opposite is true.

Why holistic treatment can be especially effective

It is important to note that video gaming has also been used positively, aiding in certain cases of PTSD and other mental disorders, but that has been in conjunction with quality treatment and therapy. Holistic and natural therapies at Alta Mira, such as outdoor enjoyment or yoga, can awaken those same hormones in real, beautiful ways—making the afflicted feel that same sense of reward when smelling fresh air or maintaining a yoga pose.

Treatment at a quality center can also get at the heart of trauma suffering, video game addiction, and substance abuse, because it allows for real social connection. Combining group therapy with holistic treatment can be the perfect combination for someone who has turned to gaming or alcohol to feel safe. If you or someone you know uses gaming and substance abuse as methods of escape, know that it is possible to feel in control of your future—without a remote control.

Video game addiction and substance abuse can be linked in a real way—and need treatment just like any other addiction or disorder, especially when co-occurring. Alta Mira is committed to quality treatment and varying therapies to meet your individual needs. If you or someone you know suffers from an addiction, contact us today.