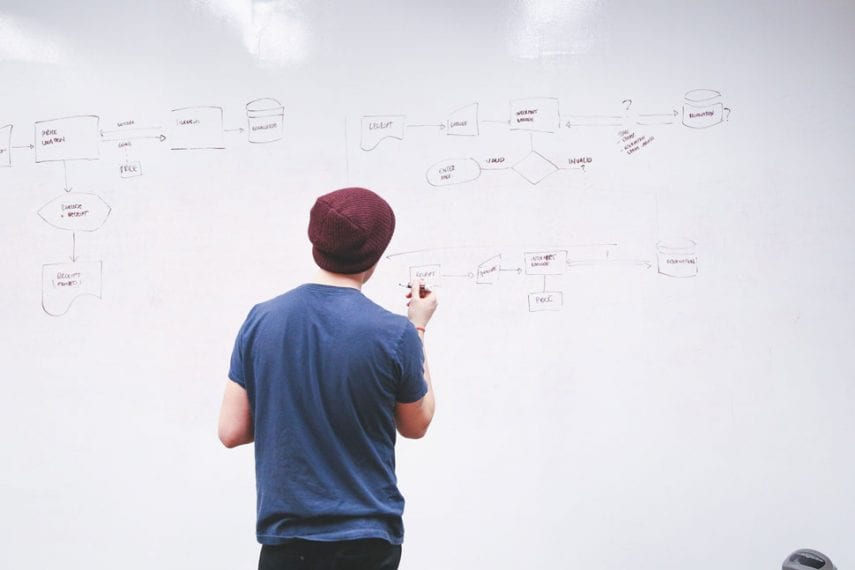 There was a time, not long ago, that addiction was considered an affliction of morality, of personal failing, and of weak character. Over the past several decades, however, scientific discoveries have begun to shine a new light on addiction, and have shifted our understanding of addiction from one of morality to one of illness. More specifically, neuroimaging studies have provided empirical evidence of brain changes as the result of chronic, long-term drug use, giving us greater insight into the neurological basis for addiction and the progression of the illness. As a result, addiction is now defined as a chronic brain disorder, a tremendous victory for those who have been fighting to end the demonization of drug addicts.

Yet despite this new understanding of the nature of addiction, many people still struggle to see it as a disease like cancer or diabetes. As a result, addiction remains highly stigmatized, and addicts are often left to grapple with both internalized shame and lack of social support, creating significant obstacles to healing. Even if you do seek help, many treatment programs take a decidedly moralistic approach decidedly at odds with a medical understanding of addiction. As David Scheff, who wrote a highly celebrated book detailing his son’s struggle with crystal meth addiction, tells The Fix:

There’s a whole treatment system that built up over the years based on this model that people need to be chastised. [My son] was in programs where he would break a rule—not going to enough meetings or not cleaning up the dishes well enough. He’d have to get a toothbrush and go to the floor of the bathroom and clean the grout. If you’re sick, it doesn’t make sense.

The fact that such programs ostensibly agree with the conceptualization of addiction as a medical condition speaks to the intense contradictions that exist within the treatment community, and larger society as a whole: addiction is a disease… except when it’s not.

But Maia Szalavitz, author of a powerful new book called Unbroken Brain, thinks there is another, more accurate understanding of addiction that neither compares it to diseases like diabetes, nor relegates it to the realm of moral failings. Rather, she believes that addiction is a learning disorder, and that increasing public awareness of the true nature of addiction will allow for both better treatment and public support for those struggling with the condition.

Addiction as a Learning Disorder

For Szalavitz, drug addiction is a personal matter. After struggling with an undiagnosed autism spectrum disorder early in life, she turned to drugs to soothe herself in chemical bliss, improving her sociability and easing her sensory symptoms. When her experimentation with softer drugs gave way to cocaine and heroin use, she soon began experiencing overwhelming cravings that drove her to keep injecting, even when she could no longer feel any effects, and even when her world started to crumble around her. “I kept using despite getting suspended from Columbia University, which I’d worked most of my conscious life to be able to attend,” she writes. “I kept injecting despite losing friends – though difficulty socializing was one of the main reasons I took drugs in the first place. I kept on despite the risk of overdose death, disease, the disappointment of my family and the stigma.”

According to the morality theory, her use was driven by arbitrary and free personal choice; she chose drugs over healthier options because she liked them. But Szalavitz, like other addiction experts, believes that her choices were neither free nor arbitrary, but were informed by a series of brain changes that led her toward ever-escalating drug use, deeply damaging her ability to choose to notuse. As noted in a 2004 paper in Nature:

Drug addiction manifests as a compulsive drive to take a drug despite serious adverse consequences. This aberrant behavior has traditionally been viewed as bad ‘choices’ that are made voluntarily by the addict. However, recent studies have shown that repeated drug use leads to long-lasting changes in the brain that undermine voluntary control.

These brain changes shape how we integrate information and make decisions based on that information; they affect how and what we learn. More specifically, writes Dr. Shahram Heshmat, the addicted brain “appears to overvalue pleasure, undervalue risk, and fail to learn from repeated mistakes. In other words, drugs distort an unconscious brain process into anticipating an exaggerated level of pleasure.” It’s not that people with addiction experience more pleasure from drugs or even that they are making decisions based on the actual amount of euphoria experienced, it’s that the cognitive distortions produced by altered brain activity keep the brain in a perpetual state of wanting, driving behavior on an unconscious level.

Of course, not all learning is unconscious. “Addiction can’t occur without [learning]. If you don’t learn that a drug makes you feel better (at least at first) and then continue to take it to cope even when it does more harm than good, you can’t be addicted,” Szalavitz explains. “If you don’t learn the connection between the drug and its effects, you basically wouldn’t even know what to crave, so you couldn’t pursue it.” In Szalavitz’s case, she found that drugs would “make her feel okay in the world” and help her cope with the distress of sensory, social, and emotional struggles. Because she began using at a time of extraordinary neurological vulnerability – adolescence – her brain was uniquely primed to hold on to “pathological learning,” to the exclusion of healthier but less rewarding behaviors. Even when her use tolerance became so great that she stopped being able to get high, she kept using because this learning was so deeply ingrained; far from being a matter of voluntary choice, drug use becomes the first, best, and only option. Erin Brodwin writes, “[F]or many addicts, by the time the drug stops working, the brain has already decided that it needs to use, despite plenty of evidence (and perhaps even a few interventions) to the contrary.” In other words, the addicted brain doesn’t make decisions based on material reality, but on its own learned need for drug seeking, making punishment-based treatment unlikely to succeed.

If addiction is a medical condition in general and a learning disorder specifically, morality-based admonishments do not open up pathways to healing. Punishment does not restructure the brain or promote new learning, it only demoralizes and ostracizes those who are already struggling with overwhelming psychological distress. As Szalavitz says:

If we want to do better, we need evidence-based treatments, prevention programs and other policies that recognize the role of learning and development – and we must stop trying to use punishment to fight a condition that is defined by its lack of response to negative experience.

As such, addiction treatment must create meaningful opportunities to disrupt disordered learning and replace destructive behavioral patterns with healthy alternatives based on evidence-based interventions. Luckily, the brain is a remarkably plastic organ and can be retrained to overcome many of the changes caused by drug use via empirically-supported pharmacological, insight-oriented, and cognitive behavioral therapies. By approaching addiction from a medically-driven, behavioral standpoint, modern treatment programs like those at Alta Mira are able to create highly effective, positive treatment experiences that create long-term emotional and behavioral change.

Szalavitz believes that by raising awareness about the nature of addiction, clinicians and addicts alike will gain a fuller understanding of what good addiction treatment looks like and the critical role behavioral interventions play. But she also wants to do something else: inspire hope. “The bottom line in terms of this is that we know people with addiction have a skewed decision-making system, but they don’t have no free will.” By sharing both her research and her personal experiences, she hopes to illuminate the possibilities for healing and inspire those who are looking for a way out of drug addiction to seek help. “With addiction, the vast majority of people do recover,” she says. “And that’s a really important thing for people to realize. The reason I called the book Unbroken Brain is that your brain isn’t broken. You’ve learned something that is problematic.”

Alta Mira offers comprehensive treatment for people struggling with drug addiction as well as co-occurring mental health disorders and process addictions. Contact us for more information about our renowned programs and how we can help you or your loved one start the journey toward recovery.