Understanding the Differences Between a Hangover and Withdrawal 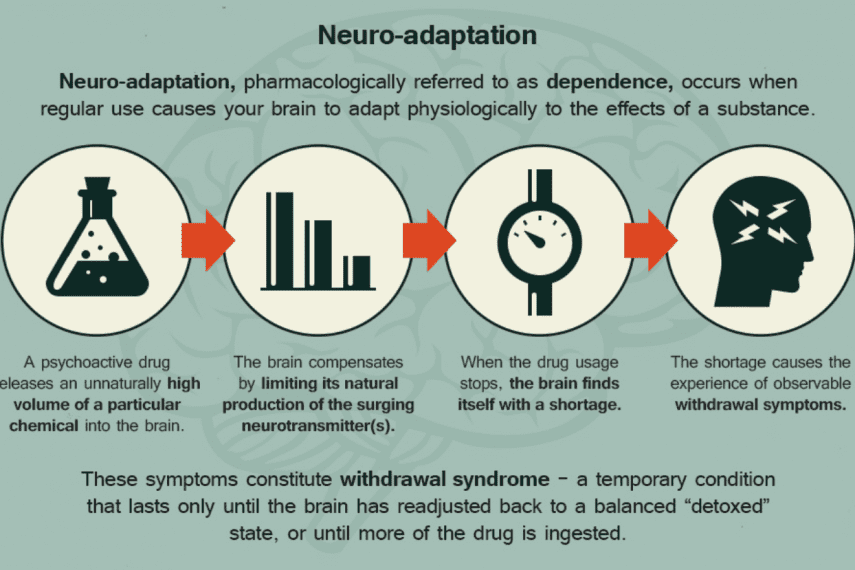 You wake up after a night of drinking with a familiar and unsettling feeling. Your head is pounding and you feel nauseated. You don’t remember much from the night before, but you feel an overwhelming sense of anxiety. Your hands shake and your irritability is through the roof. Is this just hangover, or is it withdrawal?

Hangovers and withdrawal are distinct physiological processes, but are often confused. Understanding the differences between a hangover and withdrawal not only allows you to more deeply recognize the impact of your alcohol consumption, but can also alert you to whether or not your own symptoms are a sign that you have become dependent on alcohol, allowing you to take appropriate steps to stay safe.

Hangovers are an expected and extremely normal consequence of drinking too much alcohol. In fact, about “75 percent of those who drink alcohol to intoxication will experience a hangover,” causing a range of symptoms that include:

Despite the fact that they are so common, hangovers are still not fully understood by scientists, and the common wisdom that hangovers are primarily caused by dehydration has been contradicted by recent research. However, most scientists believe that this phenomenon is caused by the disruption of your body’s natural balance via specific chemical processes. As Joseph Stromberg writes for Smithsonian:

The most compelling theory, at the moment, is that hangovers result from a buildup of acetaldehyde, a toxic compound, in the body. As the body processes alcohol, acetaldehyde is the very first byproduct, and it’s estimated to be between 10 and 30 times as toxic as alcohol itself.

The acetaldehyde theory could explain the appearance of hangover symptoms such as nausea, vomiting, sweating, and skin flushing. However, some researchers also posit that changes in immune function in response to alcohol consumption could be the cause of hangovers. Studies have found that high levels of cytokines—“molecules that the immune system uses for signaling”—are associated with hangover symptoms such as fatigue, nausea, headaches, and impaired cognitive function. Experts believe that cytokine release may be triggered by excessive alcohol consumption. In addition to the potential primary causes of hangovers, data reveals that secondary factors such as sleep deprivation, genetics, smoking, and health status can aggravate hangovers and significantly impact their severity.

Regardless of the exact chemical cause of hangovers, however, they are fundamentally grounded in excessive consumption. In other words, a hangover is a sign that you have had too much, and your system will return to normal once your body has cleared the alcohol.

The Chemistry of Withdrawal

While hangovers are caused by having too much alcohol, withdrawal is caused by having too little. In contrast to hangovers, which can affect anyone, withdrawal only happens when someone’s brain has come to depend on alcohol for normal functioning. Developing this dependency takes time, as your brain must gradually become accustomed to the continuous presence of alcohol, altering its circuitry through neuroadaptation to accommodate for this altered chemical state. Once dependency takes hold, however, your brain relies on a constant supply of alcohol to maintain neurochemical equilibrium and, over time, comes to demand ever-increasing amounts of alcohol to sustain normal activity. As WebMD explains:

Alcohol initially enhances the effect of GABA, the neurotransmitter which produces feelings of relaxation and calm. But chronic alcohol consumption eventually suppresses GABA activity so that more and more alcohol is required to produce the desired effects, a phenomenon known as tolerance. Chronic alcohol consumption also suppresses the activity of glutamate, the neurotransmitter which produces feelings of excitability. To maintain equilibrium, the glutamate system responds by functioning at a far higher level than it does in moderate drinkers and nondrinkers.

Sudden discontinuation or reduction of alcohol consumption stops this suppression of neurotransmitter activity, resulting in hyperexcitability as the brain moves into overdrive after prolonged, alcohol-induced inhibition. This can result in a host of withdrawal symptoms, including:

While alcohol withdrawal symptoms can look very similar to hangover symptoms, withdrawal symptoms don’t just go away after a few hours; in fact, in the first 6-12 hours of withdrawal, minor symptoms are typically just getting started. Within 12-24 hours of stopping you may experience audio, visual, or tactile hallucinations. Within 24-48 hours you may experience seizures. Within 48-72 hours you may begin showing signs of Delirium Tremens, a psychotic condition in which you experience disturbing symptoms such as confusion, disorientation, anxiety, and tremors. These symptoms persist as your body continues to struggle to re-establish normal function over a period of days or weeks. During this time you are vulnerable to both extreme psychological and physical damage, and even possibly death.

Recognizing When You Need Help

A hangover, while unpleasant, is not dangerous, nor does it necessarily indicate that you have a problem with alcohol abuse. Withdrawal, however, is a sign that your drinking has become a serious concern and now requires professional help. If you are experiencing withdrawal symptoms when you discontinue or cut down on drinking, it is imperative that you seek the guidance of a physician specializing in addiction medicine to create a plan for safe detoxification.

For many, medically supervised detox within a comprehensive alcohol addiction treatment program is the best place to begin the process of recovering from your alcohol abuse. At Alta Mira, our expert team of addiction specialists will assess your individual situation and create a personalized detox plan to help you go through withdrawal safely and comfortably. By integrating private, compassionate care with cutting-edge medical treatment, you will have the support you need to alleviate emotional and physical distress during detoxification and receive continuous monitoring to evaluate your progress. Once you are ready, you can seamlessly integrate into our addiction treatment program to begin exploring the roots of your alcohol addiction and learn the skills you need to move forward without turning to substance abuse.

Alcohol withdrawal can be a frightening and even dangerous experience, but with the right supports you can get through it and begin living the life you truly want.

Alta Mira provides comprehensive addiction treatment for people struggling with alcoholism as well as drug addiction, co-occurring mental health disorders, and process addictions. Contact us to learn more about our range of residential and outpatient services and how we can help you or your loved one start the journey toward recovery.

To learn more about withdrawal from alcohol and other substances, click here to check out our infographic.