Addiction and Mental Illness: When You Suspect Your Loved One Has Co-Occurring Disorders 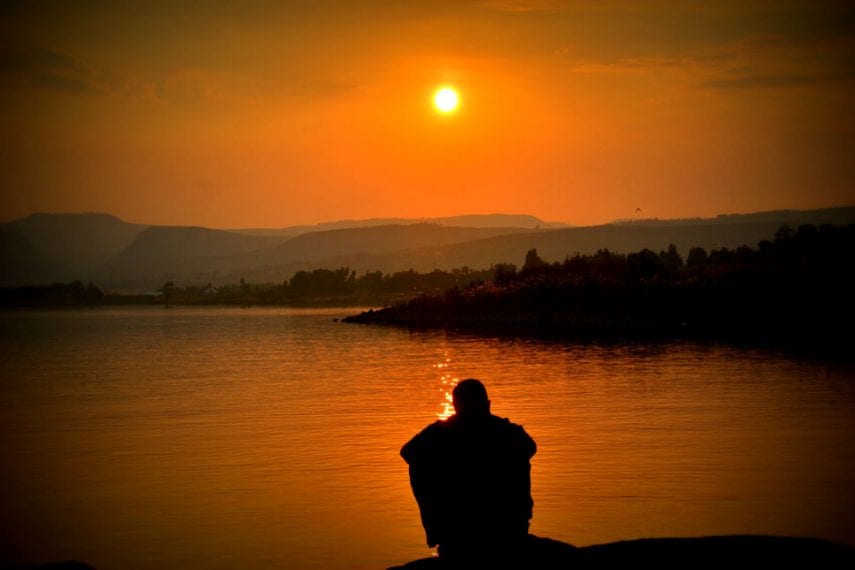 Robert was an alcoholic and he knew it. Denial had long since stopped being an option and he had spent countless hours sitting in community centers and church basements listening to the stories of strangers, telling his own, and committing himself to sobriety. “But he always went back to drinking,” says Nancy. “Sometimes he would stay clean for months, once even a year, but ultimately he couldn’t sustain it.”

Nancy and Robert have been married for twelve years and during that time she has come to know the ebbs and flows of Robert’s alcoholism better than anyone. She knew that addiction is an overwhelming force that haunts some until their last days. But as she watched Robert oscillate between recovery and active addiction, she began to believe there was something else happening that kept returning Robert to the depths of alcoholism each time he tried to escape.

For the first few years I believed that his mood changes were the result of the alcohol. Robert was never the sort of alcoholic who could keep his drinking hidden; he fully descended into a glaring depression. But as the exact shape of his drinking became more familiar to me, I began to realize that those mood changes weren’t simply the result of the alcohol; they seemed to come before each relapse.

When Nancy first brought up the possibility of a mood disorder, Robert was resistant to the idea, having internalized the stigma of mental illness. “He thought of a mood disorder as a weakness. And while I saw it as an answer, he initially saw it as yet another problem he was going to have to deal with.” Of course, Robert was already dealing with that problem. “Not having a name for your disorder doesn’t mean you don’t have the disorder. Not seeking treatment doesn’t mean you aren’t trying desperately to escape your pain and looking for comfort. But sometimes you’re doing it in unhealthy ways.”

While Robert wouldn’t agree to go to a psychiatrist for diagnosis, he did agree to track his moods on a calendar to see if there was any validity to Nancy’s concerns, a practice that quickly revealed a pattern. “Once he saw it, it was impossible to deny; his mood swings correlated perfectly with his desire to drink,” Nancy says. Armed with a clear picture of his emotional and behavioral health, Robert sought formal diagnosis and found a name for his illness: cyclothymia. “For years he had been trying to recover from symptoms of his illness. But you don’t remove a weed by trimming its leaves, you remove it by pulling it out by the roots. Cyclothymia was that root, and it was only by treating that alongside the addiction that he was able to heal.”

The Prevalence of Co-Occurrence

Drug addiction and mental illness often go hand in hand. 30% of people diagnosed with a mental health disorder will experience a substance use disorder in their lifetime. As noted by the Centre for Addiction and Mental Health, “This is close to twice the rate found in people who do not have a lifetime history of a mental health disorder.” In total, 53% of people who struggle with addiction also suffer from a mental illness, with mood and anxiety disorders such as depression, bipolar disorder, PTSD, and social anxiety disorder being the most common afflictions. Additionally, people with Borderline Personality Disorder and Narcissistic Personality Disorder have an astoundingly high rate of co-occurring addiction, with 50-80% experiencing some form of substance use disorder in their lifetime.

The Relationship Between Addiction and Mental Illness

The reasons for the high rate of co-occurring addiction and mental illness are multiple and complex, and exactly how the relationship between the two is expressed may vary from person to person. For some, addiction and mental illness occur simultaneously but do not share a causative relationship; rather, shared risk factors such as overlapping genetic vulnerabilities, overlapping environmental triggers, and involvement of similar brain regions can predispose someone to co-occurring disorders that exist largely independently. However, for most, the two are deeply intertwined:

When addiction and mental illness are interconnected, recovery from one requires recovery from the other. As such, treatment that focuses on only one half of the equation is highly unlikely to be successful.

The Value of Dual Diagnosis Treatment

“The old paradigm used to be get the addiction treated first and then come back and we’ll know how much your mental health symptoms are related to your substance abuse,” says Tim Ayas, clinical director for Claresholm Centre for Mental Health and Addictions. Evidence has shown, however, that that model is likely to fail, leading to high rates of relapse; one study found that 54% of people struggling with alcohol addiction and depression were able to maintain abstinence from alcohol when both conditions were treated simultaneously; only 21-27% of patients were able to do so if they received only addiction treatment or only depression treatment. In some cases, single-focus treatment can even be counterproductive, increasing psychological distress and fuelling self-destructive behaviors. “If you put a patient with trauma into a typical addictions program, which may encourage abstinence, they’ll experience more trauma and flashbacks,” says Dr. Wiplove Lamba, a psychiatrist specializing in addiction medicine. “And if you put them in regular trauma treatment, they start using more to cope.”

Today, the medical community is increasingly understanding the critical role of dual diagnosis treatment that addresses the unique needs of people struggling with co-occurring addiction and mental illness. “When you have an integrated team working on both, that has the best outcomes,” says Ayas. Indeed, a 2011 metareview of 24 research reviews and 43 research trials found that:

Highly structured therapy programs that integrate intensive outpatient treatments, case management services and behavioral therapies such as Contingency Management (CM) are most effective for treatment of severe comorbid conditions. Creative combinations of psychotherapies, behavioral and pharmacological interventions offer the most effective treatment for comorbidity. Intensity of treatment must be increased for severe comorbid conditions.

Guiding Your Loved One Towards Healing

If you suspect that your loved one’s addiction is related to a mental illness, it is vital that you speak up and encourage them to seek specialized dual diagnosis treatment that will address the full scope of their needs. Unfortunately, suggesting that someone has a mental health disorder can be a difficult conversation to have due to both the stigma of mental illness and the investment your loved one has in maintaining their addiction. To ensure that your conversation is a positive experience, considering the following:

Addiction and mental illness may be difficult, painful, and frightening conditions, but they are also treatable. Helping your loved one connect with dual diagnosis treatment is an extraordinary gift and can help them finally break free from the cycle of psychological struggle and substance abuse.

Alta Mira offers comprehensive, integrated treatment for people struggling with drug addiction and co-occurring mental health disorders. Contact us to learn more about our innovative programming options and how we can help you or your loved one start the journey toward healing.