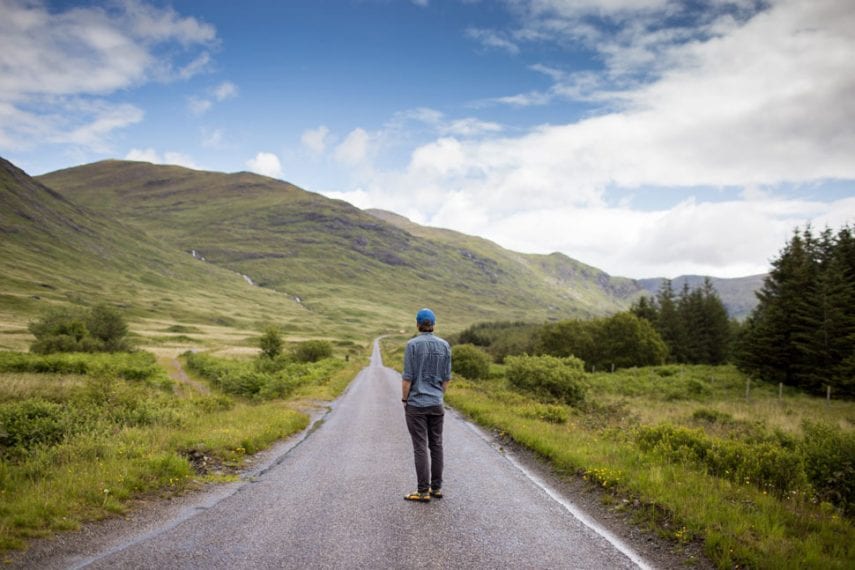 Attention deficit hyperactivity disorder, or ADHD, is a common neurodevelopmental disorder, but when left untreated, individuals are more prone to risk-taking behaviors and, ultimately, substance abuse. Alcohol and other drugs alter the levels of dopamine in the brain, and the resulting euphoria or sedation can be particularly appealing for those with ADHD, whose dopamine levels are lower than normal. Treating substance abuse along with ADHD leads to long-term recovery, especially when addictive prescription medications can be avoided and lifestyle changes support the process.

Kieran was an active young boy who was always running around outside, inventing new games, and laughing as much as he could. Sometimes, though, that energy and curiosity could get the best of him—he often got distracted and lost when walking home, he had trouble sitting still in his seat and keeping quiet during class, and he would often misplace his homework or important notices from school.

Both of his parents figured this was typical behavior for an early adolescent, but they still decided to monitor Kieran closely while giving him room to become more responsible on his own. They speculated that he might have attention deficit hyperactivity disorder, or ADHD, but ultimately determined he didn’t need treatment. While he struggled through his high school years, he managed to pass all of hisclasses and graduate thanks to after-school study sessions, personal tutors, and meetings with his teachers about how to improve.

He entered the local community college, but even with encouragement from family and friends, the load was overwhelming. One night at an off-campus party, he drank hard liquor—the first time he tried alcohol besides champagne at his sister’s wedding—and he had a blast. The following morning, Kieran woke up and found himself craving another drink. Soon, he began drinking regularly at his friend’s apartment off campus, attended parties at least twice a weekend, and had an upperclassman purchase liquor for him to keep in his dorm room. By senior year of college, Kieran was drinking something nearly every single day. It slowed him down, helped him concentrate, and he attributed passing classes (though barely) to the aid of alcohol.

It wasn’t long after graduation when his behavior became reckless: he forgot to show up for several shifts at work, pay his bills on time, and would even drive home from the bar after happy hour multiple times a week. To anyone else, it was clear that Kieran was abusing alcohol, but to Kieran, it was the one thing that made everything around him move just a little bit slower.

What Does ADHD Do to the Brain?

ADHD is a very common neurodevelopmental disorder and begins primarily in childhood. Though hyperactivity, forgetfulness, or fidgety behaviors are common in most all children at one point or another, those same symptoms do not lessen or cease with age in children who have ADHD. Genetics have been proven in multiple studies to play a significant role in whether or not a child develops ADHD, but other risk factors, such as alcohol or tobacco use during pregnancy and exposure to certain environmental toxins, have been shown to play important roles as well. When not recognized, taken seriously, or treated properly in early adolescence, attention deficit hyperactivity disorder can result in compulsive, disorganized behaviors that can lead to recklessness and risk-taking tendencies—including those involving alcohol and drugs.

Studies have shown that the DRD4 and DRD5 genes—two of the dopamine genes—are the ones most closely linked to ADHD, and that the disorder could be a matter of the dopaminergic neurotransmission system in the brain malfunctioning, or more simply, not releasing appropriate amounts of this “feel-good” hormone when appropriate. Not only have connections been made between low dopamine activity and addiction, but there have also been studies pointing to the presence of a particular dopamine receptor being the cause of pleasure-seeking and risk-taking behaviors. This is particularly relevant because many prescription drugs that treat ADHD, such as Ritalin and Adderall, raise levels of dopamine in the brain. While these drugs provide calming relief from the disorder, the atypically high levels of dopamine released—normal levels for those without ADHD—can become literally intoxicating. The desire to replicate that feeling more intensely, for some, can lead to substance abuse.

What Drugs and Substances Have the Greatest Effect on Those with ADHD?

As it has been shown that ADHD is closely connected with low levels of dopamine and their genes, substances such as alcohol and many drugs significantly alter those levels and can make the user feel either euphoric or sedated. Both of these states can feel pleasurable, depending on the specific genetic makeup of the individual and the type of attention deficit hyperactivity disorder he or she has. The only problem is when the substance wears off, the user goes back to his or her abnormal levels—thus starting the cycle all over again.

This does not mean that everyone who is addicted to a substance has attention deficit hyperactivity disorder, but it might shed light on reasons behind why someone struggles with addiction. Diagnosing and treating your ADHD while receiving treatment for your substance abuse is extremely important, as the progress of each can be affected by the other.

Treating Co-Occurring Disorders Together Is Crucial for a Fresh Start

While there are some missing links in the science and studies behind the connection between ADHD and addiction, there is no doubt that undiagnosed and untreated ADHD reveals a greater risk for drug use, alcoholism, and other dangerous behaviors. Integrated treatment, or treating both diagnoses at the same time, allows for not only more growth toward living a healthier, happier lifestyle, but also for the treatment of overlapping symptoms such as depression, anxiety, and otherwise dangerous behaviors without relying on (and perhaps growing addicted to) prescription medications.

Managing your ADHD through treatment and into recovery without prescription medications or other drugs is two-fold: the temptation towards substance abuse is reduced, and the chances to live a more fulfilling and healthy lifestyle increase greatly. Daily exercise has been shown time and time again to play a key role in managing the disorder and associated impulse control problems, and dietary changes such as the elimination or drastic reduction of sugar and processed food intake can have long-lasting effects on both the emotional and mental symptoms of ADHD, along with the overall health of the body.

Making the choice to commit to treatment is the best thing you can do to get your life back, as difficult as that step might be. Substance abuse and ADHD are inextricably linked, but getting to the core of the common factors of each—low dopamine levels and the malfunctioning of dopamine receptors—through therapy, exercise, and healthy eating patterns can help transform the way your body metabolizes and releases the hormone. Feeling that sense of euphoria when the leaves change color, when playing with a puppy, or after you get home from a jog is possible—and it is never too late to change your life.

Alta Mira prides itself on providing compassionate, quality treatment to those struggling with addiction, substance abuse, and co-occurring disorders in a warm and open environment. If you think that you or someone you know needs help and healing in this way, please contact us today.