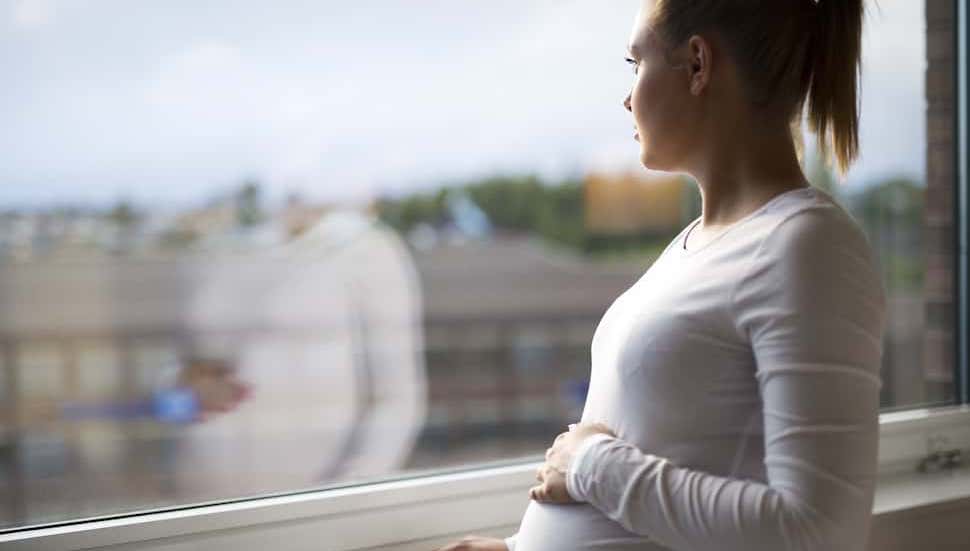 Adderall is an effective drug against the symptoms of attention-deficit/hyperactivity disorder (ADHD) in adults. But when a woman becomes pregnant, she must be extremely cautious about taking any prescription drugs, including Adderall. While the evidence of its potential harmfulness is not conclusive, in general most women should avoid taking Adderall during pregnancy, and when these women are addicted to Adderall they should seek treatment immediately, for their own benefit and to protect the welfare of their unborn child.

Adderall can help control the most disabling symptoms of attention-deficit/hyperactivity disorder (ADHD). This is true for many adults with ADHD, and the idea of going without their medication for an extended period may seem unthinkable.

But for pregnant women, or those who are planning to have a child soon, continuing to use Adderall—or any prescription medication, for that matter—may not be an option.

A further complication is that many people are now misusing Adderall for other purposes. The drug has become especially popular among students who believe it can give them energy while helping them improve their focus and concentration. The misuse of Adderall can easily lead to addiction, and women who’ve been abusing Adderall may find it difficult to stop, even if they are pregnant.

The Surprising Facts about Pregnancy and Prescription Drugs

While research into the impact of prescription medications on pregnancy is scattered and limited, there are some drugs that are known to cause a range of problems, including miscarriage, birth defects, premature birth, or developmental disabilities.

But despite obvious concerns, there are no blanket bans or strong recommendations against taking prescription medications during pregnancy, mainly because most of these substances have not been extensively tested to assess their true hazards. Consequently, many prescription drugs, including those used in the treatment of ADHD, can still be obtained by pregnant women.

In fact, research shows that about half of all pregnant women will take at least one prescription medication during pregnancy, oftentimes during the first trimester when the fetus is in its most sensitive developmental stage.

When conclusive evidence is lacking about the effects of such medications, most physicians leave it to the discretion of the patient to decide what they will or won’t consume, and research indicates that about one percent of pregnant women are choosing to take Adderall or other ADHD drugs throughout the full terms of their pregnancies.

Because of changes in hormones and emotional balance, some women have experienced more severe symptoms of ADHD during pregnancy, and that may explain why at least some continue to take Adderall despite any questions or uncertainties they may have. Some pregnant women who take this medication, including those who abuse it for non-medical purposes, may be trapped in a cycle of dependency, making it harder to stop using the drug even if they believe they should.

Adderall is a central nervous system stimulant that contains amphetamine salts, and its chemical formula makes it highly addictive if it is used outside the parameters of a prescription.

Should an expectant mother become addicted to Adderall, her child could experience withdrawal symptoms and other complications at birth, including low birth weight. The risk of premature birth is also greater when women abuse amphetamine-based products, and there is every reason to assume this applies to Adderall as much as any other drug in this category. In addition, one of the ingredients in Adderall, known as dextroamphetamine, has been linked to one specific case of birth defects in the child of a woman who took it in the first trimester of pregnancy. One reported incidence is of course not definitive, but anecdotal evidence is often all that is available when assessing the safety of drugs administered during pregnancy.

Amphetamine-based medications like Adderall have certain side effects that can be dangerous to pregnant women, and that can indirectly put fetuses at risk as well. For example, people who take Adderall may experience sudden increases in heart rate and blood pressure, which could lead to restricted blood flow to the child.

Addiction also can lead to reckless behavior that puts mother and child alike in harm’s way, regardless of the chemical effects of the drug in question.

While much more research is needed, most women who take Adderall for ADHD would be wise to refrain from continuing usage after pregnancy, or when trying to become pregnant. Alternative methods for treating adult ADHD may be recommended by physicians and other medical authorities, such as changes in diet, possibly including the addition of herbs or vitamin supplements. Stress management techniques like meditation, yoga, Tai Chi, or biofeedback may also be suggested since these practices can help restore emotional balance.

In a few instances, doctors might go against the grain and recommend that Adderall use continue. This could happen if the woman suffers from a severe form of ADHD and it is believed that the memory and concentration problems, insomnia, poor attention span, and impulsivity associated with the disorder might put the health of mother and child at risk. It is known that ADHD symptoms often intensify during pregnancy, and that is something that must be taken into consideration when evaluating the wisdom of discontinuing the medication.

However, when a pregnant woman has been diagnosed with an addiction to Adderall, there is no dispute: with the guidance of her physician, drug use must cease immediately, and the best way to ensure this happens is through treatment.

Our luxury Adderall rehab offers medically-supervised detox appropriate for a wide range of clients, including those who are expecting a child, along with therapy and other essential treatment services in outpatient or inpatient recovery programs tailored to meet the needs of each individual patient. When an addiction to Adderall is present, bad consequences for the user are inevitable, and a still-developing child is likely to share that fate.