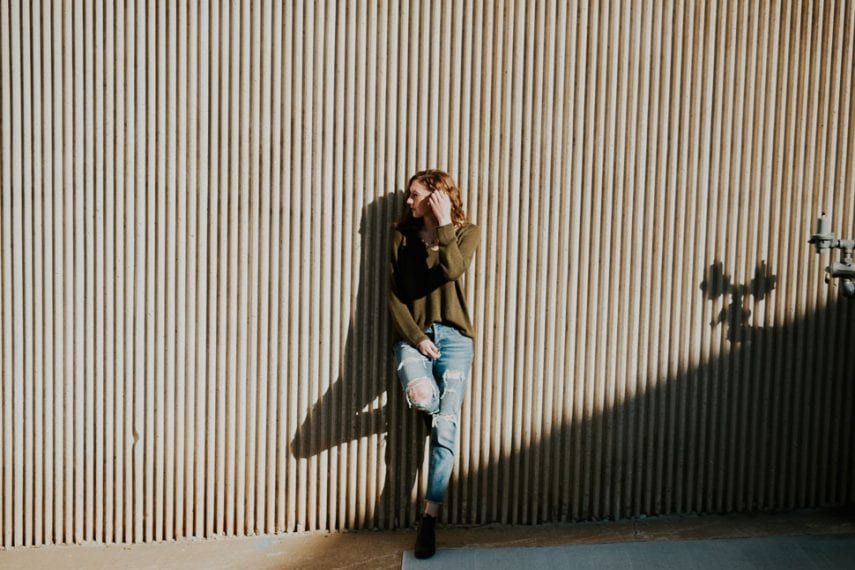 Borderline personality disorder and alcohol addiction often go hand-in-hand, creating a painful cycle of suffering that can feel impossible to break out of. By exploring the prevalence and causes of co-occurrence, you can come to see the relationship between your BPD and your drinking more clearly and understand the need for dual diagnosis treatment.

When you live with borderline personality disorder, it can be like walking through the world without skin, with no protection from the pain of living. In your desperate desire to find relief from distress, you turn to self-destructive acts that offer temporary solace but ultimately cannot bring you lasting respite. Sometimes, the telltale signs of these acts mark the body—the thin parallel lines from the razor blade or the red blooms of cigarette burns. But for many, damage comes in a more internal form of self-injury: alcohol addiction.

Borderline personality disorder and alcohol addiction often go hand-in-hand, sharing a complex and tumultuous relationship that diminishes your already precarious stability and throws you deeper into distress. Even if you use alcohol to ostensibly cope with your BPD, in the end, it only causes your symptoms to worsen. Recovery demands simultaneous, dual diagnosis treatment of both disorders in order to foster lasting change and help you move toward the life you truly want.

The Prevalence of Co-Occurrence

However, borderline personality disorder and alcohol addiction don’t simply occur alongside each other; the overlap of illnesses creates dangerous conditions in which each disorder is potentiated. AsDr. Robert J. Gregory writes:

There is evidence that BPD worsens the severity or course of alcohol use disorders. [Research has established that] co-occurring BPD predicted lifetime severity of alcohol dependence, psychological problems related to drinking, earlier age of onset of drinking, worse adaptive coping, and suicidal ideation. Likewise, studies examining patient populations in treatment for BPD have demonstrated that a co-occurring substance use disorder adversely affects outcomes on measures of psychopathology.

In other words, having BPD makes alcohol addiction worse and having alcohol addiction makes BPD worse. Meanwhile, the presence of both disorders compromises the efficacy of single-focus treatment; if you have BPD and alcohol addiction, you are highly unlikely to achieve good treatment outcomes if only one side of the equation is addressed unaddressed.

The Causes of Co-Occurrence

The causes of the high rate of co-occurrence are not fully understood and it is unlikely a single cause exists. Rather, co-occurrence is driven by a variety of factors:

Shared Biology: It is possible that BPD and alcohol addiction share genetic underpinnings that promote the development of both disorders.

Potentiating Symptomology: The risk-taking and impulsivity that so often accompany BPD can diminish your ability to regulate your own alcohol consumption. Dr. Joseph Troncale, an addiction medicine specialist, says, “Addiction plus BPD can be lethal as BPD patients are more likely to be suicidal and impulsive to begin with. Add alcohol or drugs and the ability to prevent self-harm goes out the window.”

Maladaptive Coping: Drinking can act as a way of coping with the pain of BPD or the traumatic events that precipitate it. People with untreated BPD typically rely on self-destructive behaviors to cope with distress, including self-injury. Alcohol use can in many ways be regarded as another form of self-injury as you engage in damaging behaviors to alleviate pain; in addition to being unable to regulate your own alcohol consumption, you may lack the desire to do so in the first place.

Neurological Relief: Some researchers now believe that alcohol use disorder may arise in part as an unhealthy way of trying to stimulate the endogenous opioid system (EOS). Dr. Kristalyn Salters-Pedneault, a psychologist specializing in the treatment of BPD, explains that the function of the EOS is “to relieve pain and act in reward and reinforcement behaviors.” Because there is evidence that people with BPD have diminished EOS function, alcohol may be used in an attempt to activate the EOS in order to temporarily relieve symptoms.

The exact roots of co-occurring borderline personality disorder and alcohol addiction varies for each person; despite the commonalities often found amongst people with these disorders, your history and experience with these illnesses is unique to you. However, by understanding the possibilities of origination, you can begin to more deeply reflect on the nature of your illnesses and the connections between them.

The Need for Dual Diagnosis Treatment

Both borderline personality disorder and alcohol addiction can be deeply distressing and interfere with your ability to live a healthy, productive, and joyful life. In order to achieve lasting relief from symptoms and find true recovery, both disorders must be treated simultaneously. While the importance of dual diagnosis treatment has been reiterated in studies again and again in the presence of co-occurring disorders, it is particularly critical when a mental health disorder and addiction impact each other to the extent to which BPD and alcohol addiction do. Unfortunately, most addiction treatment programs are not adept at providing comprehensive treatment for people with borderline personality disorder, making it imperative to find a treatment facility with the expertise necessary to provide effective, high-quality care.

High-quality dual diagnosis treatment will begin with a thorough in-depth psychological assessment to confirm diagnosis. Because the symptoms of BPD and alcohol addiction often so closely mimic each other, it is imperative that diagnosis be performed by an expert diagnostician at appropriate stages of recovery to gain a clear understanding of your symptomatology. An individualized treatment plan can then be crafted taking into account your unique situation and presentation, ensuring that the full scope of our needs is addressed. Using a personalized mixed of individual therapies, group therapies, and holistic therapies, you can begin the process of understanding the impact of BPD and alcohol addiction on your life, enhancing self-understanding, and developing the skills you need to move forward. You also have the opportunity to begin to heal from any trauma you may have experienced via specialized trauma-focused therapies, allowing you to find freedom from past pain.

In many ways, the most effective strategies for BPD treatment are the same as those for alcohol addiction treatment: learning how to accept yourself, sit with distress, regulate your emotions, forge meaningful connections, and how to create inner tranquility without resorting self-destructive behaviors. By connecting with a residential treatment program that can offer you the support and guidance you need to connect with your authentic self, find new purpose, and establish emotional and behavioral stability, you can open the door to sustainable recovery and newfound joy.

Alta Mira offers comprehensive treatment for people struggling with addiction as well as co-occurring mental health disorders and process addictions. Contact us to learn more about our innovative suite of programs and how we can help you or your loved one start the journey toward healing.