What Is the Difference Between Opioids and Opiates? Understanding the New Dangers of Addiction 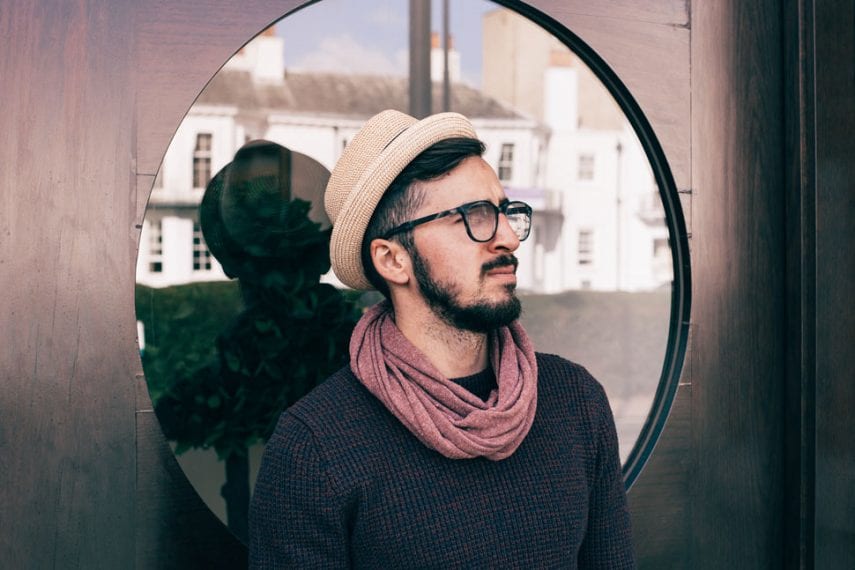 As an epidemic of overdose and addiction sweeps across the US, the words “opioid” and “opiate” are entering our everyday lexicon like never before. But what is the difference between opioids and opiates? Does this difference impact the dangers of the drugs? By exploring why not all opioids are created equal, you can gain deeper insight into your loved one’s experiences with substance use and understand why treatment could save their life and your family.

Last spring in the Santa Clarita Valley, eight people overdosed within a 72-hour span. All of the people involved were between the ages of 19 and 26, just standing on the cusp of adulthood. A year earlier, 27 people overdosed within the span of four hours in Huntington, West Virginia, a city of only 48,000 people. A few months later, six people died of overdoses in a single Vancouver neighborhood over the course of eight hours. While years ago these incidents may have been shocking, today they are so common that they are no sooner reported than lost in a swelling sea of overdose stories brought on largely by the introduction of fentanyl in the drug supply.

In Philadelphia, Art Gutierrez knows he’s in danger of the same fate. “It’s a new epidemic,” says Gutierrez , who makes his morning heroin run as religiously as some people get their morning coffee fix at Starbucks. “If you catch a pure bag of fentanyl, that Narcan ain’t bringing you back.” He’s right, and the danger is growing. Fentanyl-related overdose deaths rose almost 600% between 2014 and 2016 in America’s 24 largest cities. Of course, fentanyl isn’t the only overdose culprit; while fentanyl raises the stakes, you can overdose on everything from a clean, white pill you purchased at a pharmacy to a bag of heroin purchased on a street corner. In fact, heroin and prescription opioid-related overdose deaths have both sharply risen in recent years, accounting for 15,400 and 14,400 deaths respectively in 2016. But despite their alarming increases, the meteoric rise of fentanyl means it now outpaces them both, causing 20,100 deaths last year.

While individual overdose deaths rarely receive much publicity, their collective magnitude is now undeniable, sending politicians, public health officials, and addiction specialists scrambling to find answers. It has also led to the words “opioid” and “opiate” making regular appearances in headlines, policy papers, and political speeches, words that not only describe particular types of drugs but carry with them the specter of a particular type of danger. But what is the difference between opioids and opiates, and do these differences impact the surge of addiction and overdose we are now seeing? For the loved ones of people struggling with addiction to these substances, they are more than academic questions. The answers can help you better understand your loved one’s experience and the danger they are in—as well as how you can help them.

Understanding the Difference Between Opioids and Opiates

Opioids and opiates have historically referred to two separate categories of drugs made distinct by their origin:

Opiates are narcotics derived from poppy flowers. They include:

Opioids are partially or fully synthetic narcotics designed to emulate naturally-derived opiates. They include:

While opiates and opioids are chemically distinct, they all bind to opioid receptors in the brain and produce largely the same effects. As addiction expert Dr. Deni Carise explains:

The most important thing to know is that they all work on the same area of the brain, and are all addictive. They all allow you to experience euphoria, they decrease your heart rate, and though different in strength they can all kill you. The only difference between them is that when prescribed you know exactly what you’re in for, whereas when purchased on the street in different forms it’s anyone’s guess.

In other words, while opioids and opiates may have discrete origins, these broad chemical distinctions are largely meaningless. As a result, many now use the word “opioid” as an umbrella term to capture all naturally-derived, semi-synthetic, and fully synthetic substances in a single category. This makes sense from a practical perspective, particularly since many people will move between different types of opioids depending on price and availability: we are witnessing a surge in heroin addiction in people who were originally introduced to opioids via synthetic prescription painkillers. Likewise, even long-time heroin users may transition to synthetics due to changes in local drug supply. As such, the technical definitions of opioids and opiates are overwhelmingly irrelevant in the lives of users.

Opiates, such as morphine, heroin, and codeine, are naturally-derived from poppy flowers. By contrast, “opioid” has historically referred to semi-synthetic or fully synthetic narcotics that emulate opiates. However, the medical community is increasingly moving toward using “opioid” as an umbrella term for all natural, semi-synthetic, and fully synthetic drugs that act on the opioid receptors.

All Opioids Are Not Created Equal

While there remains little reason to distinguish between naturally-derived and synthetic opioids as overarching groups, each individual drug has unique qualities that inform its addictive potential and overdose risk. Of particular concern are synthetics engineered to maximize potency. Fentanyl, for example, is up to 50 times stronger than heroin and up to 100 times stronger than morphine, giving it an extraordinary risk profile. While some people deliberately seek out fentanyl from the get-go, usually after developing dependency through prescription use, others are being introduced to the drug by illicit manufacturers and dealers who are mixing fentanyl into other drugs like heroin and cocaine.

For some, like Amanda Bennett, a 26-year-old woman who became addicted to opioids following her C-section, regular heroin was no longer enough once fentanyl entered the picture. “If there’s no fentanyl in it, I don’t want it at all,” she says. “I’m addicted to the fentanyl. If there’s no fentanyl in it, it doesn’t get me well at all.” Many users, however, have no idea that there is fentanyl in their drugs in the first place, giving them no opportunity to account for its potency. This puts everyone from first-timers to seasoned, high-tolerance users at significantly higher risk of overdose and explains why fentanyl is associated with more overdoses than any other drug. The problem is now so widespread that supervised injection sites are being set up in cities that have historically strenuously opposed harm reduction efforts, and the threat of overdose is so immediate that some users carry Narcan themselves, instructing their friends to use it on them if they start overdosing.

For drug producers and dealers, however, fentanyl is a boon. “For the cartels, why wait for a field of poppies to grow and harvest if you can get your hands on the precursor chemicals and cook a batch of fentanyl in a lab?” says Tim Reagan, a DEA agent in Cincinnati. But even fentanyl pales in comparison to other synthetics being introduced to the market. Of particular concern is carfentanil, a fentanyl analog used to tranquilize large mammals and 10,000 more potent than morphine; a dose the size of a grain of sand can be lethal. Already it has been implicated in overdose deaths across North America, including 176 drug overdoses over the course of only 6 days in Hamilton County, Ohio last year. Often, carfentanil is clandestinely added to other drugs. In some cases, however, it is selling feature of designer opioid concoctions, most notably Grey Death, a mixture that gets its name from both its distinct concrete-like appearance and its astounding risk of death. While there is no one recipe for Grey Death, mixtures may include heroin, fentanyl, carfentanil, and U-47700, a highly potent synthetic opioid also known as Pink. The emergence of Grey Death marks a new level of extremity in the drug market—as Bruce Y. Lee writes in Forbes, “Who knew that there would be a day when heroin may be referred to as that ‘weak stuff’?”

Synthetic opioids designed to optimize potency are presenting new dangers due to their increased addiction potential and overdose risk. While some seek out these synthetics deliberately, others are unwittingly introduced to them as they are clandestinely added to other drugs, such as heroin.

Treatment Can Save Lives

Opioid addiction in any form has always been dangerous, but increasing potency and adulteration have now made any illicitly obtained opioids potentially fatal, regardless of dose or frequency of use. As such, complete discontinuation is the only meaningful way for users to protect themselves. If you are concerned about a loved one’s opioid use—whether they’re using naturally derived or synthetic products—the best thing you can do for them is urge them to seek treatment as soon as possible.

A residential environment is universally preferable for people struggling with opioid abuse owing to the complexities of detox and treatment. Due to the physical and psychological effects of withdrawal, it is critical that your loved one goes through detox in a medically supervised detox program where they will be given appropriate medications designed to minimize trauma and create a positive start to recovery. For many, this will include medications like Suboxone, which has been proven to not only prevent painful withdrawal symptoms and cravings, but also improve the ability to stay in and engage with treatment.

As your loved one progresses out of detox, they can begin to participate in a comprehensive range of therapies designed to investigate the emotional, behavioral, and environmental underpinnings of their substance abuse. Addiction, after all, is not just a process of physical dependence, but of deep psychological dysfunction that must be addressed in order to create true, durable healing. With the guidance of expert clinicians and compassionate peers, your loved one can identify the roots of their addictive drive and create healthy strategies for coping with triggers, cravings, and distress. Throughout their time in treatment, they will have the opportunity to practice new skills in a safe and supportive environment.

While any form of opioid abuse carries significant risks, the introduction of more potent synthetics in the drug supply has made it more dangerous than ever before. Residential addiction treatment can help your loved one discontinue their drug use once and for all, eliminating the risk of accidental overdose and helping them rebuild their lives.

Healing as a Family

Of course, addiction doesn’t just affect your loved one—it reverberates throughout your family and touches each of you in unique ways. As such, healing must be a collective effort. High-quality residential treatment programs recognize this and offer specialized family programming designed to enhance your understanding of addiction while giving you a space to connect with other families who share your struggle. There, you can give voice to your thoughts and feelings, knowing that others understand what you are going through. You will also be able to attend sessions with your family member in order to more deeply understand each other’s needs, forge stronger bonds, and prepare for life beyond treatment. Together, you can build a brighter, more joyful future and keep your family safe from the dangers of opioid use.