How Do I Know If Someone Is on Drugs, and What Can I Do About It? 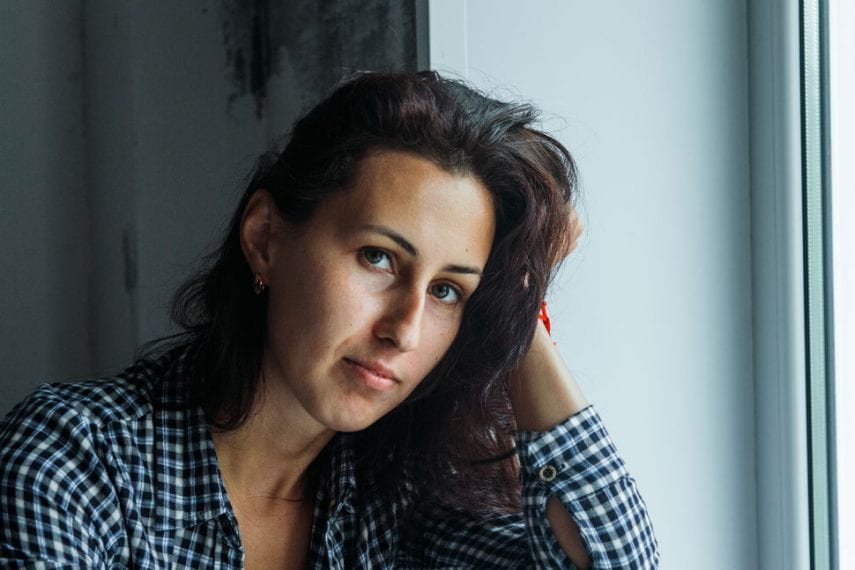 “How do I know if someone is using drugs?” is a distressing question to have to ask—but an important one to know the answer to, especially if you’ve begun to seriously suspect your loved one has developed a problem with substance abuse. By understanding general signs and symptoms of drug use, as well as specific signs and symptoms of particular types of drug use, you can help determine if your fears are founded and plan your next steps.

“I’d had a slightly unsettled feeling for the majority of the afternoon, though I couldn’t explain exactly why,” writes an anonymous contributor in an essay for XO Jane. There were plenty of things that could explain her uneasy feeling—there was the new job she was struggling with, the macaroni and cheese she had for lunch, and the fact that she was still in the midst of the morning sickness stage of her pregnancy. But when she arrived home to see her husband lying on the couch, her dissettlement suddenly stopped seeming so benign. “My stomach hurts and I feel a bit dizzy,” he said. His cheeks were flushed, his pupils shrunken to pinpoints. “I’ve been staring at my computer all day. I think I’m burnt out.” But something told her it was a lie.

At first, she tried to chalk her feelings up to paranoia. But when it happened again later in the week, she began trusting her suspicion and she soon found herself typing “what causes pinpoint pupils?” into Google. The answers: stroke, drug use, and head injury. Of those, drug use seemed the obvious culprit; her husband had been a drug user in the past, a past that was supposed to be far behind them.

Of course, he didn’t admit it right away. But eventually, he told her he was using opioids. More specifically, he was using heroin. At first, it was just to help him relax, but now it had become a regular thing and he’d lost control. “That night we stared for a long time into the dark together, and I cried myself to sleep on the couch,” she writes. “Heroin in our house was worse than any of the fears I’d conjured for myself over the years. The pain, the embarrassment, and the excruciating powerlessness crushed me with its weight.”

Suspecting someone you love of using drugs can be an extraordinarily painful and confusing experience, particularly if you have never used drugs yourself and are unaware of the signs and symptoms of drug use. You’ve probably asked yourself, “How do I know if someone is on drugs?” and perhaps you’ve come up empty because, of course, there is no surefire way to know if someone is on drugs short of catching them in the act. However, there are a host of clues you can watch out for to help determine if your loved one is using.

General Signs and Symptoms of Drug Use

Drug use and addiction impacts each person in unique ways, but there are a number of signs and symptoms that are common to many users. These include:

Drugs can cause significant changes in mood, including extreme joy, deep depression, anxiety, paranoia, anger, and irritability. Mood can fluctuate based on whether they are high or in withdrawal, but long-term drug use can also induce durable mood changes.

Drug use can cause a broad range of behavioral changes, including a general change in demeanor as well as specific behaviors. For example, users may start hanging out with a new group of friends, become secretive about their activities, closely guard their possessions (including their cell phone) to keep their drugs or drug-related communications hidden, or withdraw socially. Household tasks, such as cooking, shopping, and cleaning may fall by the wayside, as can basic organization. Users also commonly lose interest in hobbies they used to enjoy and may also be more likely to engage in risk-taking behaviors they would previously have avoided.

Problems at Work or School

Attendance and performance problems are common amongst drug users, as is a lack of interest in educational and professional pursuits.

Drug use can cause some people to neglect their appearance, both in terms of hygiene and grooming.

Changes in energy, appetite, weight, and sleep often occur when someone is using. More specific physical symptoms may occur depending on what type of drug someone is using, including tremors, impaired coordination, bloodshot eyes, and pupils that are larger or smaller than normal.

Maintaining a drug habit can be expensive. Users may be withdrawing large amounts of cash, ask to borrow money, or steal from friends and family in order to finance their use.

Some signs may be overt and undeniable. However, drug use does not always readily announce itself and signs are often subtle—a slight shift in mood or behavior, for example, that only someone very close to them would notice. Sometimes you may not even be able to identify exactly what it is that is different about your loved one and it may just be a general change that’s hard to describe. If you suspect that your loved one may be using, do not ignore these signs just because they are vague. Trust yourself.

Specific Signs and Symptoms of Drug Use

Different types of drugs impact users in different ways both during and after use due to their unique chemical makeups. These differences may help you identify what type of drug your loved one is using based on observing their physical, behavioral, and mood symptoms.

Many users use more than one substance at a time, such as mixing opioids with benzodiazepines or MDMA with LSD in order to create different effects. In these cases, the symptoms of each type of drug use are often augmented as the substances potentiate or interact with each other.

Taking the Next Steps

If you suspect your loved one is using drugs, don’t be afraid to speak up. Choose a calm time to bring up your concerns in a loving and thoughtful way, being careful to not be judgmental. Tell them that you love them and give examples of the signs and symptoms that have caused you to suspect they are using. Reiterate that you are talking to them out of concern for their wellbeing, not out of anger or to punish them. Make sure you do not confront them when they are high; their intoxication will prevent you from having a productive and authentic conversation.

There may be reasons to explain your loved one’s behavior that do not involve drug use. However, if your loved one admits to using drugs, it’s important to gauge their level of use and determine whether treatment is necessary. An addiction treatment program should be happy to answer any questions to you may have to help you decide on a course of action that is in the best interest of your loved one. If your loved one denies using but you still believe they are, a professional interventionist can help you open up a more honest and meaningful conversation with your loved one that will guide them into the care they need. As the National Institute on Drug Abuse notes, “Often people will listen to professionals rather than […] friends and family members, as the latter encounters can sometimes be driven by fear, accusations, and emotions.” A high-quality addiction treatment program can help you connect with an experienced interventionist who will support your family through this process.

Discovering your loved one’s drug use is a difficult experience and important to avoid blaming yourself: it is never your fault. If your loved one’s use has escalated to addiction, it’s also critical to remember that drug addiction is a treatable illness. Today, there are better resources than ever before to help people struggling with addiction create lasting sobriety and rich, fulfilling lives. With your support, your loved one can receive the help they need to heal.

Alta Mira offers comprehensive treatment for people struggling with drug and alcohol addiction as well as co-occurring mental health disorders and process addictions. Contact us to learn more about our renowned Bay Area programs and how we can help you or your loved one start the journey toward recovery.