Why Opioid Addiction in Seniors Remains a Hidden Epidemic 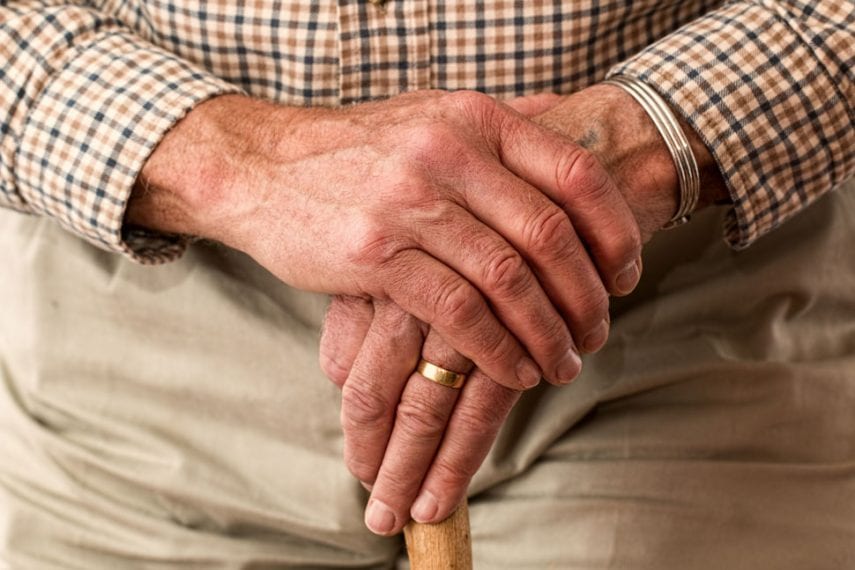 Opioid abuse amongst seniors has risen dramatically thanks to the introduction of new, more powerful drugs over the past two decades. Today, opioid addiction is ravaging all demographic groups but remains a largely hidden epidemic amongst seniors for a variety of reasons, including erroneous assumptions of risk, inadequate screenings, and ageism. If you are struggling with opioid addiction or suspect you may be addicted, there is help and there is hope regardless of your age.

Drug abuse is often imagined to be an ailment of the young. From the binge-drinking college student to the new analyst snorting Adderall, the coked-up Silicon Valley tech worker to club kids swallowing the latest designer drug, drugs are inextricably linked to youth. But in reality, drug abuse and drug addiction know no boundaries of age. While the specifics of consumption may vary, addiction slips easily into the lives of the young and old, wreaking havoc wherever it goes. What makes addiction amongst seniors particularly pernicious these days, however, is the drugs it so often involves and how the situation is developing.

Since the 1990s, the use of opioids has exploded across all demographic groups in the United States due to both the introduction of new drugs and the mandate to eliminate chronic pain. While opioid addiction is now reaching epidemic proportions and rousing national dialogue, seniors are both particularly vulnerable to and commonly overlooked in discussions about such addictions. Last year, nearly 12 million Medicare recipients were given a prescription for an opioid painkiller. That translates into approximate 25% of all Medicare users. While many of these prescriptions are written for legitimate medical concerns, particularly age-related pain-based ailments, the potential for addiction is extreme even—and perhaps especially—amongst those seeking genuine medical relief. “The problem is certainly ubiquitous, and often missed, to be honest,” says Dr. Joseph Garbely. “Caretakers oftentimes miss signs and symptoms of a substance use disorder. Doctors do too, and often aren’t asking the questions when seniors are there for their monthly checkups.”

The lack of questioning is driven in part by the difficult nature of balancing pain and addiction risk; pain can be profoundly destructive and opioids are designed to treat that pain. Negotiating judicious prescription practices with the desire to alleviate suffering is an ethically and practically fuzzy topic and one with which many physicians struggle. But often doctors simply aren’t looking for addiction. “Doctors don’t envision a 65-year-old with a pain killer addiction,” said Dr. Jeffrey Reynolds, CEO of the Family & Children’s Association on Long Island and a member of New York Governor Cuomo’s Heroin & Opioids Task Force. These physicians labor—and prescribe—under the belief that seniors are a low-risk population when it comes to addiction despite the fact that opioid disorder is six times more common amongst Medicare recipients than amongst patients covered by commercial health insurance plans.

In fact, the presumption that seniors are not drug abusers heightens risk, as both loved ones and healthcare workers overlook warning signs. As Robert McGarvey notes:

Seniors generally get a pass when they want more and more powerful drugs. If a 25-year-old suddenly wants more Oxycontin, every doctor’s warning systems go into high alert. When a Medicare card-carrying senior complains of hip pain—which he probably has—many physicians shrug and write the prescription.

Even when healthcare workers do conduct regular opioid dependence and addiction screenings, many of the typical questions simply don’t apply because they seek to evaluate the effect of opioid use on activities many seniors no longer participate in, such as work or driving. Meanwhile, loved ones may dismiss warning signs like mood changes, memory loss, confusion, and poor coordination as part of the natural aging process. This is mirrored by coroner’s offices across the country as they undercount drug-related deaths of seniors, assuming that age-related illnesses were the cause rather than opioid overdoses. In fact, even seniors themselves are susceptible to the same assumptions that affect professionals and loved ones; you presume you’re not the type to be an addict, you assume you’re low-risk, you assume your symptoms are just age catching up with you. And so addiction remains hidden and continues to flourish.

The Effects of Ageism

While missing the signs of drug addiction in seniors is a widespread problem, so too is another and perhaps even more troubling phenomenon that serves to keep the elderly from treatment: ageism. As noted by the Center for Substance Abuse Treatment:

In American culture, ageism reflects a personal revulsion about growing old, comprising in part fear of powerlessness, uselessness, and death. Older adults often internalize such stereotypes and thus are less likely to seek out mental health and substance abuse care. [Simultaneously], ageism is reflected in some providers’ belief that older adults’ quality of life will remain poor even if they are successfully treated for their substance abuse. Such lowered expectations may also be compounded by ‘therapeutic nihilism’: Older substance abusers may be deemed not worthy of the effort involved in treating or changing behavior because they are likely to die soon anyway.

In other words, both external and internalized ageism contribute to the false notion that substance abuse amongst seniors is not an urgent issue. The pervasive nature of ageism allows it to inform the beliefs and actions of the addict, her loved ones, and her caretakers, as they share collectively reduced expectations of and for the elderly. A life free from addiction is no longer believed to be a right or valuable pursuit.

Seeking help for addiction can be intimidating, and admitting you need help can be painful, especially when your addiction develops out of a genuine medical need and when it looks different than what you would expect. But once you admit that you can no longer control your opioid use, you can begin to forge a path toward recovery that will nourish your mind, body, and spirit. Because the truth is that every person has the right to live free from addiction, and we all carry the potential to heal ourselves.

To optimize your treatment experience, it is important to consider whether or not the facility is appropriate for your situation. At Alta Mira, our state-of-the-art addiction treatment programs are personalized for each client, ensuring that your individual needs are met throughout the recovery process. This includes in-depth psychological testing that addresses emotional and cognitive concerns, identification of any co-occurring psychiatric or physical conditions, and a curriculum of treatmentspecifically designed around your unique circumstances. Our team understands the issues commonly faced by seniors while always respecting and honoring your personal journey toward healing in the way that makes sense for you.

Because we recognize that many of our clients have health concerns beyond the scope of our own facilities, we work closely with outside care providers to ensure you have the right care for complete emotional and physical health. This can be particularly important if your opioid use stems from chronic pain issues; by collaborating with the rest of your care team, we can use our resources to support the implementation of safe, effective pain management strategies.

Seniors are no less deserving or capable of recovery, and the autumn of life should be no less glorious than the spring. Together, we can work to make the most of your senior years and help you achieve the relief from suffering you deserve.