Recovering From Addiction: The Hardest and Best Thing You’ll Ever Do 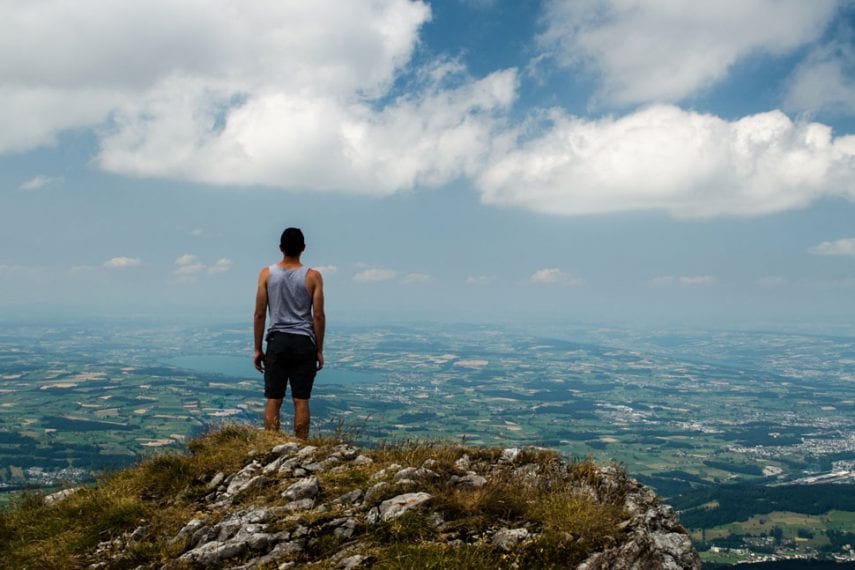 The addiction recovery process is likely one of the hardest things you’ll ever do, and there are no shortcuts. Recovery can be lonely and difficult emotionally, socially, and neurologically, even with the support and guidance of the most compassionate and understanding addiction treatment programs. Ultimately, however, recovery is worth it and allows you to create a richer, more fulfilling life.

Michael Burba’s addiction began like so many others. To the outside world, he looked like a bright teenager with a promising future ahead of him. Inside, however, he battled deep anxiety, poor self-esteem, and felt the strain of social pressures. Alcohol changed that. “When I took that first drink, all those fears disappeared,” he told The Kentucky Standard. “I could escape. I was able to come out of my shell and be somebody else for a while. I had found my medicine, which cured all of my issues.”

With alcohol, he was able to get through the emotional landmine of the teenage years. But what began as a few drinks to ease him through parties quickly escalated to full-blown alcohol addiction, and he soon found that he couldn’t stop drinking on his own. “Every time I would try to quit, I would have a tremendous amount of physical pain as if I was dying.” And so he kept drinking, even as he lost friends, even as he saw the pain it caused his family, and even after he was charged with a DUI.

A lot of people assume that we are weak, or have no willpower, and that we should just stop. But what they do not know is that I was battling a complicated and devastating addiction. I was suffering mentally, emotionally, physically, and spiritually. I was in for the fight of my life, and my addiction was winning. There are no words that can express the sadness, despair, bewilderment, and loneliness on those last days of my addiction. I couldn’t see a way out, and it was sure to kill me soon.

But just as he was reaching what he believed to be the end of the line, his family finally convinced him to seek professional help, and in rehab he found salvation. There he was able to examine the underlying issues that led to his alcoholism and begin to experience life without drinking. Recovery, however, wasn’t easy, even with the guidance and support of professional addiction treatment. “The recovery process was the hardest thing I ever had to do,” he says, echoing the sentiments of so many before him.

There Are No Shortcuts to Recovery

In recent years there has been a shift within the recovery community. Once guided by principles of tough love and even punitive treatment efforts, a more balanced, effective, and evidence-driven treatment model has emerged that forms the basis of some of the most sophisticated addiction treatment programs currently available. By moving away from seeing addiction as a deficit of character or challenge of morality, modern addiction treatment is based on a scientific understanding of addiction as a medical disorder. In doing so, these programs are able to offer more effective interventions that get to the heart of addiction through integrative psychosocial therapies and pharmacological treatments designed to address both underlying causes and acute symptoms of addiction.

But while the kind and quality of treatment have improved, there are no shortcuts to recovery. The truth is that recovering from addiction is hard. New therapies and treatment approaches may prevent unnecessary suffering, but the fact remains that successful recovery still requires commitment to hard work, dedication to creating real change, and the willingness to acknowledge difficult—and often painful—realities.

Megan Peters, a writer and photographer, knows this all too well. “I was a successful career woman, a mother to two incredible young children, a wife, a sister, a daughter, a friend. But all of that was slipping away,” she writes. “I started using alcohol to relax or to celebrate, but now there was no reason needed. All I wanted was to not feel. I kept myself together during the day, but once night fell I didn’t know how to find an off-switch to my scrambled and totally overworked brain. Alcohol was the off-switch.”

Even as she saw the damage alcohol addiction was doing to her life, she felt powerless to stop it. Her brain had molded itself around alcohol, and her drinking had become such an essential part of her emotional makeup that she was unable to imagine life without it. Worse still, the shame she felt over her addiction drove her even deeper into it, acting as a barrier to recovery rather than impetus toward sobriety.

I felt so alone, like this huge problem was sitting on my shoulders and I had to carry it all by myself. I was ashamed and afraid. How did I let it get so bad? What if people found out? What would the other moms say? Or my boss? Or my family? I knew I couldn’t go on like I had been, but I didn’t know how to stop. I had no coping skills without wine. Wine was how I celebrated, how I cried, how I relaxed.

By the time Megan sought help, her drinking was so deeply entrenched in her life that sobriety was a shock to her system. “The day I stopped drinking, I never felt more alone,” she says. “It isn’t easy rewiring your brain and learning a new way to deal with life. It was the hardest thing I’ve ever done.”

Why is Recovery So Hard?

So what exactly makes recovery so hard? Addiction doesn’t develop overnight. While you may have felt a deep desire to use again after your initial exposure to a substance, addiction itself takes time; it is only through the repeated exposure to a drug over time that your brain modulates itself to accommodate its chemically altered state. Eventually, drug use becomes the path of least resistance. In a very real way, your brain becomes wired for self-harm, craving that which is destroying you.

The good news is that retraining your brain is possible; the brain is a remarkably flexible organ that, when engaged in appropriate ways, can be reoriented toward healing. But that process takes time and discipline. Disrupting the neural pathways that are formed by (and facilitate) maladaptive behaviors is not instantaneous; rather, it relies on sustained, repetitive change. You must continuously choose against your addiction, even when your first instinct is to use. You must forego short-term relief for long-term gains—and that requires determination, strength, and commitment.

At the same time, you have to face the things your addiction has allowed you to keep hidden. Whether it’s the pain you have caused others, the shame you feel about yourself, or the anger you carry about your past, true recovery requires that you confront the distress, sorrow, loneliness, and disappointment that has caused and been caused by your addiction. No longer can you push away uncomfortable feelings or hide in denial. And that can be scary. Recovery can make you intensely vulnerable and raw to the world around you as you are stripped of your primary coping mechanism and now have to rapidly develop the skills you need to deal with your emotions. But, ultimately, confronting reality is the only way to create true and lasting sobriety.

“The Road Gets More Beautiful”

Most people living with addiction know recovery is hard, and it’s exactly that that keeps them from it. It is important to acknowledge the struggles of those in recovery and create realistic expectations for those considering treatment. The key, however, is to do it anyway. Recovery is hard, but you do it anyway.

Humans are built for resilience. We are incredibly industrious, imaginative, and innovative creatures who can withstand much more than we generally believe we are capable of. We can do hard things. We can create real change. We can break free from addiction and we can flourish. And with the support and guidance of modern addiction treatment programs, you do not have to do it alone; these programs will push you, test you, and make you confront your issues—because that is what recovery requires. This is how you rewire yourself, come to know yourself, and learn to love yourself enough to stay sober. The work will be hard and there will be no shortcuts. But this is how you heal and this is how you create a way out of addiction.

“[Recovery is] the most beautiful thing I’ve ever gotten to do,” say Michael. “I am finally happy, joyous, and free from the bondage of addiction. I have a life that is indescribably wonderful, a positive attitude, and living life one day at a time.” Megan agrees:

On my very worst day in recovery, I still feel a million times better than I ever did when I was drinking. I thought that when I put down the wine glass, my life would be over. I’d be boring and everyone would think I was crazy. But when I threw away that last bottle, that’s when my life really began. Now I can be the mother and woman I always wanted to be. I may not be perfect, or anywhere close, but I’m doing my best. Some days are still hard, but I know that every time I choose to deal with my life head-on instead of numbing out with a bottle of red, the road gets more beautiful. It may not be easy, but it’s always worth it.

Alta Mira offers a comprehensive suite of treatment programs for people struggling with drug and alcohol addiction as well as co-occurring mental health disorders and process addictions. Contact us for more information about our innovative programs and how we can help you or your loved one create freedom from addiction.