Up in Smoke: When Cannabis Use Becomes a Problem 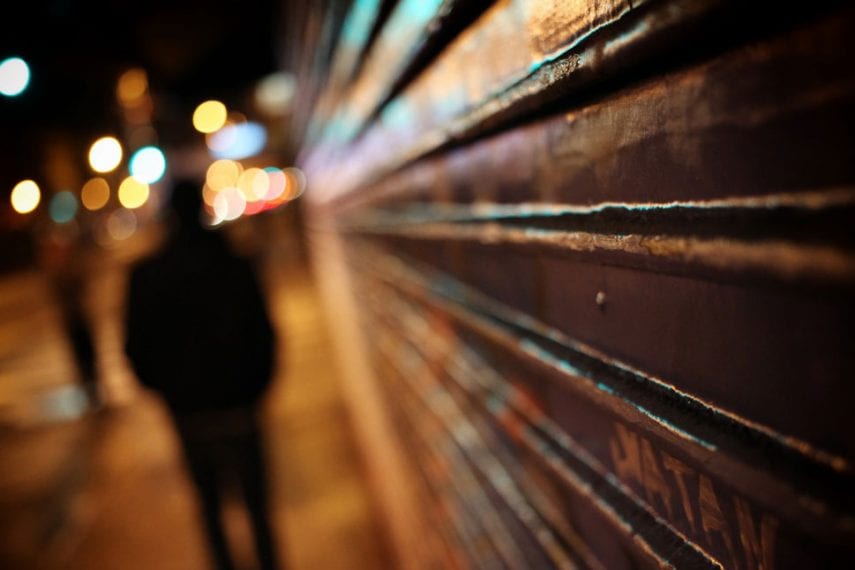 There’s nothing wrong with smoking a joint every now and then. You’ve been doing it your whole life. Well, since the age of 18 – just like 2.4 million other Americans who tried cannabis for the first time – when you had your first joint while at a college party. Like a lot of kids, you experimented in pushing boundaries and seeing what you could do, and it quickly became an everyday occurrence. At lunch you would meet your friends at a local park to smoke up; after your last class of the day you would have another joint; and every Friday and Saturday night you would get as high as possible, depending on how much money you had to spend – not surprising when you consider that frequent cannabis use in U.S. adolescents are among the highest rates in the world. It’s only pot, though.

After college, you smoked with friends, but as they got married and moved further apart, that smoking with other people became more sporadic. Still, it is part of your life. And it’s fine, because of course it’s only pot. Now it’s your cup of coffee. You don’t feel you can function in the morning without an early morning joint. There’s usually another one when you get home, in addition to a lunchtime smoke. Your weekends mirror you evenings. Some of your friends think you have a problem because you’ve become less social and they think you’re smoking way too much, but it’s not like you’re shooting heroin. It’s only marijuana. Right?

When It Becomes Too Much

It’s true that marijuana isn’t heroin, or like any other hard drug. The backlash against marijuana hysteria has grown over the years, and has overwhelmed the tidal flood of misinformation about it. The problem, then, is that any voices against marijuana use, to any extent, are lumped in with a shrill opposition. The truth is that cannabis, like anything else, can become part of a lifestyle, and can begin to dominate your life–can be a crutch, can be an excuse, and can be a dependency.

Let’s look at an example. A friend of mine, we’ll call him “Ian,” is a musician. He’s found success as a session man, a songwriter for hire, moderate luck with his own bands, and so forth. On the margins, but happy. He started his own little venue, with a partner, who we’ll call “Hershel.” At night, while closing up, Ian and Hershel would smoke up with some of the other musicians. Ian always said it was fine, just like an after-hours cocktail, and he was fine with it. Hershel, though, began to think about that joint all during the day. So he started smoking in the afternoon and evening, to bridge the gap until after-hours. Then he started in the morning. Pretty soon he was distracted and high all day, and Ian eventually had to cut him loose as a partner, and as a friend.

There wasn’t a single one of those joints that anyone could point to and say “that’s the dangerous one.” Ian would joke with him when he’d come in–“a little wake n’ bake this morning?” The evening one was to calm nerves before the show. It was like hundreds of tiny pinpricks. Not a single one hurts bad enough to notice, but if there are enough of them, you become more hole than whole.

Cannabis use can be a serious problem. Cannabis Use Disorder, or CUD, is a pattern of cannabis use that causes clinically significant impairment or distress. Here are 11 simple questions from the Diagnostic and Statistical Manual of Mental Disorders, to determine the severity of cannabis use. If you answer ‘yes’ to at least two of the questions below that refer to your use over the past 12 months, you might have a problem.

Cannabis use can also lead to intoxication delirium, where you have troubles focusing your attention and remembering things, and to other potentially serious mental health issues like cannabis-induced psychotic disorder – symptoms include delusions and hallucinations – and cannabis-induced anxiety disorder, where you experience panic attacks or anxiety. Therefore, and contrary to popular belief, cannabis is far from a harmless drug, and it can take a long time to recover from it, if it does become a problem and you don’t receive the appropriate treatment.

A good way to think about this, cut away from propaganda on either side, is to think of the difference between having a drink after a tough day at work and needing a drink after work, every day. A lot of people fall into the latter category, and as a society, we recognize their addiction problems and work to help them. The same can happen for people suffering from CUD.

According to a recent study out of Oregon, CUDs affect approximately one in five people before the age of 30, with 19 percent of the 816 participants in the study experiencing CUDs over their lifetime. The study also found that 30 percent of participants with a CUD suffered with their problem for seven years or longer. That downward spiral is not irreversible, though. Change is possible, if you want it. Emphasizing the importance of receiving professional help for your CUD is some additional data from the study: if a participant was able to reduce their use or stay clean for six years, CUD recurrence was dramatically reduced. Therefore, if you believe you might have a CUD, it’s important to seek professional help sooner rather than later, so you can start on your path to recovery as soon as possible.

It’s hard to recognize symptoms in ourselves, especially for something we feel is generally harmless. It’s really easy to make excuses for any one instance of marijuana use, but then, we’re not just talking about one use. Marijuana can take over your life, and like any other drug, have a seriously deleterious effect on your present–and your future.

You can get help, though, and can turn your life around. A residential clinic staffed with compassionate, licensed professionals can treat your CUD, giving you back your time, money, and your own two feet. At Alta Mira, our staff understands that drug addiction and dependency are serious issues, and, most importantly, that everyone’s journey down and back up again is different. We treat you as an individual with unique needs who requires a unique solution.

Our upscale marijuana rehab facilities are ideal for someone who is trying to get their life back in order, and needs a removal from the current environment that contributes to their addiction. We are here for you to lean on. If marijuana becomes a crutch, we can help you walk again.