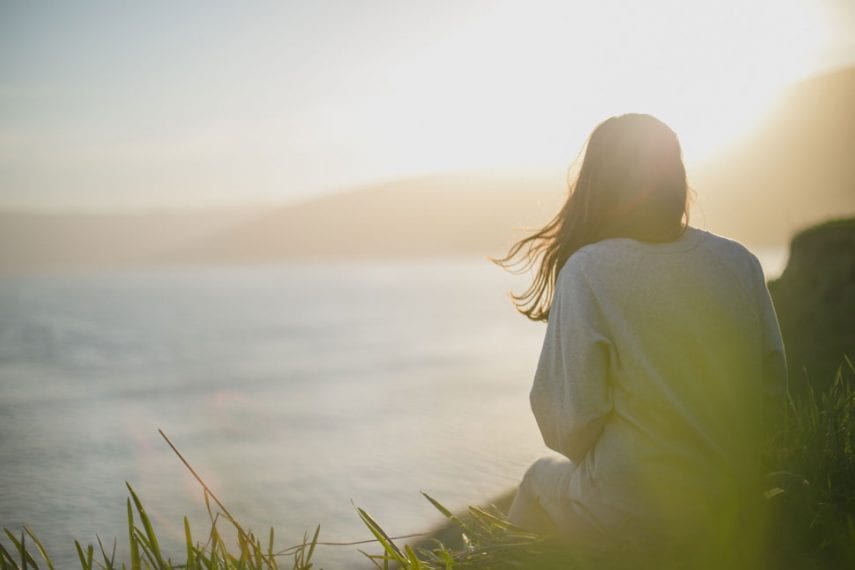 The recent wave of states legalizing medical marijuana and the epidemic of opioid addiction has created a landscape that seems to favor marijuana as a substitute for prescription painkillers. But there are many health risks of marijuana use, many of which have been pushed to the back burner in favor of focusing on its potential as an alternative painkiller. If you began using marijuana to heal your pain but find that you’ve fallen into addiction, understand that by looking past medication, you can break free from your pain in holistic ways that are viable, long-term solutions.

Chronic pain is more than just a physical experience—it can affect how we act towards others, alter our emotions, and essentially change the relationship between our mind and body into one that is less conducive to positive health. It’s no surprise then that opioid painkillers are on the rise as we struggle to avoid the repercussions of pain on our mental and physical state. Unfortunately, in many cases their addictive potential can have the opposite of their desired effects, pushing us into addiction and disrupting our life and relationships in the same ways that we were trying to avoid.

But with the use of medical marijuana for pain becoming legal in many states, many researchers are looking to it as a potential substitute, or at least supplemental treatment, for people dealing with chronic pain. A recent study found that in states that legalized medical marijuana, “a significantly lower annual opioid overdose mortality rate” was observed “after the laws were implemented.”

Marcus A. Bachhuber, one of the lead authors of the study, suggests that “people already taking opioids for pain may supplement with medical marijuana and be able to lower their painkiller dose, thus lowering their risk of overdose.”

Yet the reality is not quite that simple. Opioid overdoses are a serious risk, but simply substituting or supplementing with marijuana to lessen their use isn’t as easy as it sounds, as this process can create a host of new problems in place of the old ones. Obviously, less opiate use is going to mean fewer risks associated with their use, but what of the risks of increased marijuana use? With so much focus on the dangers of opioids and finding alternative drugs to take their place as go-to painkillers, we risk glossing over the potential health risks of medical marijuana, which as of now has limited evidence supporting its pain-relieving properties.

Health Risks of Marijuana Use for Pain

Many researchers are hopeful that future studies will support its potential as a painkiller. One study found that tetrahydrocannabinol (THC), marijuana’s active ingredient, isn’t actually a painkiller, but a chemical that distracts people from pain, making it more bearable. Michael Lee, lead author of the study, explains how the dissociative effects of marijuana can affect pain perception.

Brain imaging shows little reduction in the brain regions that code for the sensation of pain, which is what we tend to see with drugs like opiates. Instead, cannabis appears to mainly affect the emotional reaction to pain in a highly variable way.

In people experience a distraction from pain, the researchers noted that they had stronger connectivity between their right amygdala, the emotional center of the brain, and their primary sensorimotor area, which has been implicated in pain perception.

But history has shown that the amygdala and the emotional reactions that it exerts power over also play a role in addiction and the positive and negative emotional states that come with substance abuse. Given the variability in the effects of marijuana on pain perception, both in this study and the field of research as a whole, we need to consider the potential for addiction and its consequences.

Many cultural perceptions paint marijuana as a substance that is defined by recreation with little risk of addiction. Although the dependence it is associated with is psychological in nature, rather than physical, its more frequent use compared to other drugs has led to higher rates of addiction. And, like other addictions, regular marijuana use can lead to withdrawal symptoms when trying to quit. The severity of these symptoms is “greater in those with psychiatric symptomatology and more frequent marijuana use,” with the most common symptoms of marijuana withdrawal being:

Less common symptoms are more severe, including hallucinations, tremors, and seizures. One of the most severe effects that can stem from daily marijuana use is the potential for developing psychosis in certain individuals. Research has shown that daily users possessing a specific gene variation are seven times more likely to develop psychosis than those with the same variation that either infrequently use marijuana or abstain from it altogether. Other research suggests that exposure to heavy cannabis use early on in life may be linked to schizophrenia later in life. In fact, cannabinoids themselves have been associated with psychotic episodes that not only last beyond the period of intoxication, they require clinical intervention.

I smoked cannabis for approximately 25 years and towards the end I felt like I was hanging onto sanity by my fingernails. Some of the worst symptoms included voices in the night, a constant dread of death, suicidal thoughts and intense mood swings. I never thought I would kick the habit.

The focus on the benefits of marijuana for pain has shifted our awareness away from the downsides, some of which (like psychosis) can be quite severe and only surface after long periods of use, as Dominic’s story illustrates.

There are, however, safe alternatives to both opioids and marijuana—holistic methods for controlling your pain that don’t require the use of medications, all of which can be taken advantage of in a residential treatment setting. Some of these treatment modalities include:

When you’re struggling with marijuana addiction, the depression and lack of motivation that can so often accompany it can make it difficult to engage in these forms of treatment. The cycle of self-medication within marijuana addiction is keeping you from the very things that you need to heal. With so much focus on legalization and the upsides of marijuana use, you might not even realize that it may be creating more problems in your life, rather than solving the ones you were using it to cope with in the first place.

If you’ve been prescribed or are self-medicating with marijuana for pain and are stuck within a pattern of addiction, you need professional help like any other substance addiction—help that can be found in comprehensive residential treatment. Despite the recent focus on the potential of marijuana as a substitute for opioid pain medications, marijuana addiction can take hold of your life like any other drug and as such should be treated just as seriously. With the help of a treatment plan that addresses your pain while simultaneously managing your addiction, you can better understand how marijuana has negatively impacted your life and use this understanding to overcome your pain without ending up back in a cycle of substance abuse.

Alta Mira offers comprehensive addiction rehabilitation for people struggling with marijuana addiction in the face of chronic pain. Contact us today to learn how you can overcome your pain in a holistic manner that opens up the doors to personal growth and happiness.