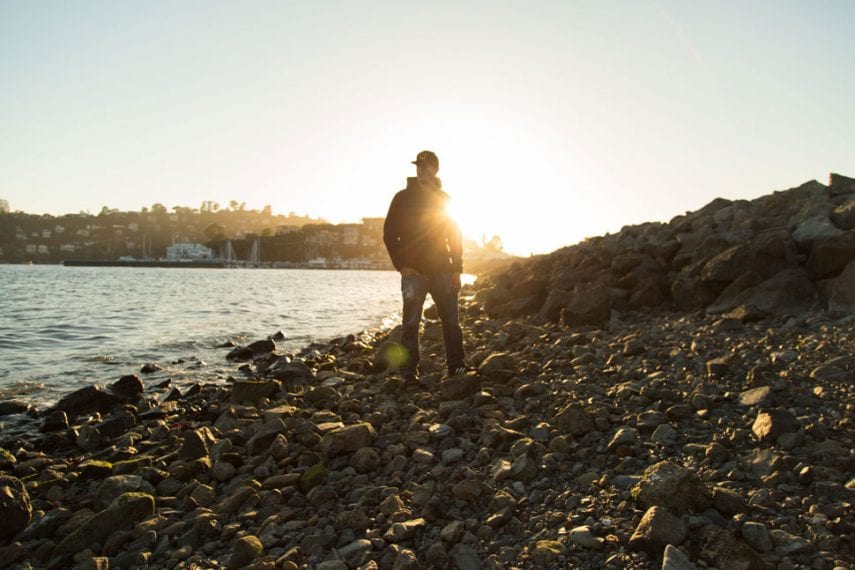 When Aaron Hernandez was found guilty of murdering Odin Lloyd in the spring of 2015, the sports world was stunned. In the hours following the verdict, Twitter was flooded with messages of astonishment, bewilderment, and shock that Hernandez, once a superstar NFL player with a $40 million contract, was now a convicted killer. The undercurrent of the posts was not outrage, condemnation, anger, or relief, but profound confusion over what would make a man with one of the most promising careers in football shoot his friend dead an industrial park, leaving his bullet-ridden body to be found by a jogger. David Nelson, wide receiver for Steelers and former college teammate of Hernandez’s at the University of Florida, spoke for many when he wrote:

For others, however, the answers to those questions were revealed as early as 2013, when Rolling Stone published an extensive and explosive article detailing Hernandez’s escalating drug use. Although his forays into illicit substances had been the stuff of minor scandal prior to signing with the Patriots, the Rolling Stonepiece revealed that in the year leading up to the murder Hernandez had become a regular user of phencyclidine (PCP). A powerful and addictive dissociative drug, PCP – also known as angel dust – is notorious for inducing paranoia, aggression, anxiety, and psychotic delusions. Soon, Hernandez became convinced that his friends were trying to kill him, installed an elaborate 14-camera security system in his home, and began carrying a gun at all times. Although it is not known whether or not his fears had any basis in reality, those close to Hernandez believe that PCP addiction played a central role in his increasingly frenzied behavior. Some maintain that the PCP use overshadows even the still-unclear details of the murder itself, and regard it as the true driving force behind the brutal killing; as one friend says, “Don’t matter what it’s about: Aaron’s out of his mind. He’s been twisted on dust now for more than a year, which is when all this crazy [stuff] started.”

The Rolling Stone article on Aaron Hernandez marked the first time many had thought about PCP for years. Originally released as a surgical analgesic and anesthetic in 1963, the drug was pulled from the clinical market only two years later due to “adverse collateral symptoms,” including delusions, dissociation, and agitation. As an illicit drug, however, it flourished, quickly gaining tremendous popularity with both hardcore drug users and middle-class high school kids alike, due to its ability to produce euphoria. By 1979, “7% of high school seniors reported having taken it in the past year.” However, the euphoric effects of PCP are found only in low doses; in higher doses, the drug can produce a host of unpleasant and dangerous effects that include catatonia, seizures, “schizophrenia-like states,” extreme, irrational violent behavior, including unusually gory murders and acts of self-mutilation, and death. The anesthetic qualities of the drug allow users to endure great physical trauma without feeling pain, sometimes resulting in serious injuries sustained during use going undiscovered for days at a time, and contributing to its reputation for enabling extraordinary physical feats. Through the 70s, “angel dust was the stuff of legend among police officers for the almost superhuman strength and aggressiveness of people they encountered under its influence.” By the late 1980s, however, the drug had largely fallen out of favor as other drugs, including crack cocaine and crystal meth, overtook the illicit drug market.

The Revival of PCP and the Rise of Wet

Today, many people erroneously believe that PCP is a relic of the past. But in some areas, PCP use has remained relatively common, accounting for approximately 10% of positive drug tests upon arrest in cities like Philadelphia, Washington DC, and Baltimore. In cities where PCP use dropped to negligible levels in the 1990s, law enforcement officials and addiction treatment professionals now say that the drug is re-emerging. According to the Drug Abuse Warning Network (DAWN), PCP-related ER visits rose from 14,825 to 75,538 between 2005 and 2011, an increase of over 400%. Meanwhile, the National Survey on Drug Use and Health found that “the number of past-year initiates of PCP aged 12 or older was 90,000, up from the 2011 estimate of 48,000.” Most of these new users are young, looking for an affordable high the goes beyond pot, and purchase the drug in a form called “wet,” a liquid tincture used to soak tobacco, marijuana, mint, or tea leaves and smoked. As Nelly, a former PCP user, told The Daily Beast, “I got tired of weed and for a minute wet was cool, it was something new, it was a good way to escape. Smoking wet is another level.” Wet, like other forms of PCP, can produce everything from mild euphoria to hallucinations to frightening delusions, and as users seek greater highs by increasing doses and combining PCP with other drugs, the potential for disaster looms ever closer.

For Nelly, PCP addiction never resulted in violence. However, its violent potential and destructive nature quickly became apparent as he experienced extreme hallucinations and other psychological disturbances that endured even when he wasn’t taking the drug. “I heard voices, they would tell me to do things I didn’t want to do, commit crimes, hurt people, stuff like that.” The psychotic effects remained long after he stopped taking PCP altogether, and part of his recovery includes pharmacological treatment to give him the emotional stability needed to lead a productive and fulfilling life. Having experienced the damage of PCP, he is committed to maintaining his hard-won sobriety. “If I go back out there and start smoking wet again, I’m a dead man.”

If you or your loved one is struggling with PCP addiction, now is the time to get help. While residential addiction treatment is generally recommended for most types of drug abuse, residential care offers particular benefits for PCP addiction, due to the overwhelming psychiatric effects of the drug. At Alta Mira, we offer the highest quality medically supervised detox services to begin the healing process by cleansing your body and mind of harmful substances. For PCP users, withdrawal can be an emotionally and physically distressing experience in which depression, anxiety, hallucinations, memory impairment, sweating, and tremors are common. Our dedicated detox specialists provide 24-hour monitoring and can administer any medications necessary to ensure that you remain safe and comfortable through the detoxification process, minimizing psychological and somatic trauma. Once you are ready, you will participate in our comprehensive psychological testing to allow both you and our clinical team to gain a complete picture of your treatment needs. This can be particularly challenging in the case of PCP addiction and requires assessment by highly trained experts, who can differentiate between the effects of your drug use and any co-occurring mental health disorders to ensure that you receive the right treatment for your needs.

With a full understanding of your unique needs, we design a personalized treatment plan that seeks to engage you in a holistic, effective, and nurturing healing process to create a strong and stable base for sustainable recovery and personal growth. Our renowned clinical program combines a range of innovative, evidence-based addiction treatment modalities that allow you to identify obstacles to your sobriety and develop the skills to remove them. Within a close-knit therapeutic community, you can reconnect with your authentic self and rediscover your hopes and dreams to create a vibrant future for yourself beyond addiction. If required, we can also create thoughtfully designed, well-tolerated medication protocols to address psychiatric symptoms that interfere with your quality of life, allowing you to more fully engage in the therapeutic process and enjoy enhanced emotional stability. Because the psychological effects of PCP addiction are often long-lasting, we provide extensive aftercare planning and work with your outpatient healthcare professionals to ensure continuity of care and facilitate ongoing healing. Together, we can build a foundation for lasting sobriety and expanded well-being.

Alta Mira offers comprehensive residential treatment for people suffering from PCP addiction as well as co-occurring mental health disorders and process disorders. Contact us to learn more about our world-class addiction treatment program and how we can help you or your loved one start the journey toward recovery.