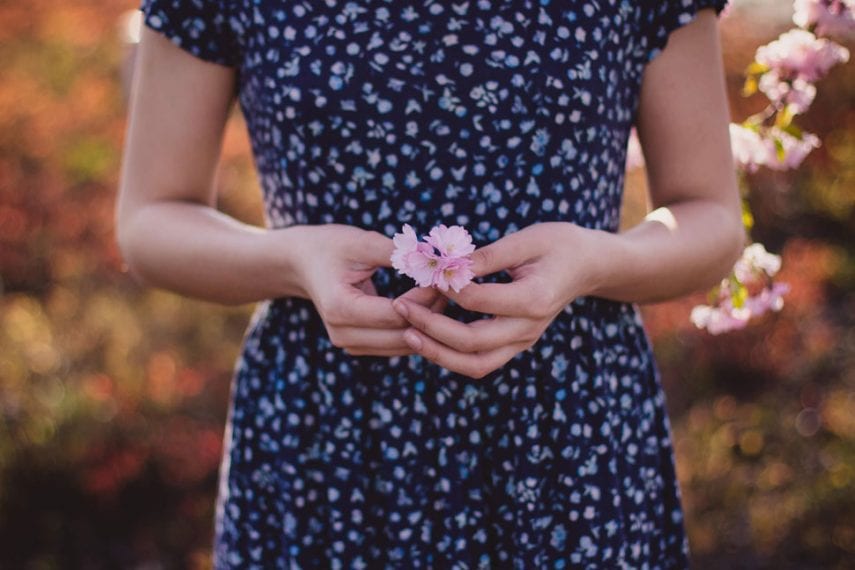 Heroin is one of the most difficult substances to discontinue, and fear of withdrawal often acts as a barrier to recovery. But while finding the best ways to reduce heroin withdrawal symptoms is essential to healing, you must go beyond detox to find lasting recovery and realize your true potential.

Sarah wasn’t the kind of woman one would expect to become a heroin addict. From the outside, it appeared that her professional success, her good marriage, and her financial stability would shield her from the fate she would eventually share with so many others. But then came the skiing accident, and in the aftermath came the opioids—the prescription kind that eventually turned into shooting 4 to 5 grams of heroin a day. “I knew I would probably die; I nearly did a few times,” she writes. “At that point, I didn’t much care; I had become the thing I had disdained for most of my life: a drug addict. I’d lost myself and couldn’t see any way out.”

But then something happened. Somewhere in the depths of the internet, Sarah read about Suboxone, a drug heralded as one of the best ways to reduce heroin withdrawal symptoms, that great hurdle that so often stands between addiction and getting clean. Immediately, she made an appointment with a doctor who offered the still relatively unknown drug at the time, a sliver of hope growing in her heart.

By the time her appointment came she and her boyfriend were deep in withdrawal. “We could barely make it into the building. Our legs kept spasming, our backs twisting. We were drooling profusely and shaking violently. We were haggard and green.” In the exam room, they “both ended up writhing on the floor.” In the safety of the doctor’s office, they were both given a series of little orange pills. When nothing happened they wondered if the whole thing was a scam. But then, suddenly, it stopped.

My body was still and calm. The feeling of bugs crawling in and out of my skin vanished. My stomach settled and my head stopped whirling. The worst thing—the indescribable feeling of whole-body horror—was simply gone. I noticed for the first time that it was a sunny day. The sunlight felt amazing on my face. Tears came to my eyes, but I laughed.

Walking out of the doctor’s office, Sarah and her boyfriend felt not high, but elated in a new, unfamiliar, and deeply comforting way. Now clean for years, she credits Suboxone as being a critical first step towards comprehensive treatment and lasting recovery that ultimately saved their lives.

Fear of Withdrawal as a Barrier to Recovery

Perhaps no other drug is as noteworthy for its withdrawal symptoms as heroin. Even those who have never touched it have heard the stories of sweat-drenched addicts begging for the pain to stop or watched the hallucinated baby crawling across the ceiling in Trainspotting. And for those who use, withdrawal is likely something you don’t need described to you. You know it intimately already, even if just in the breaks between doses. Although you can’t die from withdrawal symptoms, it often feels like you will, and even long after you lose the ability to get high, you keep using because using seems a better alternative than the physical and psychological agony of detox.

That is the cruelty of heroin withdrawal; in the moments when you are most open to change and determined to get clean, the full weight of withdrawal hits you and makes you go back to that which you want to escape. And while the physical pain is overwhelming, the emotional impact is often even more so. You begin to lose hope, unable to see a future without heroin. This is why a critical piece of the recovery puzzle is managing withdrawal effectively; being able to control and reduce withdrawal symptoms can help restore hope and make the early stages of recovery more bearable.

In the past it was believed that the agony of heroin withdrawal was an integral part of treatment itself; the full, unfettered pain of detox would motivate you to stay clean to avoid having to go through it again. In reality, however, that isn’t what happened. Instead, people dropped out of treatment programs and returned to using as they were hit with the weight of pain, nausea, and unbearable cravings. Today, addiction specialists recognize that unassisted withdrawal is a bug, not a feature, and medically supervised withdrawal is an essential part of the treatment process.

In medically assisted detox programs, you are provided with the best ways to reduce heroin withdrawal symptoms. The central features of such programs are pharmacotherapies like Suboxonethat “work through the same opioid receptors as the addictive drug, but are safer and less likely to produce the harmful behaviors that characterize addiction.” As Melissa Iverson, a social worker and recovering opioid addict, says, “As an addict, I was high all the time. With Suboxone, I developed tolerance within a week. There’s zero euphoria.” By minimizing or eliminating withdrawal symptoms and reducing cravings, you are able to move forward with the work of recovery.

Unfortunately, there is a cap to how many Suboxone prescriptions each physician is permitted to dispense, and demand often outstrips supply. Some physicians remain averse to prescribing them at all, believing the dangerous myth that you are replacing one drug with another or that the rock bottom of withdrawal will act as a motivator. Many physicians also encourage premature discontinuation of detox medications, augmenting the risk of relapse. As such, finding treatment for heroin withdrawal symptoms in an outpatient setting can be difficult. Residential addiction treatment programs with dedicated medically supervised detox programs staffed by detox specialists with the training and resources to offer comprehensive care are often the best environments in which to begin the detox process.

Going Beyond Detox for Lasting Recovery

True, lasting recovery doesn’t happen simply by detoxing; it happens by understanding what drives your addiction and developing the emotional and behavioral skills necessary to build a sober life. This means engaging in an addiction treatment process that invites you to deeply investigate the roots of your addiction, identify the barriers standing in the way of recovery, and create a framework for how to live in a world without heroin. Detox medications can help you start that process unencumbered by the pain of withdrawal, giving you the relief you need to participate in recovery, but it does not replace the full process.

By connecting with a residential addiction treatment program that combines the best pharmacotherapy approaches with psychotherapy, holistic therapies, and 12-step wisdom, you can participate in a broad spectrum of healing modalities that deepen your understanding of yourself and your relationship with heroin. With the support and guidance of compassionate clinicians and peers, you are able to imagine a future for yourself beyond addiction and gain the practical skills necessary to realize it. Your family can also participate in this recovery process through specialized family programming that helps you reconnect with those you love, break through damaging patterns, and form more meaningful bonds that will buoy you through your recovery.

With the right care in the right environment, you can get clean and find refuge from the withdrawal symptoms that compromise your ability to engage in treatment. More importantly, you can begin to uncover your authentic self and realize your full potential as you explore the infinite possibilities of life without drugs. That is when you find true freedom from addiction.

Alta Mira offers comprehensive treatment for people struggling with drug and alcohol addiction as well as co-occurring mental health disorders and process addictions. Contact us for more information about our renowned Bay Area programs and how we can help you or your loved one begin the journey toward recovery.