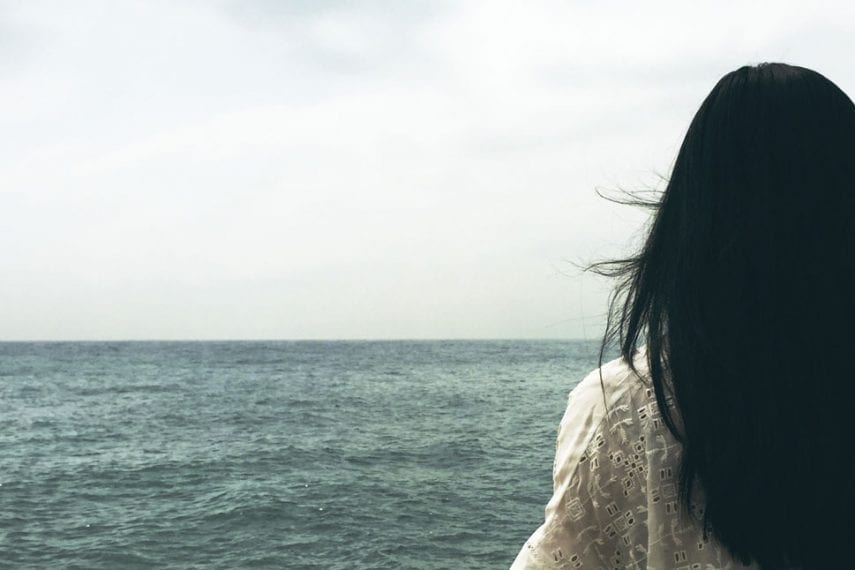 My classmate Amanda died of a heroin overdose when she was 20 years old. I hadn’t seen her in over 3 years, and it would take even longer for the news to reach me; I had left town immediately after high school, never to return. Five years ago, however, her mom found me on Facebook. She wanted to connect, reach out to everyone who had ever known her daughter, and keep her memory alive with those of us who carried a piece of her with us, wherever we happened to be in the world.

Amanda and I were never close. We never went to each other’s houses or took trips to the mall together or had sleepovers. Mostly we passed each other in the hallways between classes without even thinking to say hello. But senior year, something happened that remains one of my strongest and most powerful memories of high school. Two years earlier I had been raped, and for my senior thesis project, I had created a body of artwork about the experience that was now hanging in the school’s gallery. Amanda saw it and immediately came to find me to share her own experience of childhood sexual abuse. Despite the fact that we had never had a personal conversation in all our years as classmates, in that moment, we connected as two young women trying desperately to survive in the aftermath of sexual violence. It was honest and it was painful and it was deeply comforting, and as we cried together, I remember thinking how courageous she was. Our talk may have only lasted twenty minutes, but it changed something in me, drew me out of my darkness, at least for a moment. It made me feel a kinship.

After we graduated, we never saw each other again, and it was only much later that I found out how different our paths had been. My way of coping with sexual assault was a combination of the should and should nots; I went to an extreme amount of therapy and became involved in public awareness campaigns about sexual violence, while simultaneously acting out in many of the most predictable and stereotypical ways. Amanda, however, took a different path. While I found my escape on the therapist’s couch and unstable relationships with unsuitable men, she found hers in the heroin that would take her life before she was old enough to buy a beer.

Childhood Sexual Abuse as a Predictor of Addiction

Childhood sexual abuse can be devastating, leaving imprints on your psyche long after the events have passed, and often contributing to a host of emotional and behavioral challenges that can continue throughout life if not treated. To seek relief from the pain of their experiences, many turn to drugs for escape from overwhelming feelings of shame, self-blame, sleep disturbances, and mood symptoms that hinder healthy function. Over time, addiction takes hold, creating a new source of suffering.

A NIDA-supported study on twins conducted at the Medical College of Virginia Commonwealth University found that women who experienced any type of sexual violence in childhood were three times more likely to report drug addiction as adults. Researchers interviewed 1,411 women born between 1934 and 1974 to determine whether abuse had occurred and, if so, what the nature of the abuse was. Additionally, “researchers conducted written interviews with 90% of the twins’ parents to assess family environment and parental psychopathology,” providing insight into parenting behavior, socioeconomic status, and general family dynamics. These interviews allowed the researchers to control for family factors that may influence substance addiction, helping them to isolate sexual abuse as a predictor.

“Overall, childhood sexual abuse was more strongly associated with drug or alcohol dependence than with any of the psychiatric disorders, “ says Dr. Kenneth Kendler, lead author on the study. Although duration and severity of abuse correlated to the emergence of psychiatric illnesses such as mood and anxiety disorders, “only drug and alcohol dependence were significantly associated with all levels of abuse.”

While research has shown that women in drug addiction treatment programs report high levels of childhood sexual abuse, participants in this study included both women who had sought treatment and those who had not. “This study has particular significance because it is based on data from women in the general population,” says Dr. Cora Lee Wetherington of NIDA’s Division of Neuroscience and Behavioral Research. “This study, the first to document [high rates of childhood sexual abuse amongst women experiencing addiction] in a nonclinical population, is particularly important in addressing questions concerning the relationship between sexual abuse and patterns of drug abuse and addiction.”

Women, of course, aren’t the only victims of sexual violence, and childhood sexual abuse often plants the seeds of addiction in men as well. Joshua Frogg knows this all too well. Frogg “is one of an estimated 500 victims of the former Anglican priest, [Ralph Rowe], who flew his own plane into remote First Nations in the 1970s and 80s” in Canada. Rowe has since been convicted of multiple sex crimes. But for the victims, Rowe’s conviction offers little comfort, and Frogg believes that the sexual abuse perpetrated against First Nations people by Rowe and others goes some way towards explaining the high rates of addiction in indigenous communities. “People should be aware of why there is so much alcoholism, there’s so much drug use, there’s so much negative social impacts on our communities,” says Frogg. “It’s a result of issues that happened when we were children, issues of sexual abuse, issues of violence.”

James Mamakwa, who was also abused, directly attributes his addiction to his sexual abuse, an addiction that eventually led him to become a drug dealer to support his habit. Now sober, Mamakwa too wants to share his story to raise awareness about the devastating impact of childhood sexual abuse. But it took him a long time to get there, and healing from addiction required coming to terms with the psychological aftermath of his abuse. “I had already accepted that I was sexually abused,” he explains. “But I had to let go of the anger, the blame, blaming myself and blaming my parents, blaming my community, blaming the church. I had to let all of that go. And I did.”

Unfortunately, male survivors, perhaps even moreso than females, are often reluctant to speak out and seek the help they need to heal, due to the fierce social stigma. Despite the fact that an estimated 10% of rape victims are men or boys, they have disproportionately lower formal reporting rates, as well as lower overall disclosure rates in both personal and clinical contexts, leaving many to struggle with the aftermath alone.”We have language for ‘gateway drugs’ but fail to identify gateway experiences,” writes Jim LaPierre, a recovery ally and mental health therapist. “There’s little or no shame in admitting to alcohol or marijuana use. There are a myriad of obstacles to discussing a history of sexual abuse. The degree to which surviving traumatic experiences in childhood lead us toward addiction and alcoholism cannot be overstated.”

If you are struggling with drug addiction and have experienced childhood sexual abuse, comprehensive dual diagnosis treatment gives you the best chance of recovery. At Alta Mira, we offer compassionate dual diagnosis care that allows you to explore the effect sexual violence has had on your well-being within a safe, supportive environment, using a spectrum of evidence-based clinical, experiential, and holistic therapies. Here, you can gain a deeper understanding of the relationship between sexual abuse and your addiction, as well as the ways these experiences have influenced your relationship with yourself and the world around you. Simultaneously, you will develop the skills you need to break through the shame and silence that so often haunt survivors, and rediscover your authentic self to create meaningful emotional and behavioral change. With the help of experienced clinicians and supportive peers, you can find strength you did not know you have, and create true and lasting transformation.

Alta Mira offers a comprehensive suite of addiction treatment options for people struggling with drug and alcohol addictions as well as co-occurring mental health disorders and process addictions. Contact us to learn more about our renowned programs and how we can help you or your loved one start the journey toward healing.