What is the Difference Between OxyContin and Oxycodone? The Opioid Crisis in Context 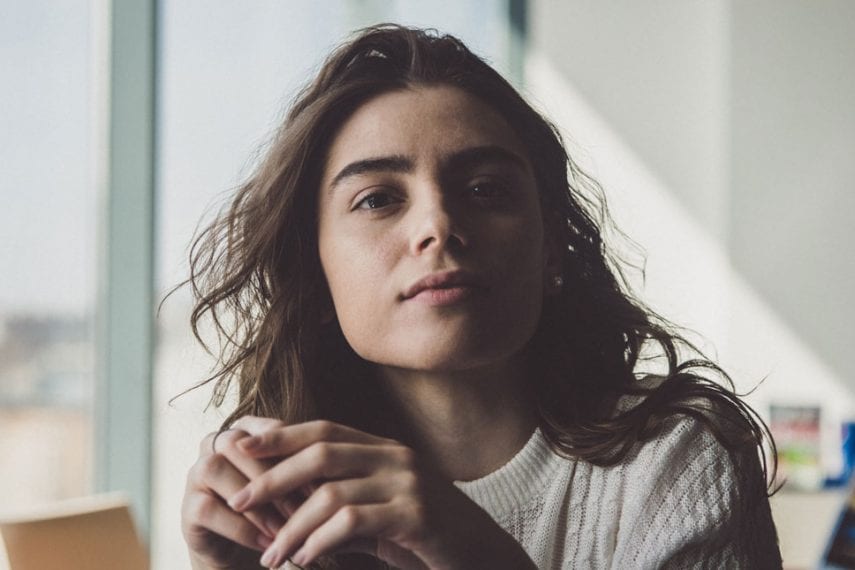 What is the difference between OxyContin and oxycodone? At first glance, this question may seem to have little to do with your loved one’s prescription opioid addiction. But exploring the answer can help you understand the origins of today’s opioid crisis and the cultural context for your family member’s struggle. Not only did OxyContin introduce a high-risk opioid to users, the marketing campaign that accompanied its release disseminated lies that fundamentally changed the way all opioid painkillers were prescribed in the United States. While healing from the opioid epidemic on a cultural level will take time, the best thing you can do to promote healing for your family member is to help them connect to comprehensive addiction treatment.

As the opioid epidemic continues to weave its destructive path across the United States, families across the countries are left to struggle with questions they never thought they’d be asking. Why did this happen? What went wrong? Why can’t you just stop? Identifying and understanding your loved one’s addiction can be a long and difficult process that involves finding answers to questions both practical and existential in order to create a cohesive picture of how addiction took hold.

However, to truly appreciate the evolution of your loved one’s prescription opioid addiction, one question can be particularly illuminating: what is the difference between OxyContin and oxycodone? Even if your loved one’s drug abuse has never involved either, the answer will give you deeper insight into the history of today’s opioid crisis and allow you to place your loved one’s individual journey in a broader cultural framework.

The Difference Between OxyContin and Oxycodone and Why it Matters

Oxycodone is the generic name of a semisynthetic opioid pain medication estimated to be twice as potent as morphine. Originally developed in 1917, its immediate-release formulation is indicated for the treatment of both acute and chronic pain and is now included in a variety of branded formulations, such as Percocet, that offer a variety of administration methods. But while oxycodone is highly effective for alleviating pain, it is also highly addictive. In fact, “the United Nations Office on Drugs and Crime classified it as a dangerous drug as part of The Dangerous Drugs (Amendment) Ordinance” in 1960 precisely due to the high risk of addiction inherent to the drug. Cognizant of this, the medical community generally approached oxycodone and other opioid prescriptions with some degree of caution for decades. When OxyContin was released in 1995, however, that changed.

OxyContin is an extended-release version of oxycodone developed by Purdue Pharma ostensibly to create a safer opioid that offered patients long-lasting relief from pain while minimizing the risk of addiction. In order to set OxyContin up for optimal success, Purdue devoted significant resources to countering concerns regarding the dangers of opioids from the outset, casting their drug as a viable solution to a plethora of conditions that went far beyond traditional therapeutic opioid use. “The company funded research and paid doctors to make the case that concerns about opioid addiction were overblown, and that OxyContin could safely treat an ever-wider range of maladies,” writes Patrick Radden Keefe in The New Yorker. “Sales representatives marketed OxyContin as a product to ‘start with and to stay with.’”

The strategy worked; in its first four years of release, sales of OxyContin would increase by over 2,000 percent, accounting for $1.1 billion in sales in 2000 alone. But OxyContin as a product wasn’t the only thing Purdue was selling; where Purdue really succeeded was in marketing the idea that opioids as a class could be used safely and effectively by a wide variety of users, for a wide variety of conditions, without significant risk of addiction. Their campaign fundamentally changed attitudes of both clinicians and patients, creating an extraordinary shift in prescribing practices that many believe to be the genesis of the opioid crisis. “If you look at the prescribing trends for all the different opioids, it’s in 1996 that prescribing really takes off,” says Andrew Kolodny, co-director of the Opioid Policy Research Collaborative at Brandeis University. “It’s not a coincidence. That was the year Purdue launched a multifaceted campaign that misinformed the medical community about the risks.”

The Hidden Risks of OxyContin: Dismantling the Lie of the Harmless Opioid

Much of the misinformation disseminated by Purdue pertains to OxyContin specifically. The primary selling point of OxyContin was the claim that it could provide pain relief for up to 12 hours. In contrast, the effects of immediate-release oxycodone only last for a few hours before re-dosing is necessary, which the medical community largely agrees that it increases addiction risk. “Pharmacology research has long suggested that drugs which take effect slowly and last for a long time are likely to be less addictive than those that hit fast and crash after,” writes Maia Szalavitz in Vice. “In fact, that’s at least part of why FDA officials felt they were on safe ground when they approved OxyContin.” But OxyContin users could easily get around the extended-release mechanism by crushing their pills and snorting them, creating an injectable solution by dissolving pills in water, or even simply by chewing the pills. These tampering methods allow the oxycodone to be released immediately and, unlike with Percocet, there are no additional ingredients like acetaminophen to minimize the risk of overdose.

Additionally, a Los Angeles Times investigation in 2016 found that even when OxyContin is used as prescribed, it carries a significant risk of addiction because it often doesn’t last for 12 hours in the first place. “Purdue has known about the problem for decades. Even before OxyContin went on the market, clinical trials showed many patients weren’t getting 12 hours of relief,” Harriet Ryan, Lisa Girion, and Scott Glover write for the Los Angeles Times. “Since the drug’s debut in 1996, the company has been confronted with additional evidence, including complaints from doctors, reports from its own sales reps, and independent research.” Despite this evidence, Purdue insisted on the validity of its 12-hour claim and, rather than increasing dosing intervals, they advised physicians to prescribe stronger doses of OxyContin, driving users deeper into addiction and leaving them in regular periods of withdrawal if kept on a 12-hour schedule. As Theodore J. Cicero, a neuropharmacologist at the Washington University School of Medicine, says, “That becomes a very powerful motivator for people to take more drugs.”

Once addicted to OxyContin and unable to find relief for constant withdrawal through above-board means, many legitimate users graduated to illicit opioid use, whether through illegally procured OxyContin tablets, other prescription opioids, or heroin. However, while Purdue may have thrown users into withdrawal by advising physicians to keep patients on a dosing schedule that did not match the duration of efficacy, OxyContin users are not unique in their migration from legitimate to illicit drug use.

The fact that Purdue Pharma misled clinicians and the public about the addictive potential of OxyContin isn’t a new revelation; Purdue and their parent company have been involved in multiple lawsuits over the years involving misbranding and deceptive marketing practices. However, Purdue’s deception extended far beyond just OxyContin. Purdue’s efforts to normalize opioid use and minimize the perception of risk led to a general proliferation of opioid prescriptions. Even today, physicians in the U.S. write opioid prescriptions at a rate that is three times higher than in 1999 and “four times higher than opioid prescription rates in Europe.” Since then, prescription opioid-related overdose deaths have quadrupled, totaling over 183,000 deaths between 1999 and 2015. Meanwhile, over 2 million Americans abuse or are dependent on prescription opioids each year and an untold number make the transition from prescription opioids to heroin and other black market drugs. According to a spokeswoman from the National Institute on Drug Abuse, almost half of young people who currently use heroin say they got their start with prescription opioids.

So what is the difference between OxyContin and oxycodone? In chemical terms, nothing. OxyContin is oxycodone with an extended delivery mechanism. But in cultural terms, the incarnation of oxycodone as OxyContin forever changed lives of millions of people in the United States. While a growing number of individuals and organizations are hoping to hold Purdue accountable for igniting opioid crisis, families are left to grapple with the addictions that have already taken hold.

If your loved one is struggling with opioid addiction, it is imperative that you guide them toward a high-quality addiction treatment program as soon as possible. Opioid addiction is well-known to be one of the most difficult forms of addiction to recover from owing to the powerful neurological changes produced by opioid use. Modern, comprehensive addiction treatment programs, however, integrate cutting-edge, evidence-based therapies with 12-step wisdom to create holistic healing experiences that allow clients to find lasting freedom from opioid abuse. From medically supervised detox to continuing care planning and everything in between, these programs give your loved one the tools necessary to participate in a truly transformative recovery process. Surrounded by expert clinicians and compassionate peers, your family member can delve deeply into the roots of their substance abuse, identify and remove obstacles to healing, and develop meaningful strategies for durable change. If your loved one struggles with chronic pain, their treatment team will work with outside treatment providers to ensure the full scope of their needs is addressed.

Of course, you also play a vital role in your loved one’s recovery. By connecting with a treatment program that offers specialized family programming, you will have the opportunity to participate in your loved one’s treatment process while also getting the support you need during your own recovery journey. Together, you can create a strong foundation for a brighter future in which your loved one can realize their true potential and live a more authentic, purposeful, and peaceful life.