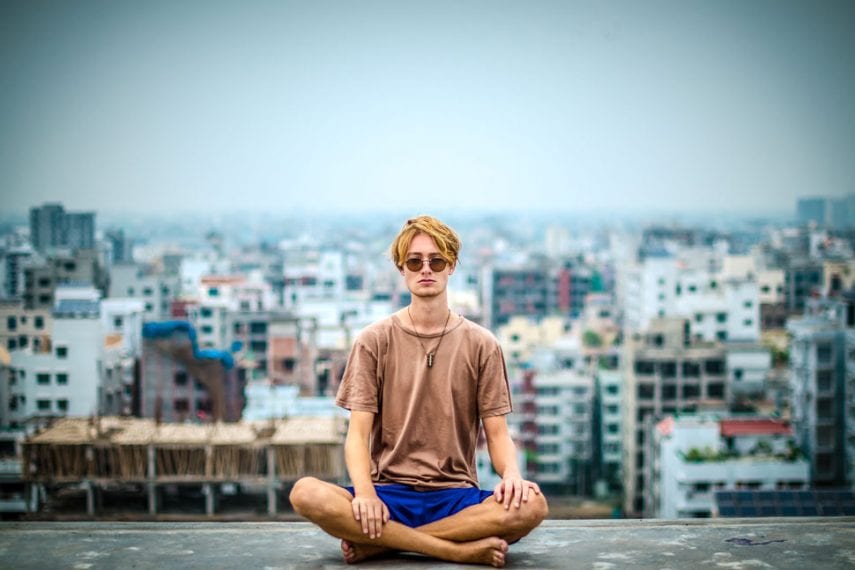 Cocaine’s portrayal in popular culture misrepresents the dangerous nature of the drug and the many people who are addicted to it. Using mindfulness meditation to better understand your mind, you can gain awareness of your triggers and reactions and loosen the grip that cocaine addiction has on your mind and body. Getting to know yourself and your addiction better can start you down the road to a drug-free life.

Cocaine is the most powerful natural stimulant and one of the most addictive drugs there is, second only to methamphetamine in terms of psychological dependence. Its perception in popular culture is ripe with glamor and glorification, pushing it closer into the territory of a socially acceptable pastime that can be sprinkled in with a weekend of partying. Despite this perception of safety, cocaine addiction can rear its head with almost no warning and send your life spiraling out of control.

“When you first get addicted, it doesn’t feel like an addiction,” said an anonymous former cocaine addict. “It cures boredom, it makes you feel incredibly cool and powerful, like no one around you is cool enough to be in on the joke. After a couple years of this, I could not imagine not using. I was using minimum three times a week. I was missing work, scaring friends and parents, being out until dawn, sometimes later. I started using solo rather than with friends. It became all-consuming, and I had to have it.”

Addiction to cocaine is both physical and mental, but perhaps the hardest part about recovery is breaking free of its grip on your mind. Cocaine hijacks the reward system in your brain, and once you’re deep enough into addiction, certain triggers—such as places you do cocaine frequently and friends with whom you do it—lead to cravings that can seem irresistible. Without the proper coping tools and an understanding of how these thoughts can push you to act on your cravings, cocaine addiction can feel like an endless cycle that you will never break free from.

Mindfulness meditation is a practice that places emphasis on the awareness of every moment and the acknowledgment of each thought and emotion that surfaces during these moments. The goal of this practice is not to change or alter these thoughts and emotions, but instead to change the way that you react to them as they surface. Over time, you will become better at this practice, and the negative sensations that you experience will hold less weight, ultimately loosening the grip that they have over your actions and emotions. Numerous studies have highlighted the ability of mindfulness to promote positive feelings, making it an increasingly popular tool in the Western world for helping bolster psychological well-being.

Loosening the Grip of Cocaine Addiction

When it comes to cocaine addiction, as well as other addictions, mindfulness practices can give you the ability to observe and understand the thoughts and feelings that lead to cravings. Without this awareness, you lack the ability to distinguish between the positive and negative thoughts and sensations that you experience, and you are much more likely to give into cravings due to the temptation of instant pleasure. Indeed, compared to standard treatments, individuals who went through mindfulness-based treatments have shown less substance use between the time of treatment and the six-month follow-up.

Mindfulness has also been shown to decrease levels of the stress hormone cortisol, which has been implicated in the process of cocaine addiction. One study suggests that stress reduction is a key process in reducing cravings in cocaine addicts and making abstinence an easier process. It also promotes the release of serotonin—sometimes referred to as the “happy” neurotransmitter—and endorphins, the hormones essential for promoting a sense of happiness and well-being. Ultimately, mindfulness provides you with an alternative channel of pleasure that can be substituted for the pleasure that cocaine gives you.

The positive benefits of mindfulness meditation, in terms of both your mental and physical state, can help you push through the grueling process of cocaine addiction. Understanding how your moment-to-moment experiences can lead to cocaine use and taking advantage of the positive emotions created through mindfulness meditation can shine light on your life and help you realize that getting clean is a completely attainable goal.

Getting to Know Yourself and Your Addiction

Falling into cocaine addiction is something that can happen faster than you realize. Although its popularity remains steady and its promotion in popular culture might make it seem like a harmless way to have some fun, the severity of addiction to this drug should never be undermined. Realizing that you have an addiction is completely different than accepting the fact—only through this acceptance can you truly begin your path to recovery.

Using mindfulness meditation in combination with other holistic therapies during the process of a medically supervised detox, you can get to know yourself and your addiction better through the promotion of an awareness and understanding of the thoughts and emotions that lie at the core of your addiction. Once you grasp the nature of these thoughts and sensations, you can learn to live with them and prevent them from promoting drug-seeking behavior.

Alta Mira offers comprehensive addiction rehabilitation that utilizes the benefits of mindfulness meditation for individuals addicted to cocaine that want to receive treatment in a safe, non-judgmental environment. If you or a loved one is suffering from cocaine addiction, contact us today to learn more about how our programs can help you understand and control the thoughts and emotions that underlie addictive behaviors.