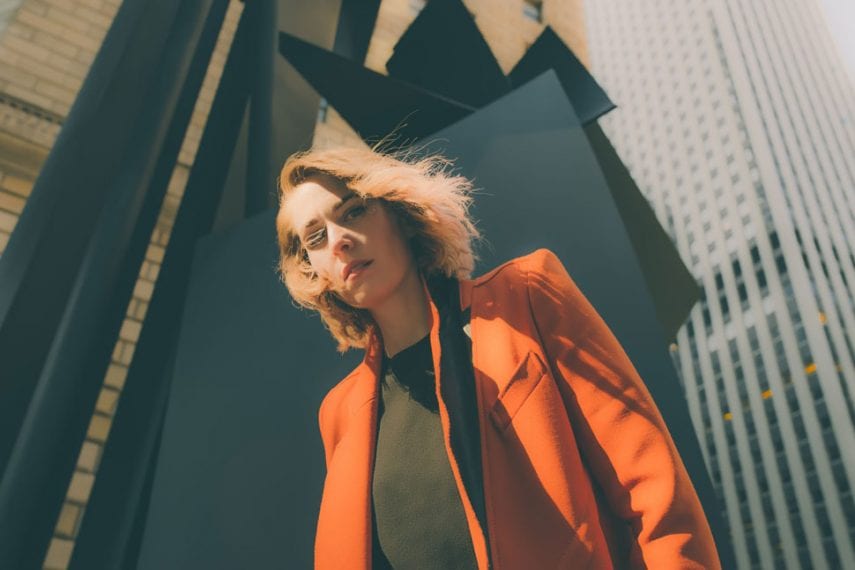 Drug-induced psychosis can be a frightening phenomenon that obscures your sense of reality and leaves you feeling separated from the world around you. So what are its symptoms, how long does it last, and how is it diagnosed? By demystifying drug-induced psychosis and understanding its relationship to primary psychotic illnesses, you can gain a more complete picture of this dangerous condition and understand why residential treatment is often needed to heal.

Alex was lost. The school hallways she walked in every day made no sense, and she found herself feeling disoriented in a once-familiar maze. As she wandered the campus, she was overtaken by an unshakable anxiety and nothing seemed right. “I really knew I needed medical attention,” she says as she recounts the day her life changed.

For Alex, the cause of her disorientation wasn’t a mystery. The day before, she had smoked pot with her friends, a habit she had gotten into in the hope of fitting in socially. “I never thought there was anything wrong with that because that was what my friends were doing,” she remembers. And for a while, nothing went wrong. Until one day it did. “On this day I did get high, I got really high. I didn’t enjoy the experience.” Her friends reassured her that she would feel better as soon as she came down, but hours later she still felt the uncomfortable high as acutely as she had that morning. The next day she started stumbling through the hallways. “I lost my ability to rationalize things. I was no longer able to differentiate what was real and (what) was not real,” she explains.

Doctors quickly identified her condition as drug-induced psychosis. But despite her swift diagnosis, it would take a long time for Alex to regain a sense of normalcy. “It took almost two years before I could go back to work,” she says. Now, she tours campuses to share her experience and warn others of the dangers drugs can hold. “If I could make even one person think twice about their actions about using drugs and even just smoking pot, that is what I want.”

Like Alex, many drug users don’t think much about drug-induced psychosis, particularly if they are using drugs they perceive to be low-risk, such as marijuana. But some believe this condition is becoming more common as the use of certain stimulants increases, marijuana becomes more potent, and new designer drugs enter the market. So how long does drug-induced psychosis last, what are the symptoms, and how is it treated? By exploring the answers to these questions, you can gain deeper insight into this troubling condition.

The Symptoms of Drug-Induced Psychosis

Drug-induced psychosis can be caused by both the use of, and withdrawal from, a range of substances, including marijuana, alcohol, illicit and prescription stimulants (including cocaine, methamphetamine, and ADHD medications), and hallucinogens (including MDMA, LSD, and PCP). Some newer, synthetic drugs that fall under the category of “bath salts” are also known to cause psychosis. Although opioids are not typically associated with psychosis, it is possible that some users may experience psychotic symptoms.

Unfortunately, drug-induced psychosis is often spoken about primarily in the context of particularly vicious violent crimes; perpetrators recount hearing voices directing them to commit heinous acts they would never normally be capable of, or holding delusional beliefs that drive them to extreme acts. While these narratives speak to the possibilities present within states of drug-induced psychosis, their extremity can make the condition feel so foreign and implausible that you may fail to appreciate the risk of experiencing anything resembling it yourself. However, drug-induced psychosis can express itself in a variety of ways, few of which involve violent tendencies. Understanding the symptoms of drug-induced psychosis is essential to recognizing these experiences for what they are and seeking treatment as soon as possible.

Specific symptoms of drug-induced psychosis include:

These phenomena may be accompanied by symptoms such as mood changes, sleep disturbances, loss of energy, poor motivation, social withdrawal, the inability to experience pleasure, and flat affect.

How Long Does Drug-Induced Psychosis Last?

Drug-induced psychosis has no set timeline. While some psychotic experiences are very limited in duration, lasting only hours, others persist for weeks, months, or even years, long after the drug has left the body. The exact duration can depend on which drug or combination of drugs you are using, dosage, and how long you have been using. Although psychosis may appear during intoxication, it can also emerge when use stops and withdrawal begins. For example, people with long-term alcohol addiction may experience alcohol hallucinosis during or after use, while delirium tremens occurs only when alcohol use is discontinued.

Although drug-induced psychosis is, by definition, attributable to drugs themselves, it may be possible for substance abuse to uncover latent, chronic psychotic illness such as schizophrenia, bipolar disorder, depression, or anxiety. While there is no evidence that these conditions can be caused by drug use, some researchers believe that drug use can potentially act as a trigger for psychotic illness in people who are already predisposed to such conditions and lead to earlier illness onset. In these cases, your symptoms will not resolve with substance use discontinuation and will require ongoing management throughout your life.

The Importance of Accurate Diagnosis

Drug-induced psychosis can be a frightening and deeply destructive experience with long-lasting repercussions. However, the fact that your psychosis occurred at a time of active substance use or withdrawal doesn’t necessarily mean that it is drug-induced. As such, it can be a complex condition to diagnose and requires accounting for the possibility of an underlying primary psychotic illness. It is imperative to seek diagnosis and treatment by clinicians with the expertise necessary to differentiate between psychotic types.

The first step to achieving diagnostic clarity is to discontinue drug use. Medically supervised detox programs provide safe, supervised environments in which to go through the withdrawal process comfortably while minimizing the risk of withdrawal-related psychotic experiences. If you are experiencing psychotic symptoms during this time, antipsychotics may be used to alleviate these disturbing symptoms and give you the stability you need to engage in diagnostic testing and treatment.

The next step is to participate in a comprehensive assessment process that includes clinical interviews as well as psychological and neuropsychological testing. This will include discussions about:

While the symptoms of drug-induced psychosis and primary psychotic illness can appear to be similar, there are nuances that can help clinicians to differentiate between them. For example, dissipation of psychotic symptoms upon drug discontinuation can suggest that the psychosis was drug-induced, whereas persistent psychosis suggests that you may have an underlying psychotic illness. Similarly, symptoms that are isolated to periods of heavy drug use or withdrawal are more likely to suggest drug-induced psychosis, whereas psychotic illness may cause a variety of symptoms prior to drug use, even if psychosis itself only emerges during a period of drug use. The pattern of presentation of negative and positive symptoms and response to antipsychotic medication can provide important clues about the nature of your psychotic experiences.

The Value of Residential Treatment

The complexity of achieving diagnostic clarity in cases of suspected drug-induced psychosis and the need for medically supervised detox means that residential treatment programs specializing in dual diagnosis treatment are typically the best setting in which to begin the recovery process. These programs afford the close monitoring necessary to develop a complete picture of your psychological condition. They also give you the time and space to engage in treatment designed with your individual needs in mind.

Through a comprehensive curriculum of evidence-based individual, group, and holistic therapies, you can investigate the roots of your substance use disorder while also exploring the impact of any co-occurring mental health disorder you may have. With the guidance of compassionate clinicians, you can develop the skills you need to break free from drug use and process your psychological distress in healthy ways. If you do struggle with a primary psychotic disorder, your psychiatrist will also create an effective, well-tolerated medication plan for you to gain control of disruptive symptoms. Throughout this process, you will be surrounded by peers who understand your struggles and act as invaluable sources of support as you begin rebuilding your life and creating a strong foundation for ongoing wellness.

Experiencing psychosis can be profoundly damaging regardless of its cause. But understanding the nature of your psychosis and engaging in the best treatment for your individual situation gives you the opportunity to heal from this damage and restore your sense of balance. With the right care, you can create lasting freedom from drug use and open up new possibilities for joy, stability, and connection.

Alta Mira offers comprehensive treatment for people struggling with substance use disorders such as drug-induced psychosis as well as co-occurring mental health disorders. Contact us to learn more about our innovative Northern California programs and how we can help you or your loved one start the journey toward recovery.