Slipping Away: The High Stakes of Co-Occurring Opiate and Benzodiazepine Addiction 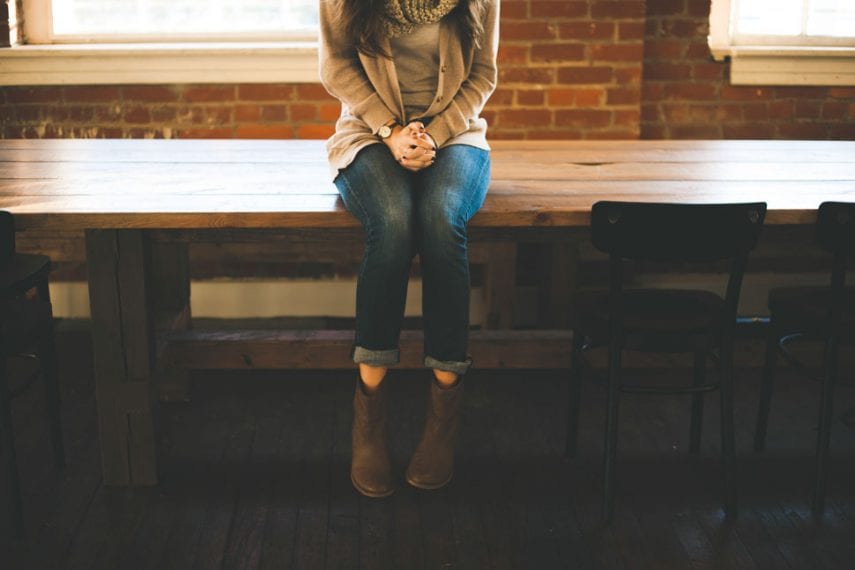 When Sayra Small was in her early 20s, she found a new love: benzodiazepines. Initially prescribed to ease her anxiety, she soon discovered that combining them with prescription opioids only deepened her newfound adoration. “When you first start using opiates you instantly get the rush. Well, for me, I loved the rush but that wasn’t about it, “ she says. “It was the feeling afterwards of just feeling so content. Lots of people call it ‘the nod.’ And that stops happening after a while just using opiates. So, it’s the benzos and the opiates together that still produce that nod. It feels very easy when you’re feeling that way, too, like you could just slip away.” Her rapidly intensifying opiate and benzodiazepine addiction led to a series of overdoses before she entered addiction treatment and broke free from her dependency. But not everyone is so lucky.

The Rise of Co-Occurring Opiate and Benzodiazepine Addiction

The danger of co-occurring opiate and benzodiazepine addiction is a growing concern within the medical community as recreational drug users increasingly seek to augment the effects of both illegal and prescription opiates by turning to substances like Xanax, Ativan, Klonopin, and Valium. Premedication with benzodiazepines prior to opiate use enhances feelings of euphoria and reinforces neurochemical rewards, strengthening the addictive drive for both substances. For users like Sayra who have developed a tolerance to opiates that reduces their the intensity of their experience, benzodiazepines can reactivate pleasurable effects and heighten potency, while others turn to benzos to create a soft landing while coming down, relieve withdrawal symptoms, or tide them over between opiate doses. As a result, up to 60% of heroin users report injecting benzodiazepines, and up to 50% of those entering treatment for opiate addiction also report co-occurring benzodiazepine abuse, although experts suspect the number may be even higher, as users tend to underreport.

As the concurrent use and co-addiction amongst purely recreational users is growing, so too is therapeutic co-prescription as people seek relief from pain and concomitant anxiety, mood, or sleep disturbances. People with opiate prescriptions are 4.2 times more likely have a benzodiazepine prescription than the general population and opiate-benzodiazepine co-prescription keep growing, increasing 12% yearly. While prescription opiates and benzodiazepines each carry the potential for abuse and addiction individually, their mutually reinforcing effects put people with legitimate medical needs at heightened risk. Carolyn Alfieri, a recovering addict who now serves as a drug treatment program advisor, is seeing an increasing number of clients who come to treatment after developing debilitating opiate and benzodiazepine addictions. “Middle-age women my age are mixing their prescription pain meds with Valium and Xanax,” she says. “It’s alarming.” For many, the consequences of these powerful addictions are not only emotionally devastating, but life-threatening.

One Plus One Equals Three

Research has repeatedly found that polydrug abuse is “a significant predictor of drug overdose.” Studies reveal that 62-72% of those treated for overdose had taken more than one type of drug at the time of overdose—and the rate may be as high as 98% in fatal overdoses. While many assume that heroin is the primary source of opioid overdose, prescription opioids like OxyContin, Percocet, Fentanyl, and Vicodin are responsible for five times as many overdose deaths as heroin. Benzodiazepines closely follow prescription opioids in lethal pharmaceutical overdoses, and when the two are combined, the results can be explosive. As Dr. Michael Kelly, medical director of behavioral health at St. Mary’s Regional Medical Center, says, “Benzodiazepines and the opiates both can cause death when you take too much of them. But they potentiate each other — they make each other stronger. And so one plus one doesn’t equal two; it equals three or four.” Benzodiazepines have been implicated in 50-80% of heroin-related deaths and 40-80% of methadone-related deaths. Overall, full 30% of those who die from opiate overdoses were also using benzodiazepines, including Heath Ledger, Philip Seymour Hoffman, and River Phoenix.

What makes the pairing of opiates and benzodiazepines so uniquely deadly is the way the drugs conspire to disrupt normal central nervous system functioning and depress respiration, resulting in cardiac arrest. This risk of respiratory depression is a major concern in anesthetic use of opiate-benzodiazepine combinations, and close monitoring by highly trained medical professionals is necessary for safe administration of the drugs for anesthetic purposes. Even within carefully controlled medical environments, anesthesiologists have observed “prolonged respiratory depression” amongst some patients and manual ventilation is sometimes necessary to induce respiratory function. In fact, the lethal potential of opiate-benzodiazepine combinations recently led the state of Ohio to turn to such a pairing for the purposes of capital punishment, as traditional execution drugs like pentobarbital or sodium thiopenta were in short supply. In the hands of recreational users and addicts, even those with medical training, the risk of unintentional respiratory depression is significantly heightened, particularly as users take increasingly potent doses to compensate for tolerance and to achieve ever-greater highs. Further complicating matters is the fact that overdoses caused by simultaneous opiate and benzodiazepine use may not respond as positively to treatments like Naloxone, and may necessitate opioid antagonist dosages that differ from those used to treat opiate overdose alone.

The addiction experts at Alta Mira have the expertise to untangle the complex relationship between opiate and benzodiazepine addiction—whether your addiction began through legitimate therapeutic use or recreationally. Our detox specialists can guide you through the withdrawal process with medically supervised detox services that allow you to safely discontinue drug use with minimal discomfort. Once you are ready, you begin a transformative journey of personal growth as you examine the roots of your addictive drive, uncover obstacles to healing, and develop strategies for managing distress without resorting to damaging drug use. Through our innovative mix of evidence-based clinical care and holistic therapies, you can rediscover and nourish your authentic self within an immersive, serene environment where each person’s unique needs are honored. If your addiction evolved from the treatment of chronic pain or other physical issues, we can both harness our own internal resources and work with external care providers to provide healthy, effective treatment alternatives that improve your quality of life. Meanwhile, our experienced psychiatrists and therapists give you the tools you need to alleviate psychological suffering and enhance emotional functioning. With the support of compassionate clinicians and peers, you can find freedom from substance abuse and move forward to create the life you want.

Alta Mira offers comprehensive treatment for people struggling with co-occurring opiate and benzodiazepine addiction. Contact us to learn more about our extraordinary residential program and how we can help you or your loved one take the first steps towards recovery.