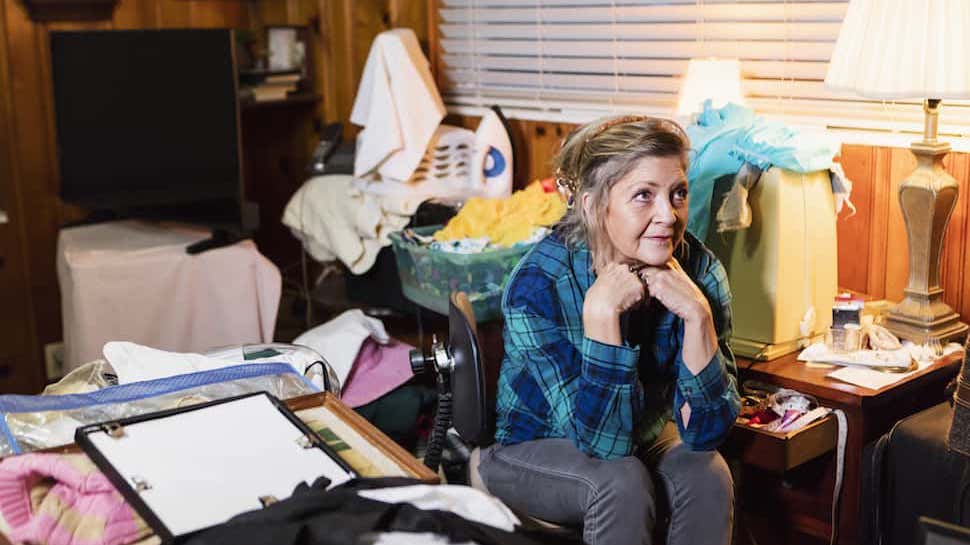 Diogenes syndrome is a condition that affects at least one in every 2,000 people, most of whom are elderly. It is marked by extreme self-neglect of self and environment, and detachment from other people and the world in general. People who suffer its self-destructive symptoms may turn to drugs and alcohol to cope, and that puts them at grave risk for substance dependency. Addiction and Diogenes are a challenging combination to overcome, but with comprehensive care and recovery services a return to good health is achievable.

What Is Addiction and Diogenes Syndrome?

People who develop Diogenes syndrome experience a gradually expanding disconnect with the surrounding world, and with their own emotional and biological needs. The condition is marked by extreme self-neglect and a loss of interest in cleanliness, order, and hygiene in general. It is generally associated with aging, but Diogenes syndrome has been diagnosed in people under the age of 65 as well.

Men and women with Diogenes syndrome frequently live in squalor and deprivation, as they lose the capacity and motivation to keep themselves or their homes clean and presentable. They often resort to hoarding behavior, cluttering their environments with useless or inessential items. Their self-neglect is so severe that it often puts them at grave risk for health complications, and without intervention their self-care skills may atrophy to the point of non-existence.

Among the many effects of Diogenes Syndrome is an increased risk for substance abuse and dependency. Men and women with this condition may turn to drugs and alcohol as a way of dealing with the stress, turmoil, and unhappiness their condition causes, which is a common pattern in those who experience extreme mental disturbances.

There are two varieties of this disorder:

Studies have found that each type represents about half of all diagnosed cases of Diogenes syndrome.

Diogenes syndrome is identified by other labels, including severe social breakdown syndrome and self-neglect syndrome. It is believed to be rare, with current estimates of a .05 percent incident rate for people age 60 and over (that is one out of every 2,000 adults).

However, Diogenes syndrome has not been extensively studied and many mental health professionals believe it occurs more frequently than realized. In one sample, 30 percent of those who demonstrated its symptoms were under the age of 65, but data on the incidence of Diogenes syndrome in non-elderly population groups are scarce.

Among the elderly population, substance abuse is a significant problem, and in many cases declining mental health is a precipitating factor in the misuse and overuse of alcohol, illicit drugs, and prescription medications. Approximately 2.5 million elderly Americans will deal with substance use disorders in any given year, and addiction to alcohol and/or drugs has been identified in many individuals diagnosed with Diogenes syndrome.

Symptoms and Diagnosis of Addiction and Diogenes Syndrome

There is an expectation that people will lose some capacity to care for themselves as they age. But total indifference to health, appearance, and the quality of the living environment are far from normal, and strong indicators that Diogenes syndrome may have developed.

The symptoms of Diogenes syndrome may include:

If laboratory tests, interviews with patients and their families, and extensive physical examinations rule out any obvious physical causes for such symptoms, mental health professionals and/or physicians may conclude that Diogenes syndrome (primary type) is the problem and recommend appropriate treatment.

On the other hand, if medical testing and examinations do uncover conditions known to cause such side effects, Diogenes syndrome of the secondary type may be identified and targeted within the context of a comprehensive, multifaceted treatment program.

If substance use accompanies Diogenes syndrome, chemical dependency can be diagnosed if two or more of the following symptoms are present:

Because Diogenes syndrome is both rare and generally a condition experienced by elderly people, the reasons for its appearance in younger men and women is not well understood. Risk factors for this group are likely similar, but more research is needed to establish that as a fact.

In general, social isolation, loneliness, grief, and a history of mental illness are also risk factors for substance use disorders. For example, widowers over the age of 75 have the highest rates of alcoholism of any group.

Drugs and alcohol may be used in an attempt to cope with Diogenes syndrome, leading to dependency, or addiction may occur independently but concurrently, based on shared risk factors.

Each year, drug overdoses and alcohol poisoning claim the lives of tens of thousands of Americans. Because of their inability to care for themselves and accurately estimate the impact of their own behavior, people with Diogenes syndrome who consume drugs or alcohol are at high risk for overdose, even in comparison to others with substance use issues.

Any time people with Diogenes syndrome are suspected of using intoxicants, they should be discouraged from pursuing that activity. If signs of overdose are observed (i.e., extreme drowsiness, incoherent speech, poor coordination and equilibrium, nausea and vomiting), companions should call 911 immediately to request emergency medical attention.

Diogenes syndrome of the secondary type occurs as a result of other mental or behavioral health conditions. In these cases, it is a symptom of a serious underlying condition, and treatment will be focused equally on every aspect of that condition.

Some of the health problems known to cause Diogenes syndrome as a side effect include:

Regardless of whether a person has been diagnosed with primary or secondary Diogenes syndrome, multiple mental health conditions may be present, especially when drug or alcohol dependency is in the picture. Anxiety disorders, mood disorders, and personality disorders may all co-occur beside Diogenes syndrome and addiction, and diagnosticians must make a concerted effort to uncover all existing conditions to make sure any treatment provided is thorough and customized to the individual needs of each patient.

Prognosis for Addiction and Diogenes Syndrome

There are special factors involved when providing residential mental health and drug addiction treatment for elderly patients. Diogenes syndrome is a condition that prevents sufferers from comprehending reality, and they may put up walls of denial that are difficult to break through because they are unaware of the depth of their problems.

While the process of recovery can be delicate, it can ultimately save the life of a person with Diogenes syndrome, since poor self-care skills combined with substance use can easily lead to illness and premature death.

Following the completion of detox, which is absolutely essential when substance use disorders have been diagnosed, patients with Diogenes syndrome and addiction should be enrolled in comprehensive dual diagnosis rehabilitation programs, in either an inpatient or intensive outpatient setting.

Under medically supervised care, they can undergo specialized therapy, in individual and family formats, designed to specifically address all of their symptoms, including those related to addiction and any underlying disorders responsible for their decline in self-care skills. Long-term treatment services will continue to be provided during aftercare, for as long as is deemed necessary by addiction specialists and mental health consultants.

Diogenes syndrome is not an easy condition to treat, and substance use disorders offer their own unique challenges. But with the skilled assistance of trained addiction specialists and mental health experts, and the compassionate intervention of loved ones, a person with Diogenes syndrome complicated by chemical dependency can overcome the most debilitating and self-destructive aspects of their conditions. With the proper support, they can get back to living in a way that is healthy and sustainable.