Is Kratom Legal? Exploring the Risks of New Herbal Stimulants 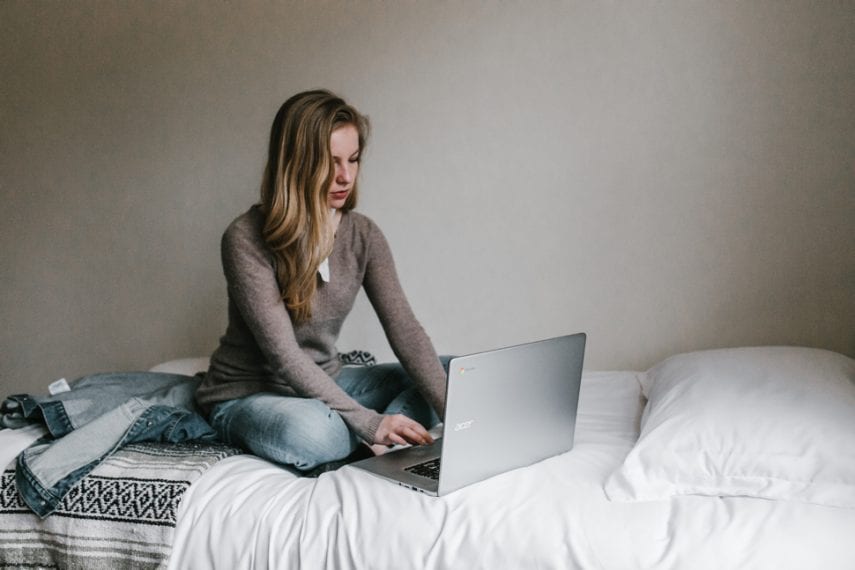 Kratom has long been used in Southeast Asian countries to alleviate a host of physical and emotional symptoms. As it enters the United States, however, new questions are being raised about its safety. So what is kratom? Can it make you high? Is kratom legal? Exploring the answers to these questions can help you understand why you need to pay attention to your loved one’s kratom use and know when to seek help.

In the United States, potentially abusable substances are typically strictly controlled. From classification of prescription drugs to the outright criminalization of most recreational substances, there is a robust apparatus in place designed to regulate who can use what and when. Even the minimum drinking age plays a part in this system, restricting access to harmful substances even when they are otherwise legal consumer goods.

However, despite the breadth of regulation, new drugs that fall outside the scope of current restrictions enter the market all the time, their very newness allowing them to elude legal restriction; the law does not always keep up with the market. While these drugs may end up being restricted or banned outright once regulatory bodies catch wind of them, their initial legality has already shaped public perception and introduced users to potentially harmful substances, who for a time enjoyed unfettered access.

Today, there is a multitude of such drugs on the market, from the many variations of club drugs that have not yet been captured by legislation to a growing number of herbal supplements purporting to alleviate a variety of ailments but sometimes used to produce legal highs. In recent months, one such drug has come to fill headlines due to both growing use and increasing regulatory efforts: kratom. However, kratom isn’t just a recreational drug; some believe it possesses legitimate therapeutic uses, and vehemently oppose any restriction on sales. If your loved one uses kratom, it is critical to understand more about this substance in order to help keep your loved one safe. What does kratom do? Can you get high from it? Is kratom legal? These are all questions to explore as you seek greater insight into your loved one’s drug use.

Kratom is an herbal supplement that comes from the Mitragyna speciosa tree that grows in Indonesia, Thailand, Mayasia, Myanmar, and Papua New Guinea. In these countries, Ian Lecklitner writes, “farmers and indigenous people have used the plant for hundreds of years as both a boost to increase work efficiency (low to moderate doses of kratom serve as a stimulant) and also at the end of the day to wind down (higher doses serve as a sedative.)” Additionally, kratom is purported to reduce pain. These qualities have brought the traditional Southeast Asian drug to the United States, where it is sold in head shops, health food stores, and online. It has gained a loyal following of users who say they derive a variety of significant benefits.

One of those people is Andrea, a 26-year-old recovering heroin addict. Hailing from a cozy, affluent New England town, Andrea’s addiction emerged following a horseback riding accident that left her with a broken collarbone and an Oxycodone prescription in her freshman year of college. Today, she credits her recovery to rehab, Suboxone, a fierce will to regain control of her life …. and kratom. “Kratom isn’t like heroin,” she says. “But it helps those cravings go away. Not by replicating the experience of being high, but by alleviating some of the darkness. It helps me feel better.” Today, she uses the drug when she feels the slightest pull toward relapse and also to cope with menstrual cramps.

Andrea’s experience isn’t unique; kratom has become known to many in the recovery community as a source of relief from active opioid withdrawal. “I don’t take it every day,” says one user, a recovering alcoholic who uses kratom to alleviate the depression and anxiety that persisted after he quit drinking. “I’ll take it, jump in the shower, eat something, drink coffee, and head into my 12-hour shift. I never feel high. I just see things clearer.”

Can You Get High From Kratom?

While those who purport therapeutic benefit from kratom typically insist that they do not get high from the substance, kratom’s ability to produce a high is the primary allure for others. According to an analysis of user reports submitted to Erowid, a website that catalogs recreational drug experiences, the most prominent feature of kratom use is intense euphoria, particularly at high doses. “Kratom seems to create a pleasant, mellow, and happy effect,” writes one user. “Body relaxation and mental calm” was reported by another. As Marc Swogger, author of the analysis, states, ”Numerous individuals described this effect as similar to that of opiates.”

Swogger’s analysis is important because, with a lack of empirical research into the recreational effects of kratom on users looking to get high, we are left to rely on individual user anecdotes. These reports lend us insight into trends regarding how people are using the drug, what they are experiencing while on the drug, and what happens when they discontinue using. Significantly, about 10% of users experience “problems with withdrawal after nonuse.” This suggests a potential for dependency, despite the much-touted non-addictive nature of kratom. Additionally, nearly 10% of users were using kratom “as a substitute for other drugs, mostly opioids.” This is significant because using a substance to ease withdrawal symptoms or to fight off depression in recovery is one thing; using a substance as a direct substitute for a dangerous drug in the pursuit of getting high, however, carries with it very different implications.

Kratom is currently legal in the United States (as of this writing). However, whether people are using kratom to fortify recovery or as a direct replacement for opioids, the connection between kratom and opioids is strong, and this is what currently threatens kratom’s legal status. Earlier this year, an announcement by the U.S. Food and Drug Administration (FDA) claimed that kratom has “opioid properties,” which may explain the ease with which kratom can replace opioids for some. According to the FDA, these opioid properties were evidenced by a “computational model developed by agency scientists” and used to support the argument that kratom has “potential for abuse, addiction, and serious health consequences, including death.”

The FDA statement is significant in demonstrates an intensification of the FDA’s interest in kratom and its potential dangers. But the FDA isn’t the only agency that wanting to restrict kratom sale and use. In 2016, the DEA announced that it would be classifying the active ingredients in kratom as Schedule I controlled substances to “avoid an imminent hazard to public safety” due to its “ability to produce opioid-like effects.” This announcement was met with such fierce resistance that the DEA eventually backed down, leaving kratom’s legal status intact. But the agency didn’t lose interest in kratom; rather, they asked the FDA to investigate the substance further, a project the FDA has since taken up.

Not everyone is convinced by the comparison of kratom to opioids, however. For instance, Jack E. Henningfield, a former National Institute on Drug Abuse addiction expert, points out that while kratom may bind to opioid receptors, it doesn’t carry the same risks as more dangerous opioid drugs. Its chemistry and biological effects are different, including an inability to produce the respiratory depression of traditional opioids. Henningfield believes that the FDA’s computational model does not take these differences into account, and that it therefore paints an unrealistic picture of potential danger.

Rather than viewing kratom as a looming peril, Henningfield and many others see it as a promising treatment in the fight against opioid addiction. “Kratom has helped many Americans get off of harmful, addictive opioids [and] manage pain, and its applications and uses should be further studied and developed—not banned,” says Jared Polis, a congressman from Colorado. Polis was one of the signatories of a bipartisan letter to the head of the FDA last fall, when the agency issued a public health advisory about the risks of kratom. The letter claimed that the “’beneficial potential, safety, and efficacy of kratom has been discussed, studied, clinically researched, and found to be the same as coffee’ according to studies funded by the National Institute of Health.”

Understanding When to Seek Treatment

The debate about kratom currently appears to have no easy answers. More in-depth investigations must occur to gain greater insight into the potential dangers and/or benefits of the drug for recreational users. At the same time, the possibility of using kratom as part of the opioid addiction recovery process should be fully explored so that we may evaluable its efficacy and create comprehensive guidelines for use to optimize therapeutic benefit. However, anecdotal evidence and the analysis of the Erowid reports do show abuse potential and a significant rate of withdrawal, suggesting addictive risk. This information should not be discounted; if someone is using kratom, it is essential to be watchful and to recognize signs of danger.

If your loved one uses kratom, talk to them about their use. Discuss the potential dangers of taking a non-FDA approved substance and help them investigate their relationship with the drug. If they are using it therapeutically, consider alternatives with known safety records. Explore whether they are self-medicating, leaving their true problems unaddressed. If your loved one has begun taking kratom frequently and in high doses or is experiencing withdrawal when they don’t take it, consider whether addiction has taken hold and urge them to seek treatment. Additionally, if they are taking kratom in an attempt to try to recover from opioid addiction on their own, urge them to seek comprehensive addiction treatment to ensure they address their full scope of needs and access therapies proven to support recovery.

It can be easy to believe that if a substance is natural and legal, that it is safe. For kratom, that may indeed be the case in some circumstances. However, substance abuse and addiction require the intervention of addiction specialists who can help your loved one identify the roots of their behavior and gain the skills they need to move forward. This includes uncovering any emotional or behavioral disturbances that drive their kratom use, including anxiety and depression as well as unresolved issues related to recovery from another substance. By working with compassionate clinicians who understand the unique struggles your loved one faces, they take back control of their life and forge a new, healthy path toward a brighter future.

Alta Mira offers comprehensive treatment for drug and alcohol addiction as well as co-occurring mental health disorders and process addictions. Contact us to learn more about our innovative program and how we can help you or your loved one start the journey toward recovery.